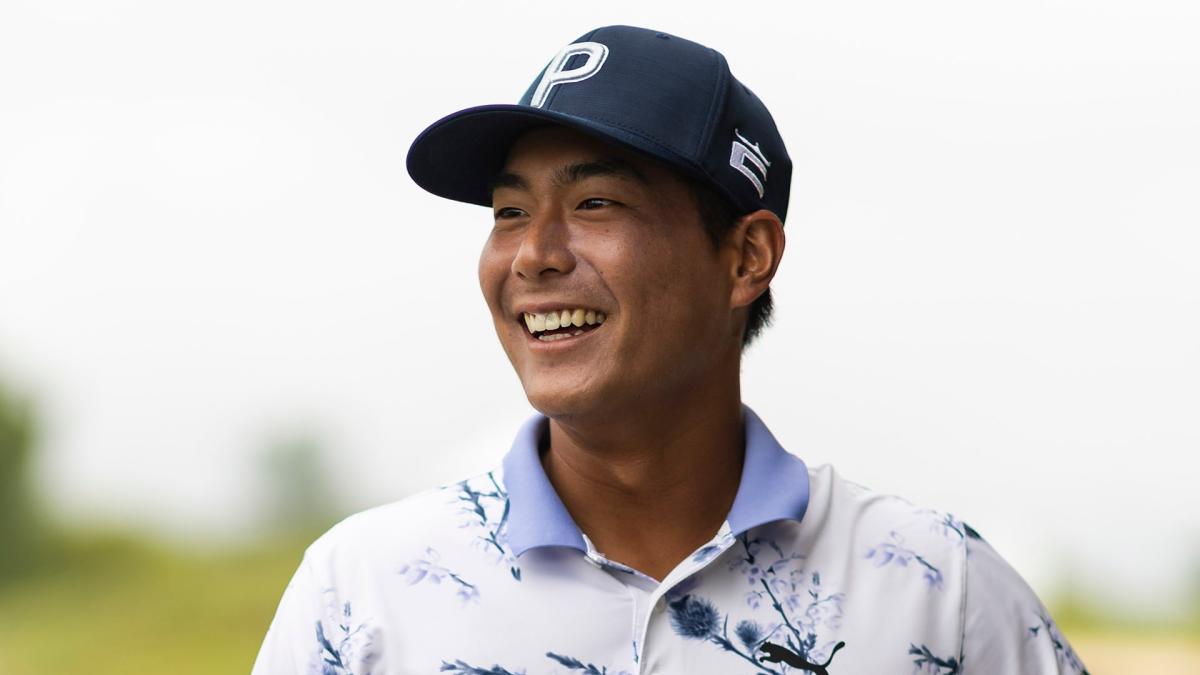 After missing another cut, Justin Suh needed to go home.

Though he had played well enough via some PGA Tour sponsor exemptions to earn his spot in last year’s Korn Ferry Tour Finals, another year of bouncing between tours without much status had taken its toll on the former world’s top-ranked amateur.

“Yeah, not a great time,” Suh put it simply.

Faulty fundamentals and limited competitive opportunities led to spotty play and inconsistent results, and a missed cut at the second of three Finals events – his fifth MC in six starts – sent Suh scrambling from Columbus, Ohio, in search of an answer. So, that Saturday he returned to familiar surrounds at Del Rio Golf Club in Modesto, California, and under the watchful eye of his instructor, Bill Johnson, Suh found his remedy by getting back to the basics.

They worked on setup, and only setup.

“And since then, that’s all we’ve worked on,” Suh explains just over a year later. “If my setup is good – I know my swing and I know the motion that I’ve always hit with my entire life, so if the lines are matching, it feels pretty comfortable.”

Now 25 years old and three years removed from graduating as USC’s first four-time All-American, Suh has finally re-aligned himself with former college peers Collin Morikawa and Viktor Hovland, whom Suh will officially join as a PGA Tour member this week at the Tour’s season opener, the Fortinet Championship in Napa, California.

“I’m just excited to be competing with those guys again,” said Suh, who initially earned his Tour card after a remarkably consistent regular season on the KFT this year – he ended up seventh in points thanks to 10 top-10s in 24 starts – and then capped his second trip to KFT Finals with a victory at last month’s KFT Championship to solidify fully exempt status for the upcoming Tour season.

FOR YEARS, SUH HAS fielded countless questions about his connection with Morikawa, Hovland and Matthew Wolff, three players who turned pro along with Suh in June 2019. Though Wolff now plays for LIV Golf, he, Morikawa and Hovland all won on Tour within a year of turning pro while Morikawa is already a two-time major champion.

Suh, meanwhile, battled a left-wrist injury out of the gates, then was relegated to developmental tours such as the PGA Tour Latinoamerica and LOCALIQ Series that first year and a half – with the occasional Tour invite thrown in. Last year, he had clinched a KFT Finals berth via non-member FedExCup points the previous fall and played mostly on Tour exemptions, but he often went more than a month between starts and didn’t notch a single top-25 finish in 2021. (To date, he’s made only nine of 25 career Tour cuts.)

See also  Alex Price, No. 1,212 in the world, likes being the the U.S. Amateur's underdog story

On top of all that, he continued to be compared to his contemporaries.

“That question, without fail, every interview,” Suh said. “But you know, I never saw it as a negative. If anything, it got me to work harder – not even harder, but smarter. … If I could do me the best that I could and continue to get better at that, I knew at some point I was going to get there [to the Tour].”

For Suh, improving smartly meant remaining dedicated to what made him successful as an amateur: simplifying his swing with Johnson; strengthening his mental game with sports psychologist Kevin Sverduk; using Scott Fawcett’s DECADE system as a course-strategy tool; and following the analytics-guided testing methods and practice regimen created by former USC head coach Chris Zambri and logged through the DECADE app.

“He stuck to his guns,” Zambri said.

Suh did dozens of Zambri’s tests, which measure ball-striking and putting, this past year as he finished atop both the KFT’s combined and Finals-only points standings while ranking top 6 in both greens in regulation and putting average. He recently scored a 48 – two off the record – on the “135-185 Random” test, which involves hitting 20 shots at random yardages between 135 and 185 yards, throwing the three worst shots out and adding up how far the other 17 shots finished from the straight-line target.

Suh’s 48 meant he averaged fewer than 3 yards from his target with his 17 shots.

“That’s elite-elite,” Zambri says of that kind of ball-striking competency, adding that he believes once Suh plays a few events this fall, his ShotLink statistics will show him in the same class as the Tour’s best approach players, Morikawa and Will Zalatoris.

“That’s my speculation,” Zambri added. “It might be at that kind of a level.”

To tease Suh’s potential with a single shot, one need only go back to the final stage of KFT Q-School last November in Savannah, Georgia. Outside the cutline for guaranteed starts with eight holes to play, Suh found himself nearly blocked out by oak trees on the par-5 11th hole at The Landings Club’s Marshwood Course. Instead of laying up around trouble, Suh threaded a straight, towering 4-iron that passed through a 2-foot gap and from 245 yards out ended up inside a foot of the hole.

“Probably the best eagle I’ve ever made,” said Suh, who then birdied two of his last four holes and converted a difficult two-putt par at the last to earn starts in the first eight KFT events.

HAVING A FULL-TIME TOUR to play on did wonders for Suh’s routine. He could finally plan out an entire schedule, never going more than four weeks in a row until the end of the season. He added a fitness plan that allowed him to work out consistently five to six days a week and started stretching religiously. He never felt unprepared or rushed, using Mondays of tournament weeks to travel to the next event, register and get his body recharged before hitting the ground running on Tuesdays.

One unique aspect of Suh’s weekly process is that he will not get into his bed until it’s time to close his eyes. Before this year, Suh frequently would spend hours looking at his phone or watching Netflix before falling asleep. Now, he’s more productive during that downtime.

“The rule is to not touch the bed,” Suh said. “Whether that means throwing down a towel and stretching for an hour or foam rolling or using the Hypervolt, anything to keep the body moving.”

Suh also is a frequent meditator, having started when he was a sophomore in college. He’s long credited the practice with sharpening his mind and focus, and it’s no surprise others admire his mental fortitude.

“He’s really special that way,” Zambri says. “He’s a really good putter, really good iron player, he’s driving it very straight and he plays well in pressure spots, but he also is very mentally skilled. He likes to keep things super positive, and he has an ability to find something good in whatever’s happening and flip it to fuel him and keep him moving forward.”

Adds Suh’s caddie, Ryan Jamison: “He just has this calmness about him. He’s content in what he’s doing, and he has this tremendous amount of confidence that he’s on the right path.”

JAMISON, A FORMER COLLEGE golf coach, began working with Suh in late February after the KFT’s international swing, which Suh ended with two missed cuts and nothing better than a T-50 in four events. Midway through that disappointing run, Suh knew he needed a new bagman, so when he heard Jamison was looking for work after splitting with Brandon Wu, Suh had his agent set up a meeting.

While Jamison had been second-guessing his decision to leave coaching, this was an opportunity he couldn’t pass up. A few weeks later, Suh and Jamison were debuting together at the Lecom Suncoast Classic in Lakewood Ranch, Florida. It was the fresh start that both needed.

Then Suh opened the tournament bogey-double-bogey.

“I remember being like, ‘Oh man, this is going to be one of those weeks,’” Suh recalled.

But Suh didn’t quit. He rallied to shoot 1-under 70 before birdieing five of his last six holes in the second round to make the cut on the number. He left Sunday with a T-17 finish.

“And he just took off after that,” said Jamison, referencing the next 12 weeks where Suh didn’t miss a cut and only finished worse than T-27 once.

Jamison sees Suh’s pro career as being on a similar trajectory: an adverse start followed by impressive resolve.

“I really think that he’s got an incredible career ahead of him,” Jamison added.

The next chapter of that career starts this week at Silverado Resort and Spa, less than two hours from Suh’s hometown of San Jose and a place where Suh once finished fourth at a JGANC event when he was 16 years old.

“I bet I’ll see more than a few familiar faces outside the ropes,” Suh said.

Suh is coming home again, only this time he’s a PGA Tour member.