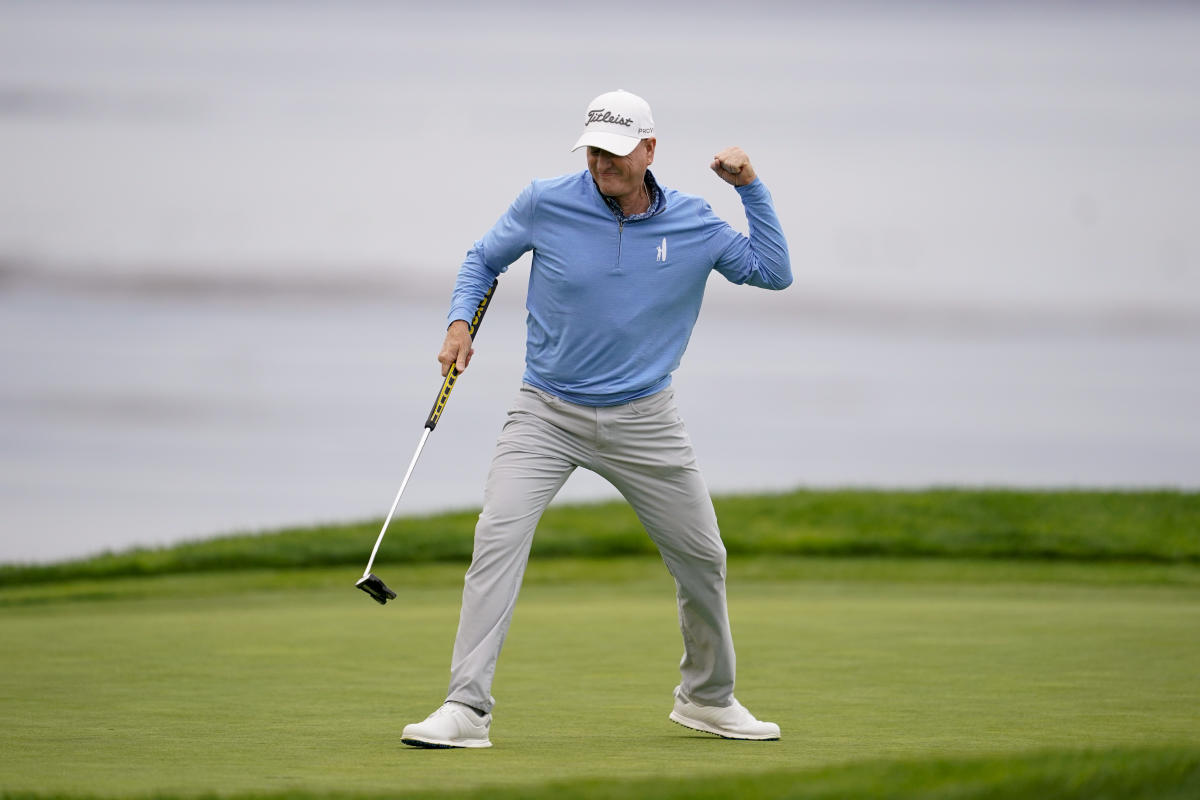 Steve Flesch birdied his first four holes Sunday but got his biggest birdie of the week on the famous closing hole at Pebble Beach Golf Links.

Flesch bogeyed the 12th and 13th holes but made a 4 on the par-5 18th to win the PGA Tour Champions Pure Insurance Championship Impacting First Tee by a shot over Ernie Els, Steven Alker and Paul Stankowski.

His 11 under total earned him his third win on the senior circuit and second this season. The left-hander won four times on the PGA Tour.

Alker bogeyed the 17th and parred the 18th, giving Flesch an opportunity.

“You don’t get many opportunities to win, but I got an open door when Steven gave me a chance on 18 and hit a great wedge shot in there,” Flesch said. “It ran the putt in, but it meant so much more to me because every pro wants to win at Pebble Beach and it was just a lot of fun. I hung in there all day, I got off to a great start, but winning at Pebble Beach I think is every professional golfer’s dream.”

Alker shot 68-69-69 to tie for second and bounce back from his tie for 58th a week ago at the Sanford International, his lowest finish in 28 outings on the Champions tour. His final-round 76 at the Sanford is his worst score on the tour.

“I struggled last week with my game a little bit, especially down the stretch, then just kind of got it together this week,” he said. “I enjoy playing here anyway. So I got it together, gave myself a chance, hung in today and got super start.”