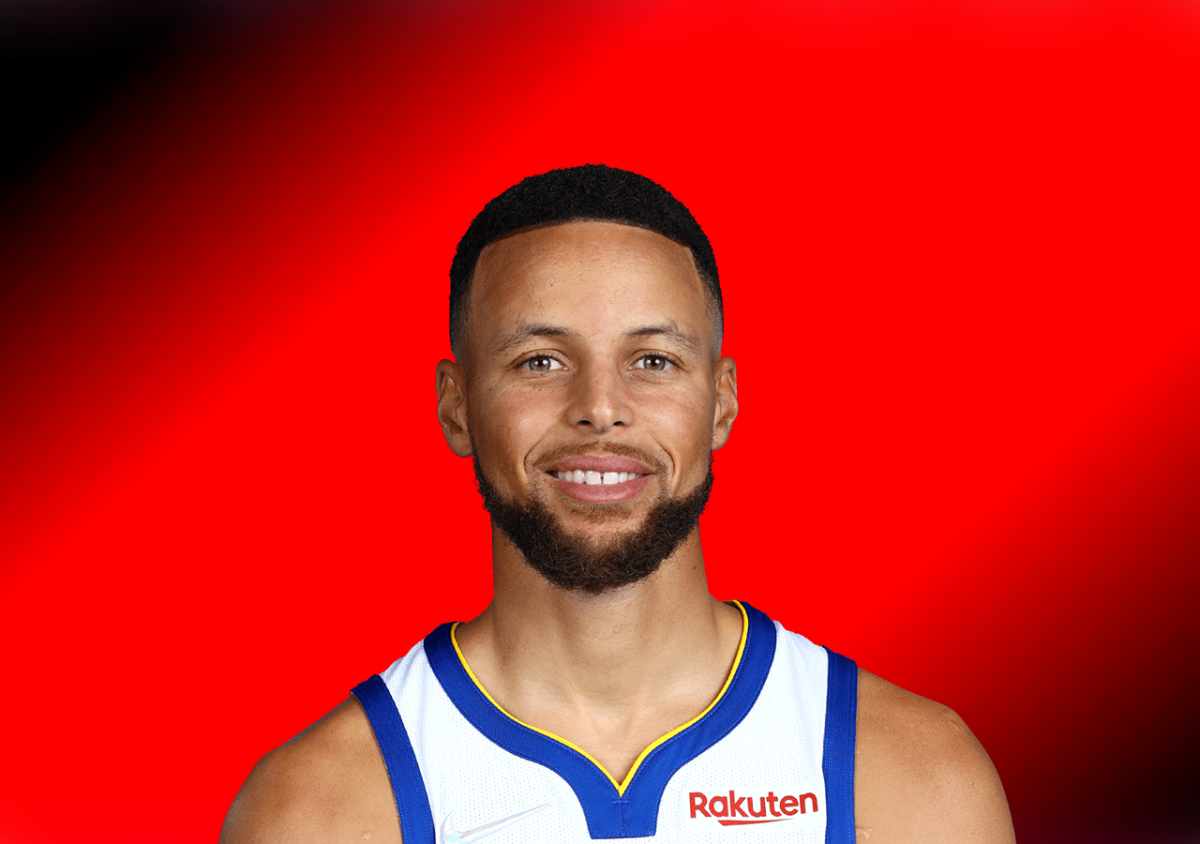 “This is special… we know this isn’t the ultimate goal but we have to celebrate this” Stephen Curry accepts the FIRST EVER Earvin “Magic” Johnson Trophy awarded to the Western Conference Finals MVP.
Source: Twitter

Anthony Slater @anthonyVslater
Steph Curry’s stability, above all else, delivers Warriors to another NBA Finals
Quotes from Curry, Steve Kerr and Joe Lacob in here theathletic.com/3336272/2022/0… – 4:01 AM

Carl Steward @stewardsfolly
Klay Thompson’s 8 three-pointers tonight gives him 431 career playoff treys, one behind LeBron James for second on the all-time list. Stephen Curry is No. 1 at 540. By this time next week, the Splash Brothers will likely be 1-2. Klay has always been more than just Game 6. – 12:47 AM

Ohm Youngmisuk @NotoriousOHM
The trio of Steph Curry, Klay Thompson and Draymond Green have now won 21 playoff series together, the 2nd-most by any trio over the last 30 seasons per Elias Sports Bureau. They passed the Lakers trio of Shaq-Kobe-Derek Fisher. pic.twitter.com/WlNCPF5ltr – 12:45 AM

Shaun Powell @Powell2daPeople
Steph Curry this year has the Kobe Award, the Magic Award, and now shooting for the Russell Award. That would be a decent 2022 collection. – 12:22 AM

Carl Steward @stewardsfolly
Stephen Curry might be the most acutely articulate pro athlete in the history of pro sports. His analysis of these Warriors and this postseason run on the TNT postgame was phenomenal. He is an absolute wonder in every respect. – 12:19 AM

Michael Lee @MrMichaelLee
I didn’t initially know how to feel when the NBA created the conference finals MVP. But after seeing Steph Curry receive the Magic Johnson trophy, I realize it’s been long overdue to elevate reaching the NBA Finals. Winning is so hard & ringz culture was sadly obscuring that feat – 12:09 AM

Micah Adams @MicahAdams13
Stephen Curry really is the guard Tim Duncan.
His ability to selflessly elevate everyone around him is unparalleled.
I don’t know if there’s another superstar chameleon in the history of the game who can shape-shift to the talents of his teammates. – 12:00 AM

Chris Palmer @ChrisPalmerNBA
Steph Curry has an MVP (2x), All-Star MVP and Western Conference Finals MVP. When he wins Finals MVP next month that’s all of them. – 11:43 PM

Michael Scotto @MikeAScotto
Warriors forward Draymond Green: “This one is special because this is a group that no one thought would ever be back here. Klay Thompson went through two catastrophic injuries. Stephen Curry breaks his hand. We won 15 games two years ago.” (TNT postgame TV interview) – 11:36 PM

StatMuse @statmuse
Klay Thompson has 3 30-point games this playoffs, his most in a single playoffs since 2016.
He’s also 2nd in made threes this playoffs, trailing only Steph Curry. pic.twitter.com/fShsfECtIH – 11:34 PM

Connor Letourneau @Con_Chron
Stephen Curry is the first winner of the Western Conference MVP award. “M-V-P!” chants rain down from the crowd. – 11:29 PM

Ben Golliver @BenGolliver
Warriors guard Stephen Curry has been named the inaugural winner of the Magic Johnson award, given to the MVP of the Western Conference finals. – 11:29 PM

Nick DePaula @NickDePaula
Stephen Curry arrived tonight in the Curry 5 — the shoe he wore in the 2018 Finals, when the Warriors last won a championship.
His hoody?
“Trophy Hunting” 🏆 pic.twitter.com/DePMpA3RSi – 11:24 PM

Jay King @ByJayKing
If they win Game 6 tomorrow night, the Celtics will play Stephen Curry and the Golden State Warriors in the NBA Finals. – 11:22 PM

Josh Newman @Joshua_Newman
Now that the Warriors are back in the NBA Finals, it’s time to trot out my favorite work story.
Long-time followers know this one.
That time in 2008 when Steph Curry, fresh off the Elite Eight, walked into a summer league game, but didn’t play.
app.com/story/sports/2… – 11:20 PM

Connor Letourneau @Con_Chron
Klay Thompson just had a long hug with Stephen Curry along the baseline. Can’t help but think about the journey they’ve had to get back to the Finals. – 11:18 PM

Marcus Thompson @ThompsonScribe
Curry is livid he didn’t get another call – 11:14 PM

Anthony Slater @anthonyVslater
That’s a 15-2 run spread over the final 3:51 of the third quarter for the Mavericks. Turned a 23-point runaway Warriors blowout into a manageable 10-point hole entering the fourth quarter. Dallas has a chance to make it interesting here against the non-Curry unit. – 10:48 PM

Adam Lauridsen @GSWFastBreak
Funny how all these players over the years play their best basketball next to Steph Curry. Must be a total coincidence. – 10:40 PM

Marcus Thompson @ThompsonScribe
Curry had all but stopped driving since his ankle sprain. But he just made two back-door cuts, which is a good sign – 10:30 PM

Eddie Sefko @ESefko
Mavericks got a ton of work to do in the second half, which they’ll start down 69-52. Klay Thompson with 19 points, Steph Curry with seven assists. Luka 2-of-12, looking pretty frustrated that he can’t buy a call. – 10:01 PM

Connor Letourneau @Con_Chron
Stephen Curry has been totally content to facilitate tonight. Has more than twice as many assists (7) as shot attempts (3) late in the second quarter. – 9:57 PM

Marcus Thompson @ThompsonScribe
Curry is on the bench working out that right ankle. He then gets up and joins Wiggins to head to the scorer’s table – 9:45 PM

Eddie Sefko @ESefko
Big 3-pointers late in the first by Spencer Dinwiddie gets Mavs within 28-23 going into the second. Cause for concern: Luka has taken 10 shots, made just two. Steph Curry has taken just two shots, made one and has five assists. – 9:32 PM

Marcus Thompson @ThompsonScribe
Curry is coming back into the game – 9:11 PM

Anthony Slater @anthonyVslater
Steph Curry strapping up his shoe a bit tighter during the timeout, getting worked on by trainers. Stretching out his right ankle with the band. But looks like he’s staying in the game. – 9:10 PM

Tim MacMahon @espn_macmahon
Steph Curry came up hobbling after Luka Doncic split a double-team. He’s getting some attention from Warriors staffers during the timeout. Seems to be some sort of right foot/ankle issue. He appears to be staying in the game. – 9:09 PM

Marcus Thompson @ThompsonScribe
Curry came up limping on that double of Luka. Can’t tell if it was ankle or he banged his knee. He was working it out, trying to walk it off, and was clearly unhappy about it – 9:08 PM

Kendra Andrews @kendra__andrews
Stephen Curry is limping. He’s trying to shake it out/walk it off. – 9:08 PM

Brad Townsend @townbrad
Second-most-watched man in the arena right now — behind Curry, who is warming up on the other end. pic.twitter.com/FOULSKZBXf – 8:02 PM

Ohm Youngmisuk: Steph Curry on why he said last year that people don’t want to see them next year: “It was more a message for us… re-establish what Warriors basketball is (after last year’s strong finish before the play-in)… the tone was set that we could be that team again.” -via Twitter @NotoriousOHM / May 27, 2022

“A lot of stars would’ve said, ‘No, you have to trade all these young assets for a star. I need a star,’” Steve Kerr told The Athletic. “Organizationally, the decision was ‘Let’s grow these young guys so we can have a bright future.’ Very few people in Steph’s shoes would’ve said, ‘All right, I’ll embrace it and let’s go to work.’” -via The Athletic / May 27, 2022 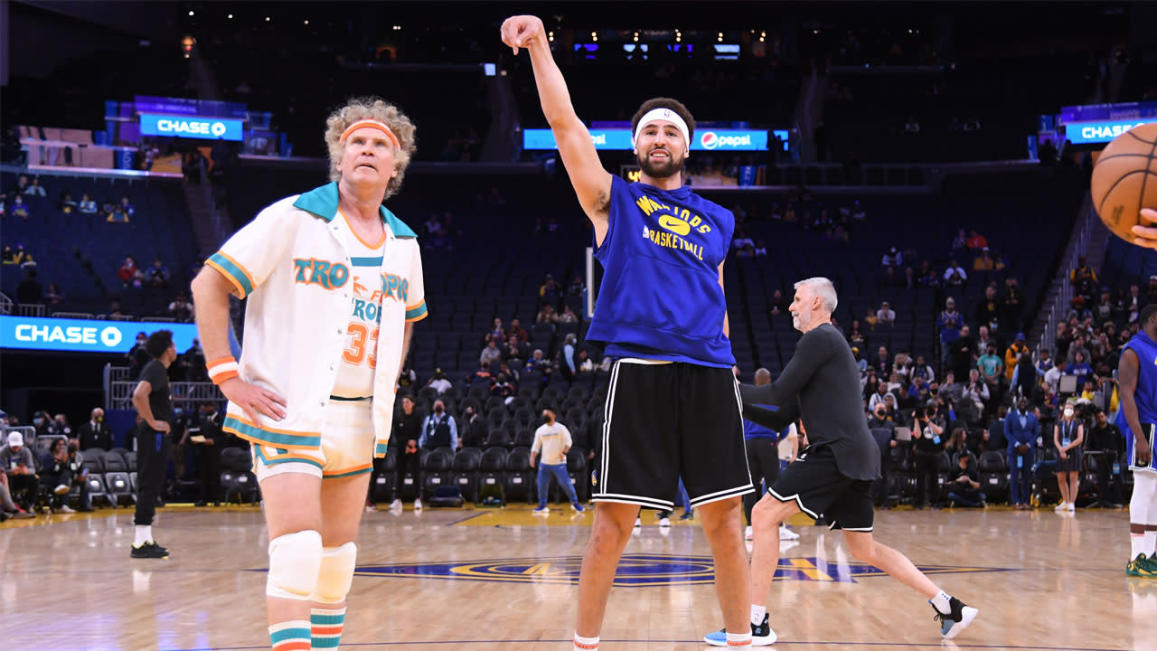 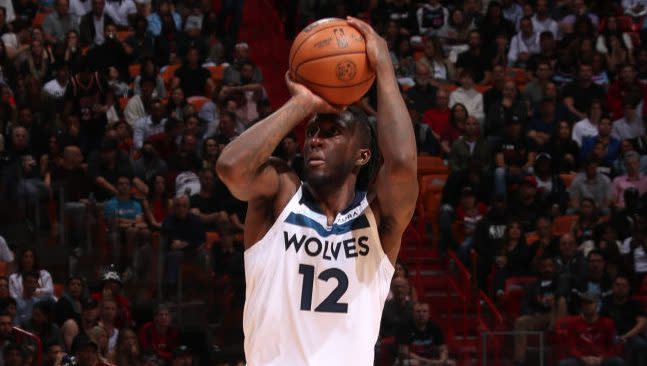 Timberwolves’ Prince fined $15,000 for “making an obscene gesture” on court 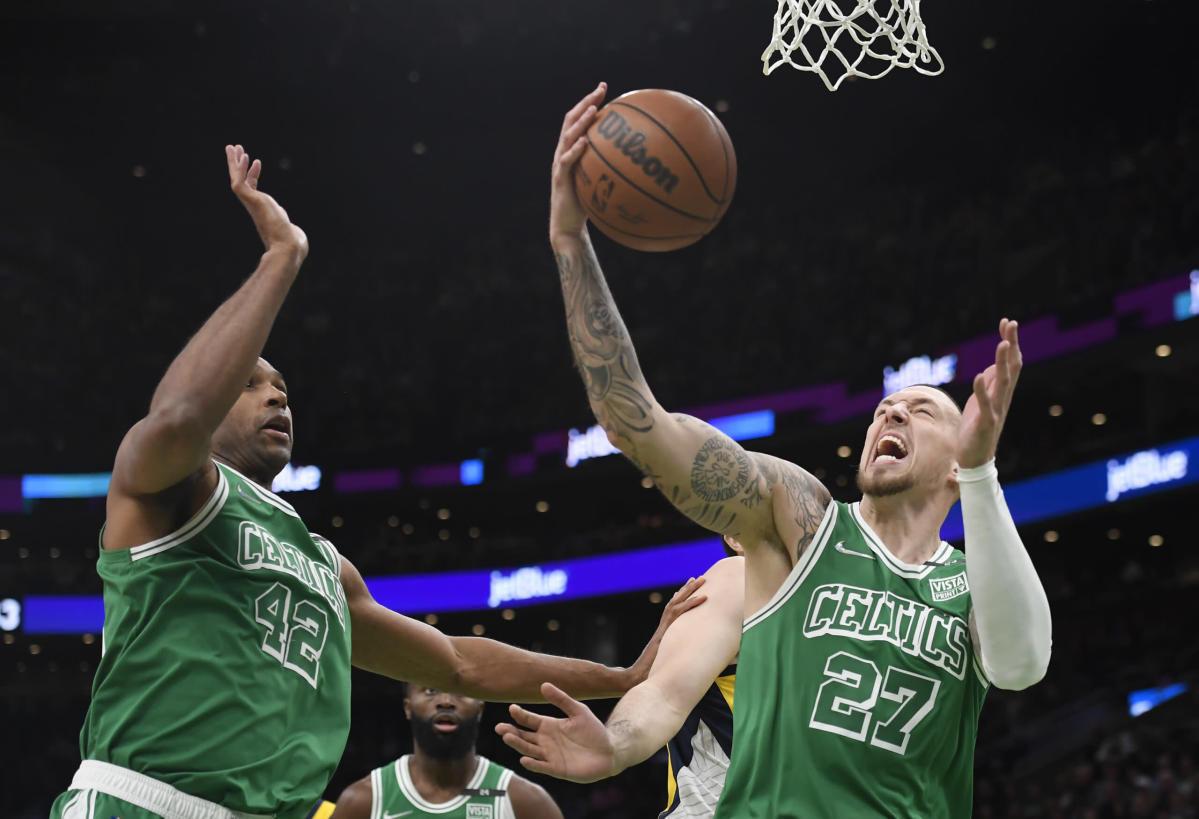 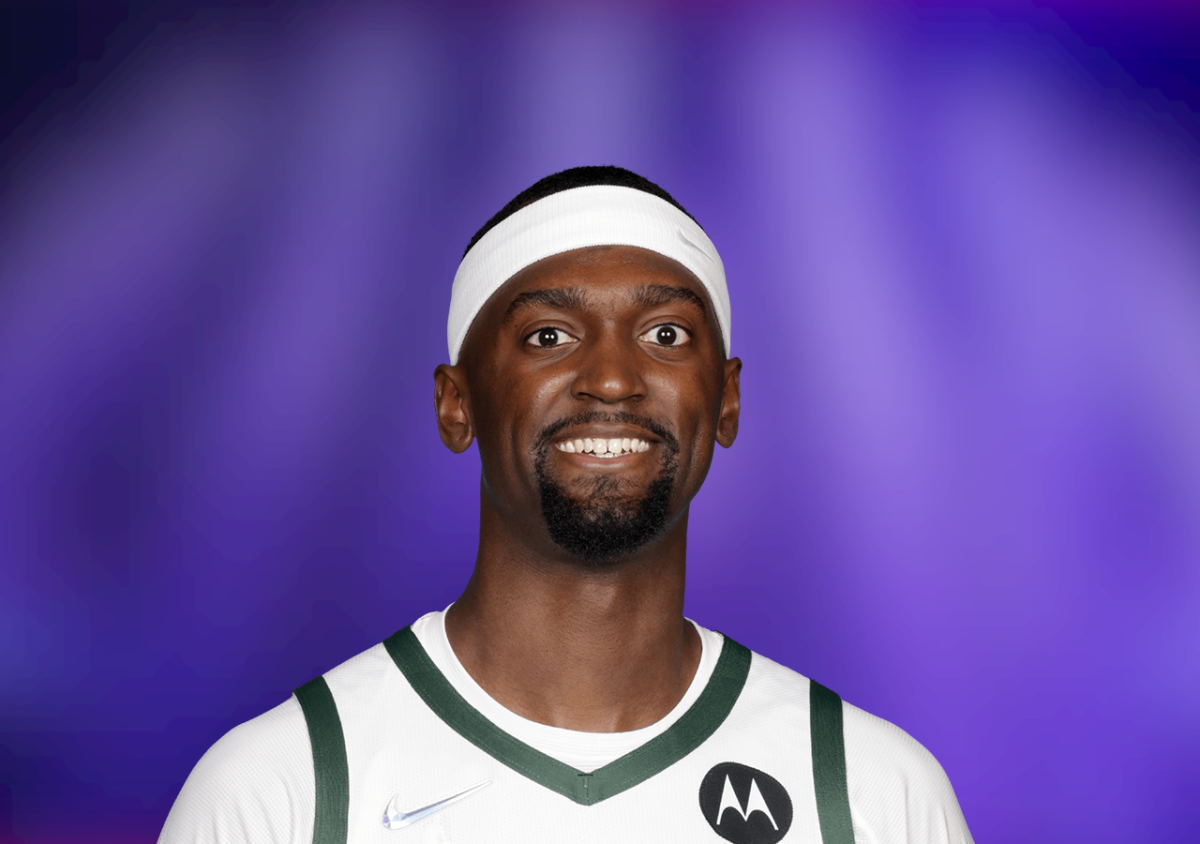