Steph Curry’s mom, Sonya, has been through it all with her son.

So after his historic performance in Game 4 of the NBA Finals on Friday night, it’s no surprise Curry took time to share a hug that didn’t need words to convey a message with his mom on the TD Garden Court.

In an emotional moment, Sonya taps her heart as she approaches her son, and he gives her a kiss on the cheek.

It’s hard to hear what Curry’s mom said into his ear as they embraced, but it’s certainly not difficult to imagine Sonya had nothing but praise for her son after he led the Warriors to a 107-97 victory over the Boston Celtics by dropping 43 points in 41 minutes.

After the hug? Pure joy.

And while there’s nothing like a mother’s love, Curry also shared a moment with not one, but two legendary dads — one of which happened to be his own.

After receiving some postgame congratulations from his dad, Dell, Curry stopped for a conversation with Klay Thompson’s dad, Mychal. He hilariously tells Curry that his 43-point performance reminded him of the Splash Brother’s playing days at Davidson College.

If there’s anyone who could appreciate Curry’s stunning shooting display on Friday, it’s the pair of retired NBA pros.

But win or lose, family is everything — whether basketball or blood — and the people closest to Curry were there for him after one of the best games of his storied career. 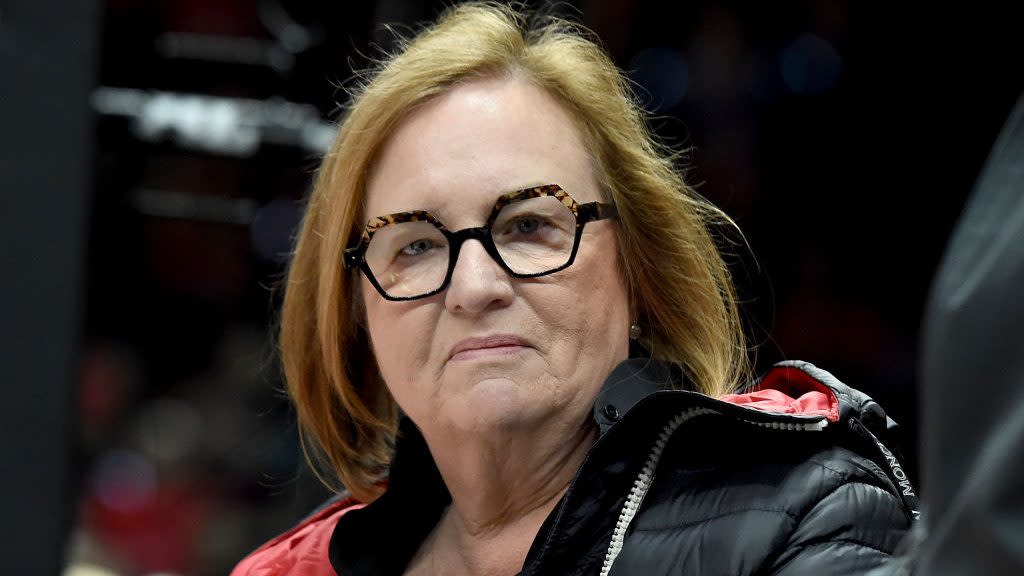