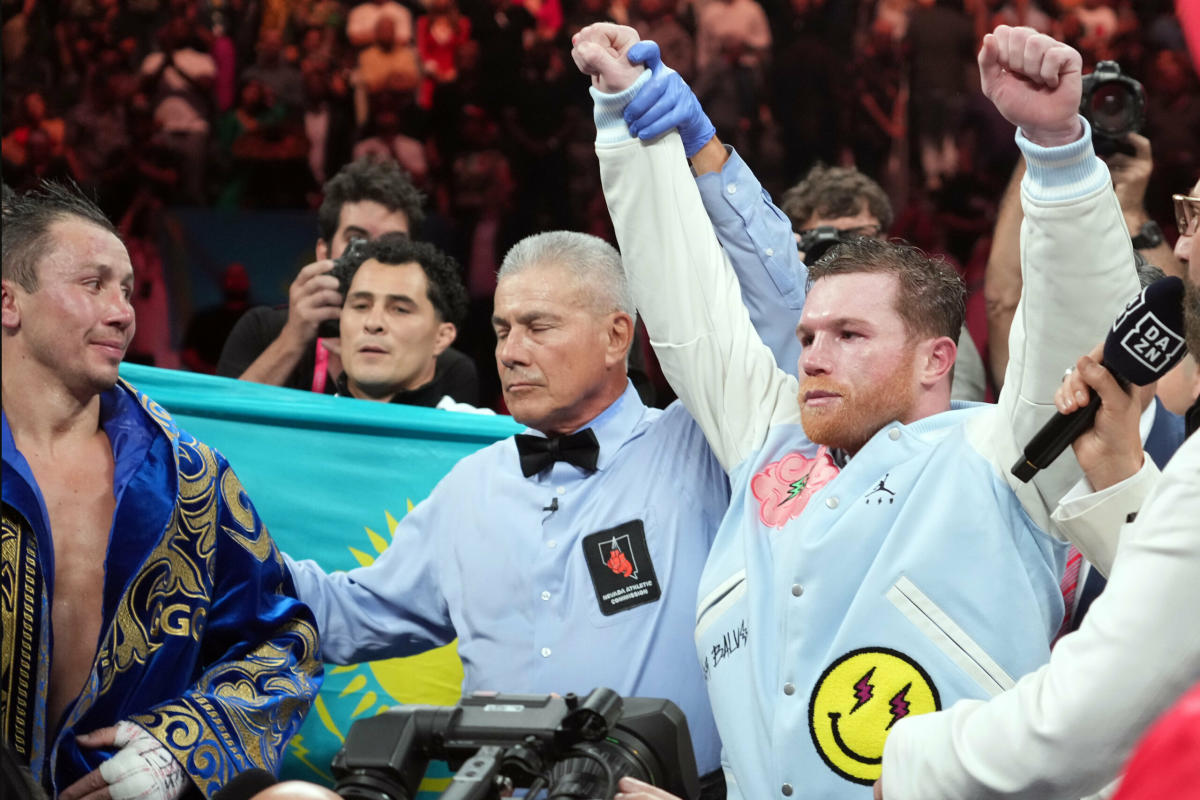 On Saturday night, Canelo Alvarez took centerstage against Gennady Golovkin in the third edition of their legendary battle in the boxing ring.

After 12 rounds of action on the canvas, Alvarez was crowned with his second victory over Golovkin via majority decision.

To take in the action, Steph Curry was in attendance in Las Vegas for Alvarez and Golovkin’s trilogy bout. The reigning NBA Finals Most Valuable Player was ringside for the fight with his former teammate Juan Toscano-Anderson.

After Alvarez’s hand was raised in the air, Curry was able to share a moment with the boxing superstar following the fight. The Golden State Warriors point guard congratulated Alvarez on his win in Las Vegas.

Curry also took to Instagram to celebrate Canelo’s victory over Golovkin on Saturday night. While posing for a video on Curry’s Instagram story, the pair exchanged praises for each other.