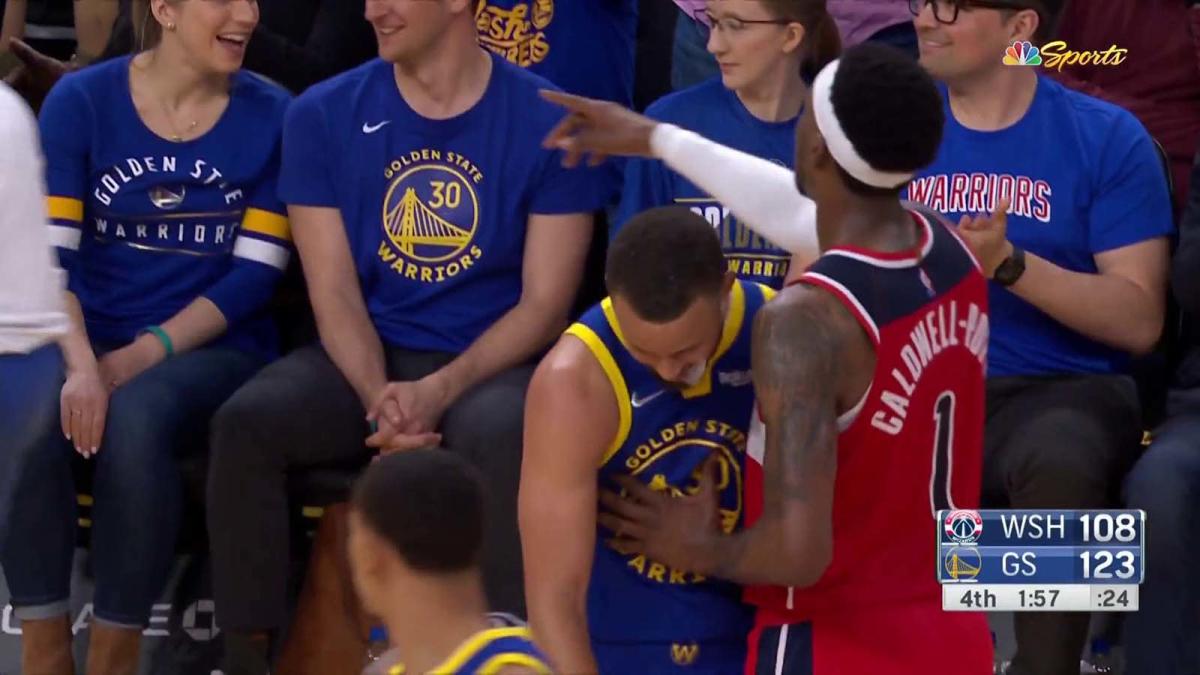 With 1:57 remaining in the Warriors’ 126-112 victory over the Washington Wizards on Monday night, KCP took the opportunity to try to politely usher Stephen Curry to the bench.

Curry, celebrating his 34th birthday, had destroyed the Wizards all night. The Warriors superstar nailed seven 3-pointers and posted 47 points on 16-of-25 shooting in 35 minutes.

Initially, Curry resisted KCP’s request, likely wanting to stay in the game for a chance to reach the 50-point milestone for the 11th time in his Hall of Fame career and for the second time this season. But eventually, coach Steve Kerr’s calls to Steph sent him over to the bench to a standing ovation from the sellout crowd at Chase Center.

So, really, Caldwell-Pope’s plan worked out. If only he had thought of it in the first quarter.