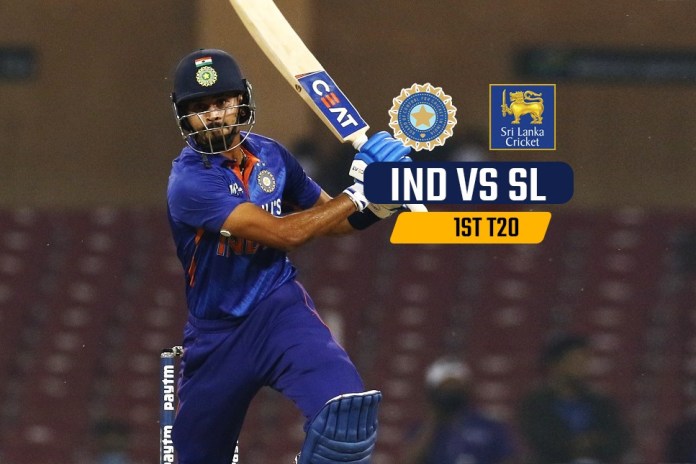 IND vs SL: India batter Shreyas Iyer admitted that the start to his unbeaten knock of 57 in the first T20I against Sri Lanka was slow but the conditions on the field weren’t easy to negotiate.

At one point, Iyer was 17 off 14 balls. But in the next 14 balls, he scored a whirlwind 40 runs to put a nice finishing touch to India’s score of 199, setting the foundation for a 62-run victory later.

IND vs SL LIVE: Rohit Sharma’s new target for TEAM INDIA before T20 World Cup, ‘to be a Great Fielding Side’

“My start was slow but it wasn’t easy. But once my eye got in and once I got a boundary, I thought I would keep going. Ishan Kishan wasn’t able to time (in the middle overs) and he too was losing patience, so I told him to take his time and then he again started timing well. I just told him to take his time, look for twos and threes,” said Iyer after the match.

Talking about the plan while batting with Ishan Kishan, Iyer emphasised on strike rotation at a big ground.

“Our plan was to hit the pockets. Initially that’s what we did, and things came out pretty well for us. It’s a huge ground, especially after playing at Eden Gardens (in Kolkata). We had planned to run a lot of twos and eventually our every plan came off.”

Speaking about his own innings, Iyer put it down to timing the ball well while going for his shots.

“I was trying to stay in the present. I wasn’t thinking a lot. I thought 180 would be a good total. I just focused on watching the ball closely and tried to time it well and play my shots.”

Iyer signed off by saying that he had tried to coax vice-captain Jasprit Bumrah into giving him an over to try his part-time leg-spin.

“I had already put my hand up (for a bowl). Around the 16th over, when he (Rohit) went off, he had already told Bumrah these are the bowlers who need to bowl. I tried to bribe Bumrah but it didn’t work for me,” he said to coclude on a lighter note.

‘I’m a cricketer, what makes me different?’ England’s black players on racism and exclusion | Cricket