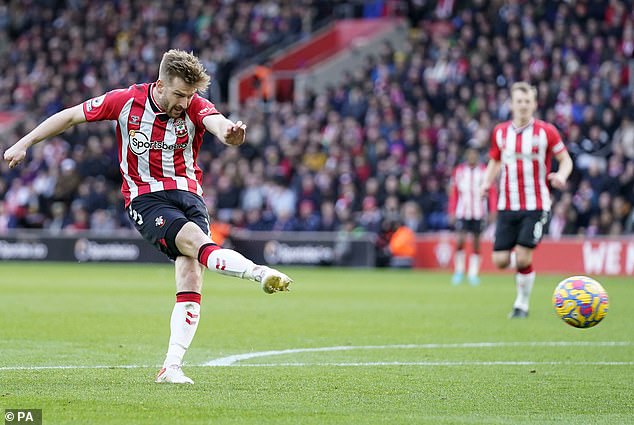 Southampton 2-0 Everton: Substitute Shane Long scores with his first touch as Frank Lampard is brought crashing down to earth at St Mary’s

By Lewis Steele For Mailonline

Frank Lampard’s Everton were brought crashing back down to earth on Saturday afternoon with a well-deserved loss at Southampton.

A week ago Lampard was being serenaded by Goodison Park, orchestrating the Gwladys Street Stand’s roars with fist pumps. What a difference a week makes.

He was dealt a dose of reality and notice of the size of his task here. His side looked confused, unsure what to do with the ball and, off it, let Saints run past them with ease.

Stuart Armstrong opened the scoring seven minutes into the second half at St. Mary’s

Stuart Armstrong early in the second half and, from there, only one result seemed likely. Shane Long added his first goal for two years late on.

After thrashing Leeds 3-0 last weekend, the only way seemed to be up. Everton fans fought through the storm and travelled in their droves but had little to cheer.

They sang their new manager’s name – ‘Super Frankie Lampard’ – but it was his opposite number, Ralph Hasenhuttl, who can claim the ‘super’ tag here. 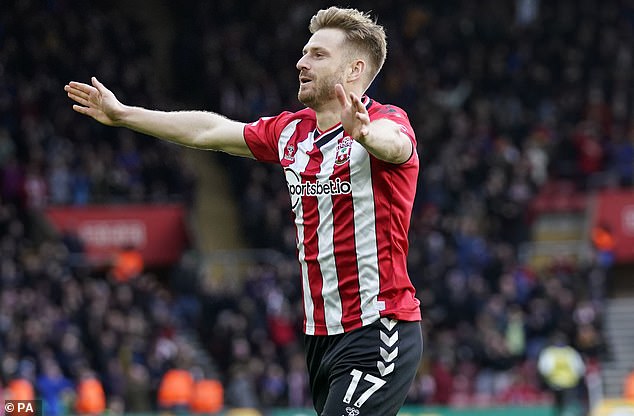 What a job he has done at St Mary’s. They have lost just once in their last 11 fixtures in all competitions. In that run, they’ve beaten Tottenham, drawn with both Manchester clubs and advanced to the FA Cup last-16.

Lampard anxiously paced his technical area – his tracksuit sleeves rolled up – and looked a little lost. To his left was Hasenhuttl, also in sporty gear, excitedly barking orders at his men.

His side were industrious, passed well and defended resolutely. Their flying full-back duo is a joy to watch and the work rate of others should be a lesson to every team in the league.

It took them a while to get going, though. For the first 10 minutes, Everton started with the pace and intensity they showed in brushing away Leeds. Heavy-metal football, some might say.

Seamus Coleman, Dominic Calvert-Lewin and Richarlison all had early sights of goal. But that was pretty much it in terms of Everton in terms of creating meaningful scoring chances.

Saints asserted authority and should have taken the lead if it wasn’t for England No 1 Jordan Pickford. Armando Broja tested Pickford’s one-versus-one credentials, before James Ward-Prowse forced a full-stretch save from a free-kick.

Jan Bednarek rattled the crossbar – later flagged as offside – and Kyle Walker-Peters pulled a shot narrowly wide after one of his many searing runs down the left flank.

But eventually, Hasenhuttl’s side made one of their chances count. Andre Gomes, on as a half-time substitute for Everton, was caught on the ball and Southampton counter-attacked. 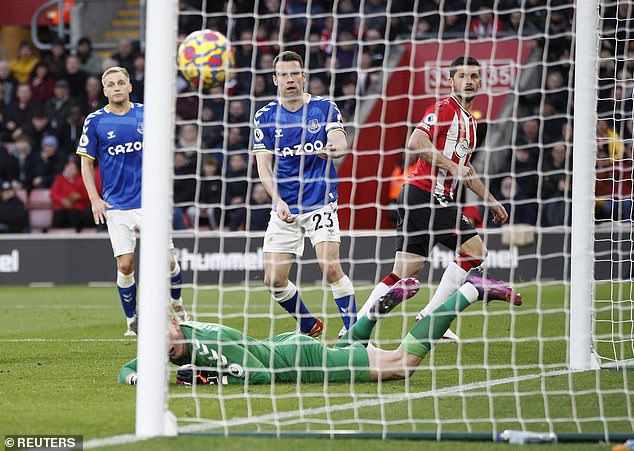 Oriol Romeu fed Che Adams, who slid in a pass to fellow Scottish international Armstrong. The midfielder took a touch and fired into Pickford’s near post, the England keeper beaten far too easily.

There lies the biggest task on Lampard’s hands. How to solve the lack of consistency of nearly all of his players. And how to cut out individual errors that have pockmarked the Toffees’ season.

It’s in complete contrast to Southampton, who have lost just one League game at St Mary’s this season. They don’t have a star player – they lost him with the summer exit of Danny Ings – but each player consistently puts in stellar performances.

Adams was the pick of the bunch here for his work-rate and panache on the ball. Now a Scotland striker, he has found a new level this season despite a lack of goals.

Romeu was also impeccable in midfield, constantly thwarting Everton attacks. Though Toffees’ ventures forward were few and far between as this game ticked on. 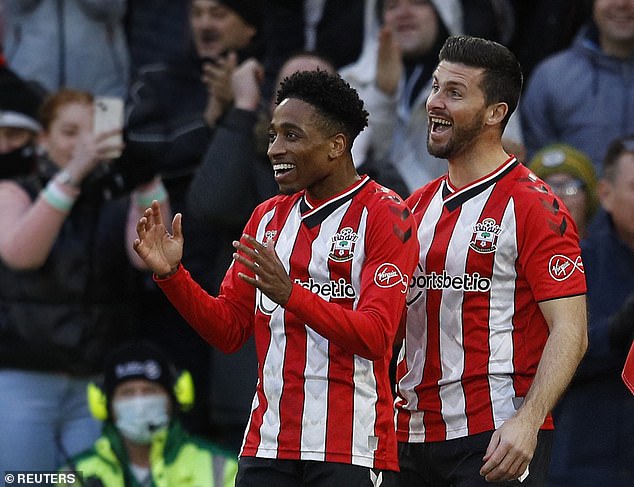 Southampton put any doubts to rest in the 82nd minute. Tino Livramento, in his first start after missing the last eight league games with a knee injury, crossed in for Long.

The Irishman had not scored in the league since February 22, 2020. But that mattered little, as Long headed home Livramento’s cross with confidence to guarantee another win and a place in the top half of the table.

‘You’re going down,’ chanted the home fans in humour. Lampard knows the situation isn’t quite that grave but the honeymoon period is over. 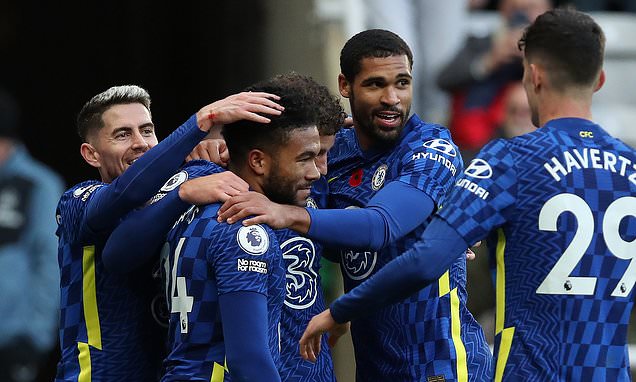 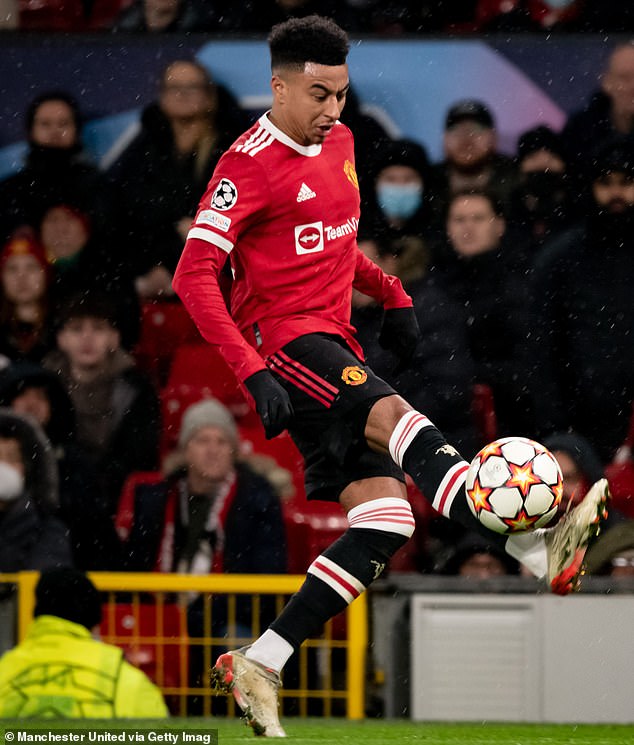