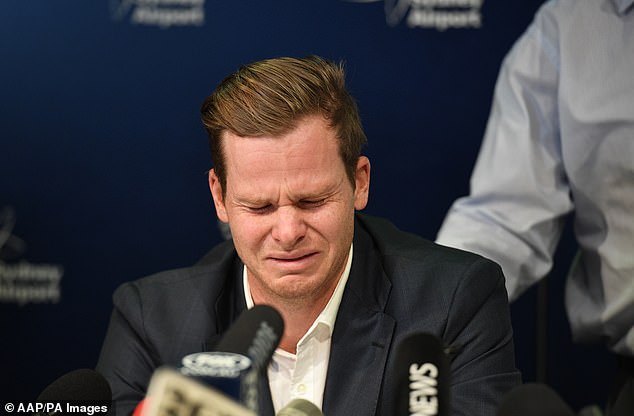 Du Plessis makes the claim in his soon-to-be-released autobiography titled, ‘Faf: Through Fire’, and explains that the South African team was so suspicious of the touring Aussie side that they had started watching fielders closely with binoculars.

Steve Smith (pictured, at a press conference following the 2018 Sandpaper Gate) – along with teammates Cameron Bancroft and David Warner – were punished with temporary bans for their involvement in the 2018 ball tampering scandal in South Africa 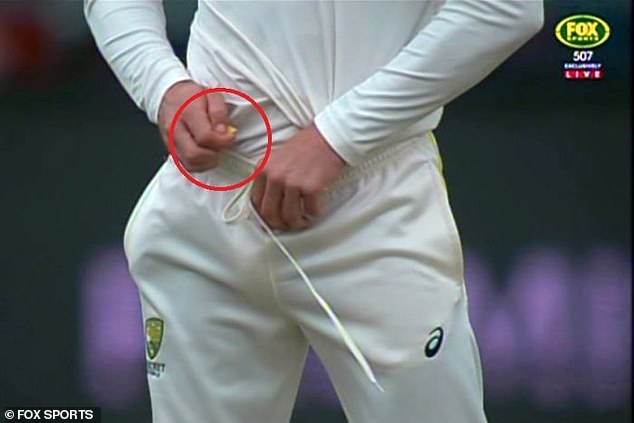 ‘During the first Test in Durban, the Australian pace attack had got the ball to reverse insanely,’ wrote du Plessis in passages of his book released to News Corp.

‘Mitchell Starc claimed nine wickets and, although I regard him as one of the best proponents of reverse-swing bowling I have ever seen or faced, those deliveries in Durban were borderline unplayable.

‘He would come in around the wicket with a badly deteriorated ball and get it to hoop past us.

‘Our balls had also reversed but not nearly as much as theirs.

‘We suspected that someone had been nurturing the ball too much to get it to reverse so wildly, and we watched the second Test at St George’s through binoculars, so that we could follow the ball more closely while Australia was fielding.

‘When we noticed that the ball was going to David Warner quite often, our changing room must have looked like a birdwatching hide as we peered intently through our binoculars,’ wrote du Plessis. 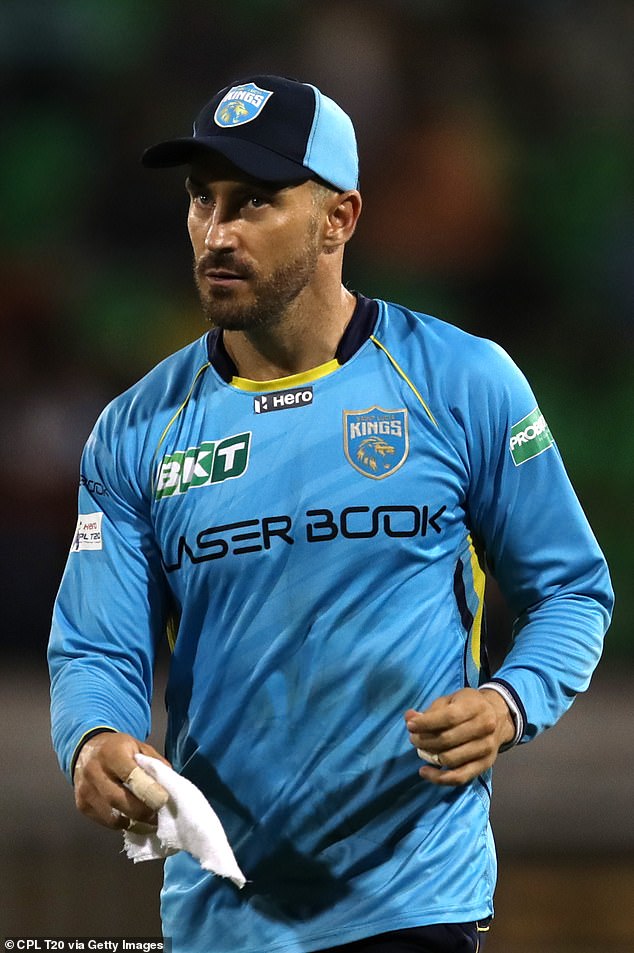 Du Plessis freely admits that he and his team have also engaged in shady ball tampering tactics, so isn’t too judgmental against the Aussies. He believes it’s common in the sport.

‘I’m not mentioning this from atop a high horse. In the past, we have also been found guilty of employing unorthodox methods to get the ball to reverse swing,’ du Plessis wrote.

‘… In our team, we just thought, ‘Nah! Ball tampering and reverse swing have always been there.’ In fact, it was probably more prevalent when camera technology wasn’t as good as it is today.

‘… Personally, I don’t think Steve Smith did much wrong. It’s no secret that all cricket teams want the ball to reverse. Not everyone knows how to accomplish this, especially not inexperienced players. But everyone knows it’s wrong to change the condition of the ball. We, too, have pushed those boundaries.’ 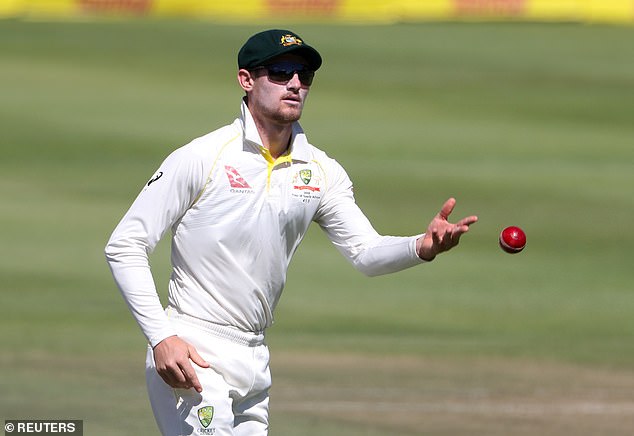 Du Plessis himself was charged by the ICC with ball tampering in 2016 after footage of him appeared applying saliva and residue from a breath mint to a ball in a Test match against Australia.

The former skipper has revealed the sympathy he felt for Bancroft at the time of the scandal and the message he sent Smith. 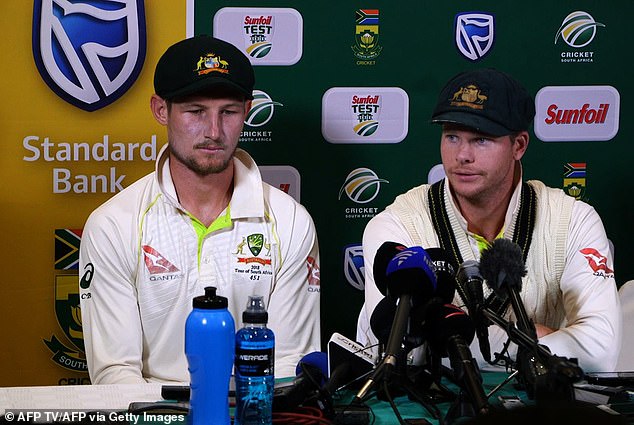 Then vice-captain David Warner, former captain Steve Smith (pictured right) and Cameron Bancroft (pictured left) were all banned for their roles in the ‘sandpapergate’ controversy in 2018

‘I have tremendous sympathy for what he (Bancroft) went through. This is what happens in a team when the culture of belonging is restricted to performance and when players are made to believe that they need to prove themselves at any cost before they feel accepted,’ writes du Plessis.

‘… Steve Smith and I have never been friends but we always played a hard game against each other, and Steve had been willing to defend me publicly in 2016 when Mintgate broke.

‘I texted him that evening: ‘Message of support. Gone through this myself. It is a terrible experience when they attack your character. Hang in there. It will blow over.’

‘He responded, ‘Thanks mate!’ To which I replied, ‘There will be a shitstorm for a while. But stay strong.’