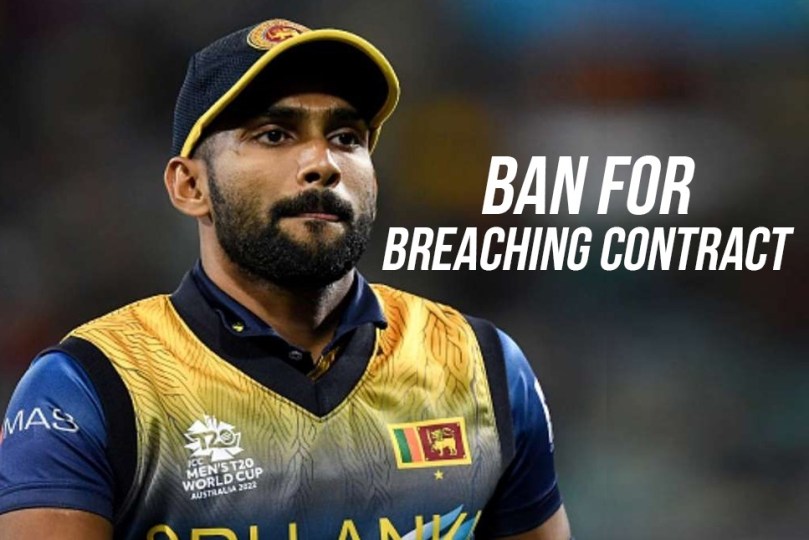 The SLC did not elaborate on how Karunaratne breached “several clauses” of its player agreement but said the player had pleaded guilty to all the charges levelled against him. He was also fined $5,000, the board said in a statement.

“Subsequent to the findings and recommendations of the inquiry panel the Executive Committee of SLC has handed a one-year ban from taking part in all forms of cricket, and the said ban will be suspended for a period of one year,” the SLC said.

“Considering the seriousness of the violations committed by Karunaratne, the inquiry panel by its report has recommended to the Executive Committee of the SLC to strongly warn the player to refrain from further violations and to impose a punishment that will not have an impact on his cricketing career.”

Sri Lanka failed to qualify for the semi-finals of the World Cup, which England won following a victory over Pakistan in the title clash earlier this month.

The SLC has also formed a three-member panel that includes a retired high court judge to probe an alleged sexual assault case against batsman Danushka Gunathilaka. The now-suspended 31-year-old was charged with sexual assault while in Australia for the tournament and was granted bail last week.