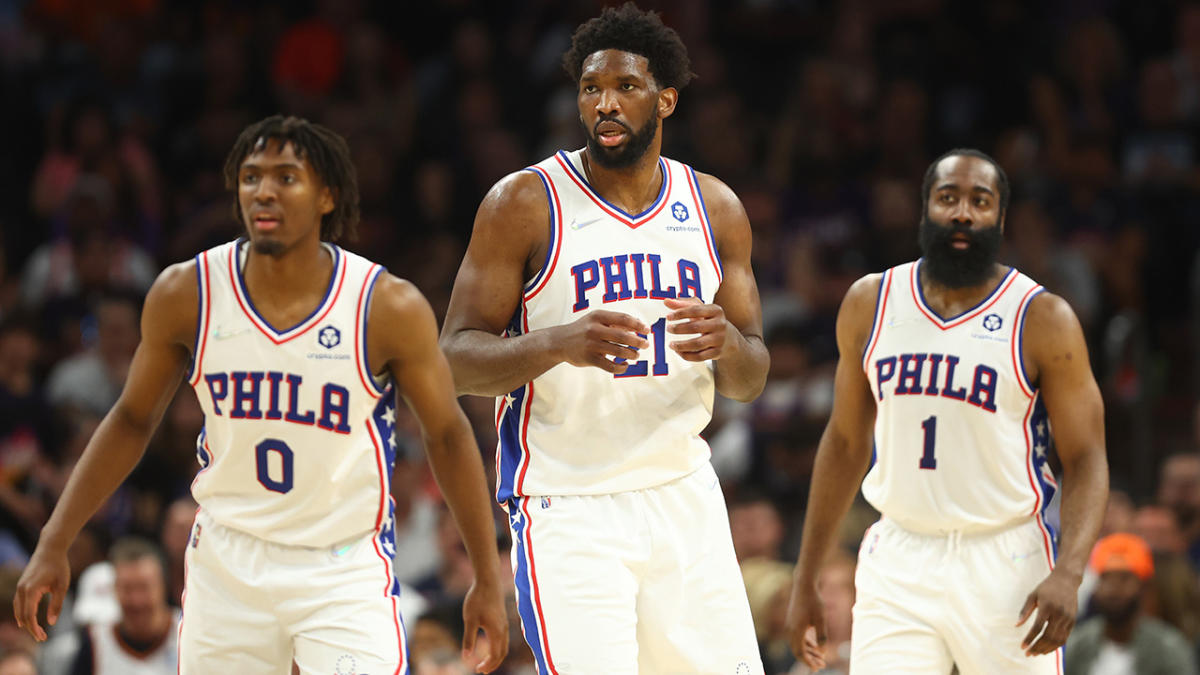 Philadelphia 76ers basketball is officially underway! Philly sports fans have had quite the start to their fall season, seeing the Phillies make a deep run during the MLB postseason and an undefeated Eagles team. The Flyers are off to a nice start to their season with a 3-1 record (at the time of this writing).

The Sixers, on the other hand, are off to an 0-2 start which we imagine has fans wondering what’s up with the team. Before they tip off in their next matchup, we thought we’d connect with our very own Noah Levick. Noah covers the Sixers for NBC Sports Philadelphia and was kind enough to hop on a Reddit AMA to talk about the team’s start, preview the rest of the NBA season, expectations and, of course, answer Redditors’ questions.

Check out the top questions and answers from his AMA:

Any insights or internal rumblings about what’s going on with Jo? I know Glenn mentioned the plantar stuff but that doesn’t explain why he’s been so mopey out there.? u/Rami-Al-Saham

Levick: “This might not be the most satisfying answer … but do I think the fundamental context of Embiid innately valuing his enjoyment of the game matters.

He’s been candid in the past about how the balance between trolling/trash talk/playing to the crowd and seriously pursuing wins can be tough for him. Ultimately, when he’s having a poor game and knows he’s below his best physically, negative body language feels somewhat expected to me. Not ideal, of course, but he’s human and not playing and moving like you know you can has to be very frustrating. Harden was pretty open about that topic at media day.

For the time being, I’m not aware of anything notable beyond what’s been written. We’ll see how things develop and hope for further clarity. Embiid did not speak to reporters last night.”

How long is the leash on Doc if they keep up the slow start? How much does Harden play into that? u/a_waltz_for_debby

Levick: “There’s really no good excuse I can envision for the Sixers doing anything besides win their next two games against the Spurs and Pacers. If that doesn’t happen and coaching is a clear reason why, that’s obviously problematic.

Regardless, in terms of Rivers being fired very early in the season, I’d be extremely surprised to see that happen. Daryl Morey is all about making calculated decisions, and that sort of move would be bound to add a ton of instability for a team he currently sees as a contender looking to fully gel. From where I’m sitting, the biggest questions related to Rivers (and the team at large) still relate to the playoffs.

Based on what I’ve seen, there’s sincere mutual respect between Harden and Rivers.”

Levick: “Both have been pretty surprising! I think I’d lean toward Harden, in part because Embiid’s game in Boston at least felt a bit familiar — not near his peak, but still manages 26 points, 15 boards, five assists.

Harden’s mid-range game last night (6 for 7) wasn’t stunning, since we’d seen it a bit in the preseason and he works a ton with mid-range proponent Sam Cassell … but I’d be lying if I said I saw it coming. I thought his point postgame about aiming to become a less predictable player through greater offensive variety was insightful.

I still don’t think he’ll be turning to the mid-range over and over again in crucial fourth-quarter playoff moments, but it’s legitimately encouraging that he now appears very comfortable with his in-between game.”