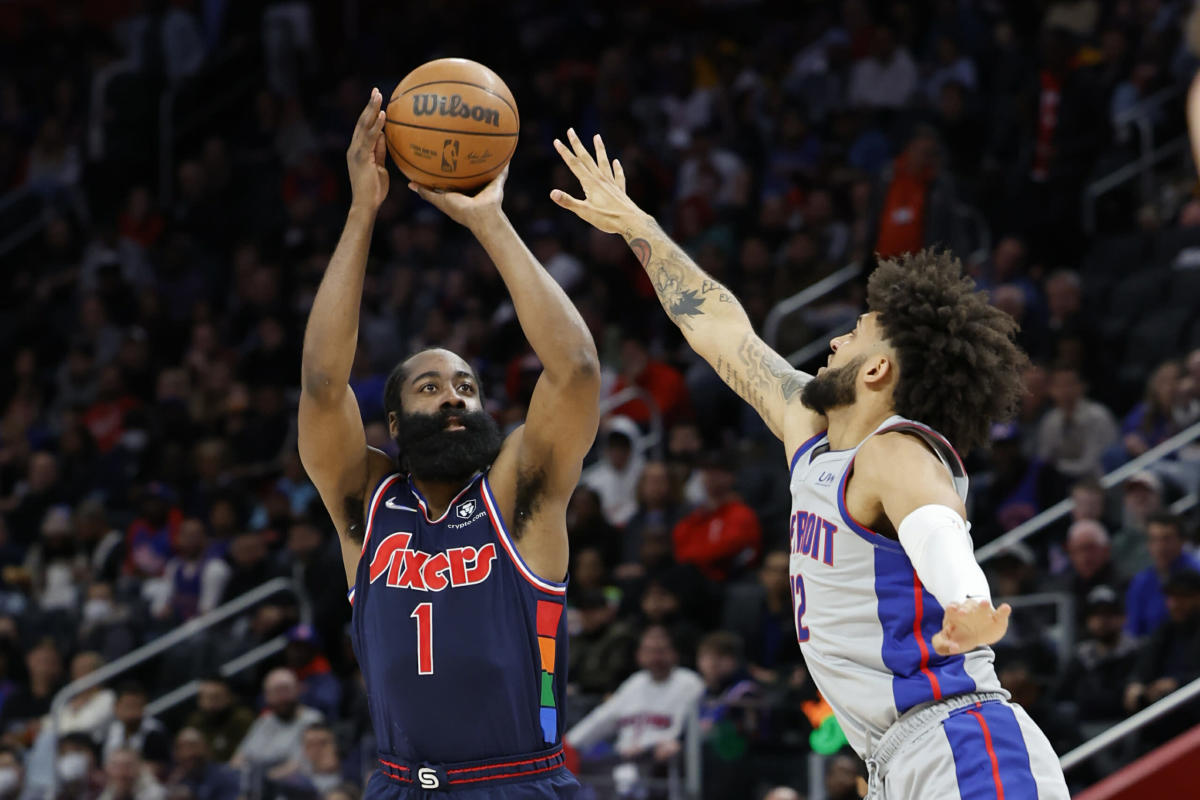 It’s the offseason which means Twitter is filled with a ton of videos of various NBA stars working in the gym and adding to their game. The Philadelphia 76ers are no different as Tyrese Maxey has constantly been in the gym all summer, but the future Hall of Fame guard is back in the gym as well.

James Harden, acquired at the deadline, averaged 21 points, 10.5 assists, and 7.1 rebounds in 21 games with the Sixers after the trade. He wasn’t the same explosive Harden due to a nagging hamstring injury he has dealt with, but now that he has had a full summer to rest and get back in the gym, he has begun putting in the work again.

A video has surfaced of The Beard being back in the gym and putting up jumpers and looking a little spry while working hard.

The Sixers are going to be one of the top teams in the Eastern Conference as long as Harden and Joel Embiid continues to grow their pairing as the star leaders of this team.

3 breakout player candidates for Sixers in the 2022-23 season

Report: NBA has opened investigation on Sixers for possible tampering

Brian Windhorst explains why Sixers are winners of the offseason