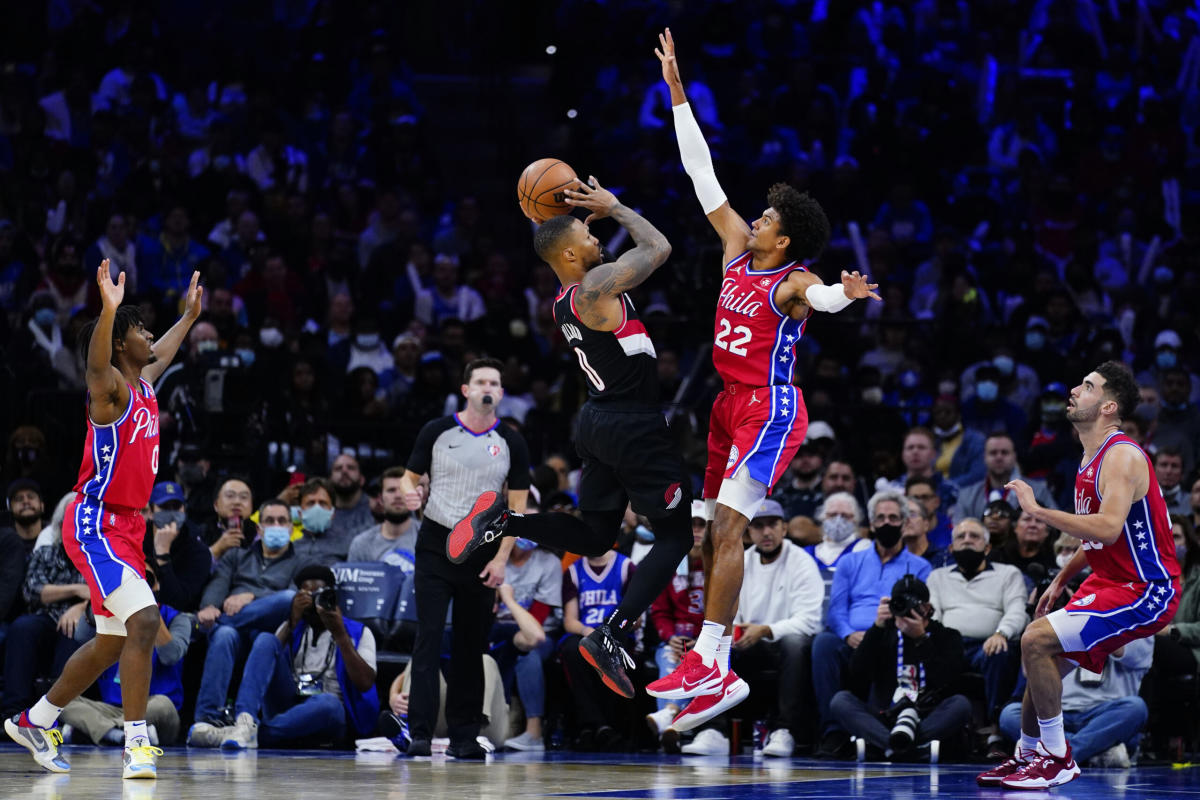 Philadelphia 76ers wing player Matisse Thybulle is one of the best defenders in the league. As he prepares for his fourth season, the defensive stud out of Washington already has a few All-Defensive Team appearances on his resume as he disrupts opposing game plans.

The biggest criticism of Thybulle remains his work on the offensive end.

In his third season in the league, Thybulle shot just 31.3% from deep on 2.2 attempts per game and then he shot just 28.6% from deep in the playoffs. His postseason was wrecked by his vaccination status as he was unable to play in Toronto in Round 1 of the postseason, but Canada has changed their vaccination rule so he is allowed to play in Toronto in the coming 2022-23 season.

After the Sixers were eliminated in Round 2, Thybulle vowed to become an offensive asset as he wants to be more effective on that end of the floor. Per Keith Pompey of The Philadelphia Inquirer, he worked out with Portland Trail Blazers star Damian Lillard as well as other prominent shooting figures:

Thybulle spent time the summer working out with Portland Trail Blazers perennial All-Star Damian Lillard and renowned shooting coach Phil Beckner in Phoenix among other cities. Improving his outside shooting was one of his focuses. He also went to Los Angeles to work on his ball handling and finishing around the basket with Chicago Bulls All-Star DeMar DeRozan under the direction of ball-handling wiz Johnny Stephene, aka Dribble2Much and HandleLife Johnny.

It is clear and obvious that Thybulle took this summer seriously. As the Sixers are about to embark on training camp on Tuesday, they could absolutely use a much more offensive-minded Thybulle in order to help them chase their championship.