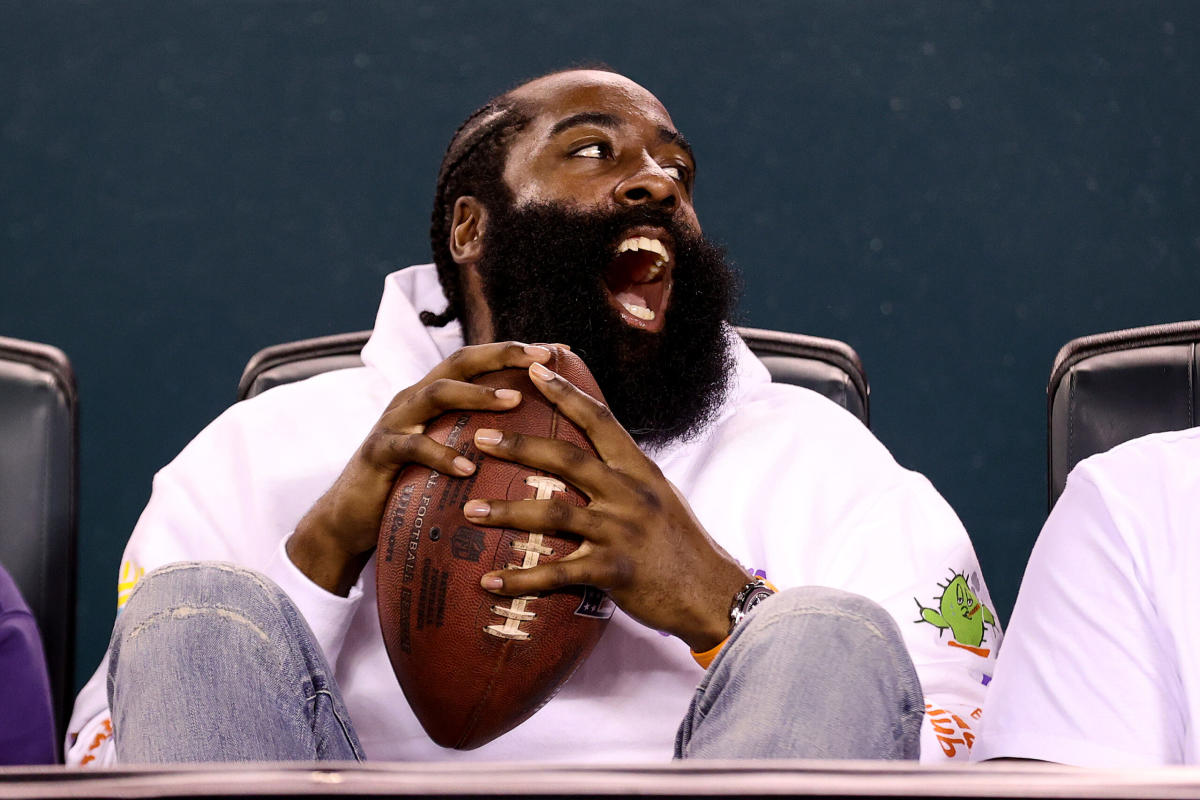 With the Philadelphia 76ers still off for another week or so, now is the time for the players to get their final preparation for the upcoming season as well as get some relaxation in before the grind of an NBA season is here.

Sixers star James Harden has been working hard all summer to try and get himself in better shape and get over his nagging hamstring injury as well. On Monday night, Harden decided to relax and he was in attendance for the home opener for the Philadelphia Eagles against the Minnesota Vikings.

Harden took in a terrific showing by the Eagles as they knocked off the Vikings 24-7 in a dominant effort. Philadelphia CB Darius Slay had two interceptions as he did an amazing job defending Minnesota star Justin Jefferson all night long to support a big night for the offense.

After one of his interceptions, Slay brought the ball over to Harden and the two shared a handshake and a laugh. After the game, The Beard made sure Slay signed the ball he brought over to him.

Sixers 3 goals: Danuel House Jr. has to bring 3-point shooting to the bench