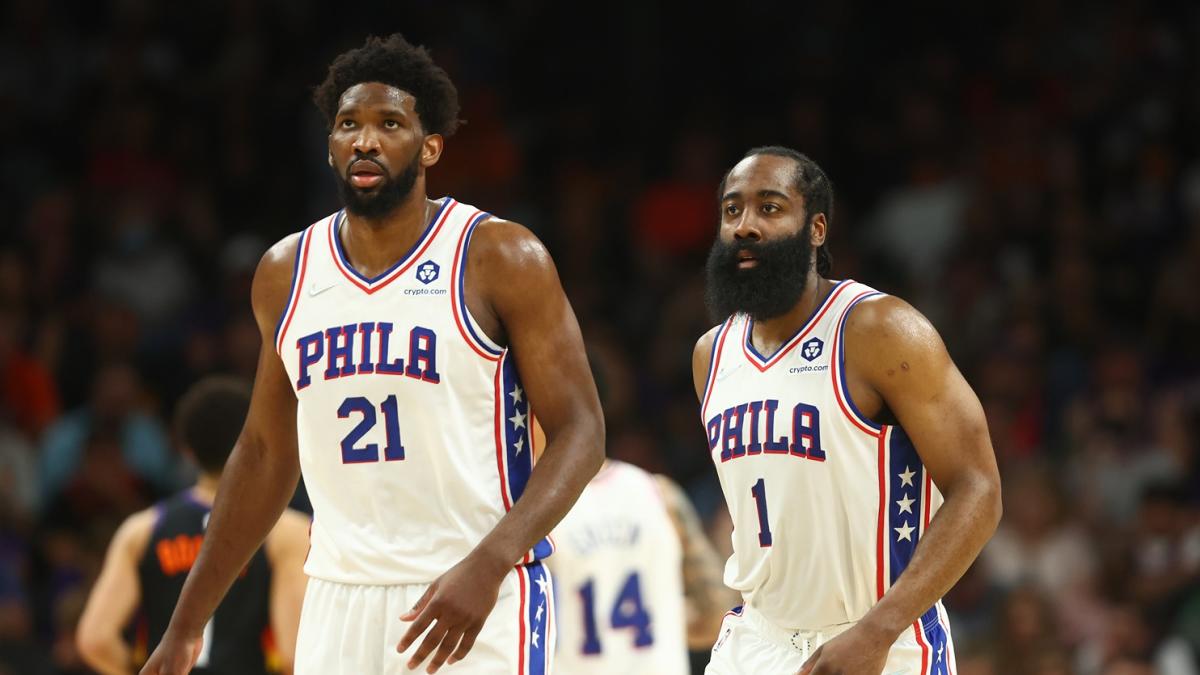 It’s that time of year again. 2K Games released its latest edition of the long-running franchise, NBA 2K23 for gaming systems. And if the game’s ratings system is any guide, the Sixers will be a force to be reckoned with this season.

Taking a look at the team’s overall rating, according to 2kratings.com, the Sixers are an 82 (out of 99), one of six teams to have that mark. That mark is tied for second in the NBA, behind only the Boston Celtics, who are rated an 83.

As for the Sixers’ starting five, they boast a group that is extremely tough to beat.

It’s not a surprise that Embiid is among the highest-rated players in the game. Only Giannis Antetokounmpo (97) is rated higher. The two-time MVP runner-up boasts an 81 3PT rating – close to the best among centers – and an 80 dunk rating as well.

The Beard’s rating took a significant hit from last season, perhaps based on his up-and-down performance in the regular season and the playoffs. Maybe the most laughable part of his rating is his 84 dunk number. In the 2021-22 season, Harden dunked the ball eight times.

Maxey’s game took a quantum leap from his rookie to his sophomore NBA season, and as a result, his 2K rating got a big-time boost as well. His 85 3PT rating is tied for the best on the Sixers’ roster. Between Maxey, Embiid and Harden, the Sixers have the highest-rated “Big 3” on any roster in the game.

Harris’ rating took a hit from last year, most likely because some of his offensive output has been distributed to Harden and Maxey. He still boasts a strong 3PT rating (80), and is one of the highest-rated “4th wheel” players in the NBA.

I can’t imagine you see a player going into his age 37 season and seeing his 2K rating go up, but here we are. Tucker has an 85 3PT rating, matching Harden and Maxey for tops on the roster. A tasty addition to an already stacked rotation.
NBA 2K23 is available for all gaming systems right now.