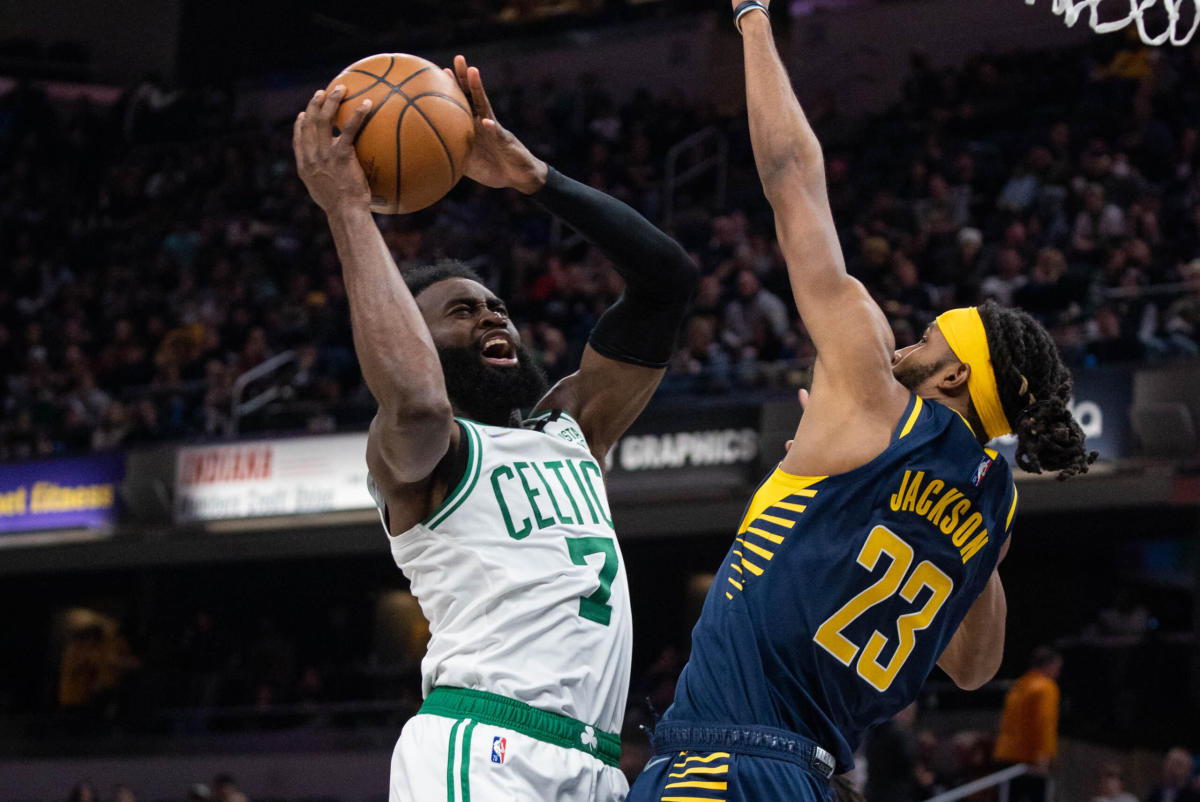 Since the start of the new year, few teams have played as well as the Boston Celtics had until their recent pair of losses to teams they should have easily beaten on paper, but facing tough, physical resistance from the Detroit Pistons and Indiana Pacers handed the Celtics their only two losses in 13 games.

After a rough start to the season that saw Boston drop games to teams with inferior rosters with startling regularity, one could almost see a wave of anxiety wash over the fanbase with the losses, but star forward Jaylen Brown brushed off such concerns while speaking with the media after the Pacers’ loss on Sunday.

Asked if there was increased pressure for Boston to get back into the win column given their poor start to 2021-22, the Georgia native replied “I don’t think so.”

“My mindset has been the same,” added Brown. “Of course, everybody will chime in what they think, and that’s fine — it’s out of our control.”

“But for us as a group, we try to keep the outside pressure outside and just come in and play basketball, just who execute the job well and stay the course. And that’s brought us to good moments in the season, even in the midst of adversity, so, I look to do nothing other than that now.”

Now, no, just to do what we do breathe, play good basketball,” he related. “We’ll be fine.”

Given the strength of Boston’s winning streak before their recent stumbles, that’s likely a wise perspective from Brown.

Returning to what worked in that stretch with perhaps some game planning on how to respond to physical play seems a prudent course as the Celtics gear up for harder opponents heading into the stretch run.