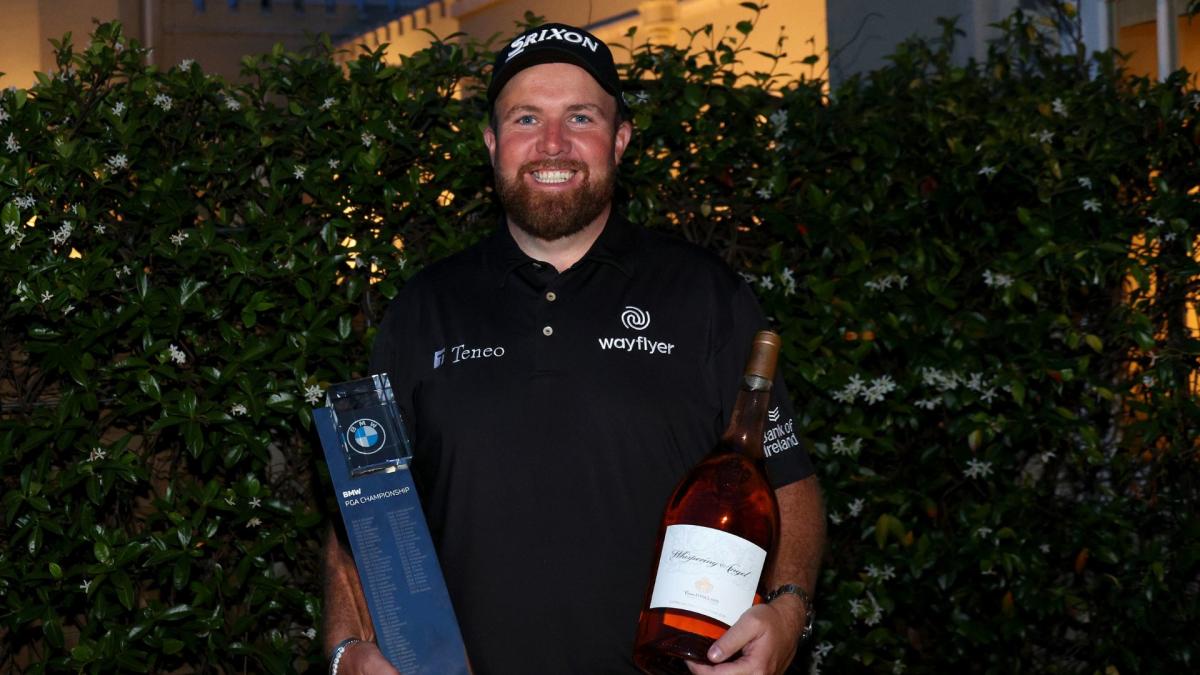 When it comes to golf, Sunday was a great day for Ireland. Shane Lowry won the BMW PGA Championship and Padraig Harrington won the PGA Tour Champions’ Ascension Charity Classic.

After Harrington’s win, the 51-year-old called his fellow Irishman, but Lowry didn’t answer — at 3:30 a.m. in England.

“If Shane is not still partying, I’m not happy,” Harrington said in a video from the PGA Tour Champions. “Or else he’s not answering my phone call.”

The phone kept ringing; however, the 2019 Open Championship was not picking up.

“I’m assuming there must be a problem with the connection,” Harrington said. “There’s no way he wouldn’t be answering.”

When the call when to voicemail, Harrington had a friendly dig for Lowry.

“Good God he’s a lightweight,” Harrington said. “He must have gone to bed.”

Was Lowry snoozing or sloshed? Well, let’s connect some dots.

After the 35-year-old’s victory Sunday at Wentworth, cameras caught Lowry complaining that he had to be picked up at 6:45 a.m. He did have some celebratory beverages after the win. How many? Who knows.

But at 8:25 a.m. local time in London, Lowry posted a picture holding a coffee while looking groggy, with the caption, “Morning after the night before.”

Whether it was too much booze or Lowry just isn’t a morning person, he might want to give Harrington a call back ASAP.

See also  Jordan Spieth, Bryson DeChambeau, Zach Johnson all made a name for themselves at John Deere Classic. How one tournament director wooed top young talent to America’s Heartland