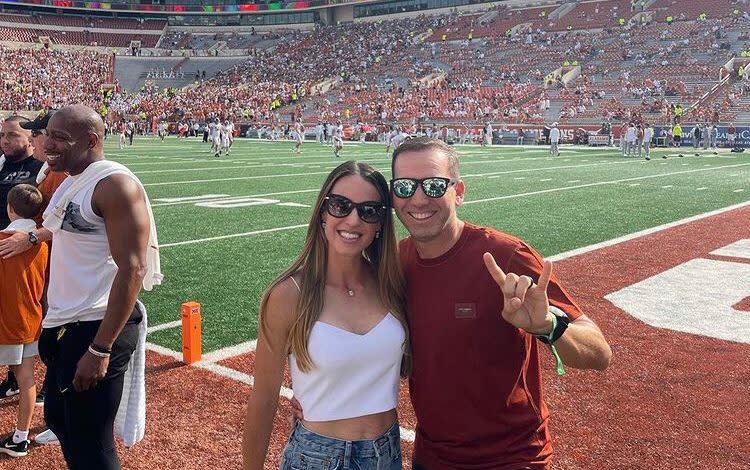 Sergio Garcia will be fined by the DP World Tour unless he provides “medical evidence deemed reasonable” for withdrawing without explanation from last week’s BMW PGA Championship after a first-round 76 – and then being pictured at a college gridiron game in Texas 24 hours later.

Wentworth HQ confirmed to Telegraph Sport on Monday that, three days on, it has still to receive a reason from Garcia or his management company and have warned that unless it is forthcoming in the three-week window then he will be hit with a financial penalty.

There was outrage on social media when photos emerged on Saturday of Garcia posing on the sidelines of Texas versus Alabama in his wife’s hometown of Austin. Play was called off at the West Course on Friday out of respect to the late Queen Elizabeth II, with the tournament being reduced to 54 holes.

Yet when the second round started on Saturday, Garcia was 5,000 miles away, smiling for the cameras. On four-over, he would have required a 64 to make the cut at the West Course.

A spokesperson confirmed that David Garland, the tournament director, is, in this instance, ready to apply the Tour’s withdrawal policy. The members’ regulations handbook is clear.

“A player is not entitled to withdraw at the conclusion of the first round or during the play of any round of a tournament,” it says. “Exception: emergency reasons or medical circumstances deemed reasonable by the tournament director. Written evidence of medical circumstances must be forwarded to the tournament director or the entries department within 21 days following the withdrawal. A player not observing this regulation will be fined.”

Garcia was the only one of the 15 LIV-contracted players in the Tour’s flagship event who pulled out and inevitably there were accusations of “disrespect” to the tournament and other pros.

On Wednesday, Jon Rahm had expressed dismay that his friend – and another fellow Spaniard – Alfredo Garcia-Heredia was first reserve and was missing out on what “could be a career-changing week” because of the presence of players on the Saudi-funded rebel circuit.

Garcia-Heredia, the 40-year-old who is 336th in the world and in danger of losing his Tour card, liked posts on Twitter pointing out if Garcia had not teed it up at Wentworth for the first time in eight years – he also withdrew after the first round in 2014 – then he would have made his debut in the £7million Surrey featurepiece.

See also  Check out who played their way into the 2022 U.S. Open field

There could be a legitimate excuse, but Garcia’s agent did not reply to calls or messages from Telegraph Sport. A high-profile player who wished to remain anonymous said: “However, you look at it, this is two fingers up from Garcia to the Tour. He came to Wentworth saying he wanted to ‘support the Tour’, but was obviously annoyed at what Keith Pelley said.”

Pelley, the Tour’s chief executive, made thinly-veiled criticisms against Garcia for saying “the European Tour is becoming the game’s fifth Tour”. “Wow – he actually said,” Pelley said at his eve-of-tournament press conference. “One of our members? Unbelievable.”

Garcia’s latest antics will only cement his status as pariah-of-chief on his home circuit, despite the fact he is a Ryder Cup legend, as the match’s all-time leading points scorer.

In June, Telegraph Sport exclusively revealed that the 42-year-old produced an astounding rant in the locker room at the Tour’s BMW International in Munich, shouting at fellow pros, “this Tour is s—, you’re all f—–, should have taken the Saudi money”.

That extreme reaction came after the news that Garcia and the other rebels who played in the first LIV event in Hertfordshire were being fined £100,000 and banned from the Scottish Open. However, a judge later granted a temporary reprieve to these sanctions, with the case proper due to be staged in February.

See also  Internationals play better, but don't get the morning sweep they needed

That hearing will essentially decide if Garcia and Co will face indefinite Tour bans and exclusion from the Ryder Cup. In the wake of the melee in Munich, Garcia initially declared that he would resign his membership on the Tour where he has been a member for 23 years and on which he has accumulated almost £30m, but quickly enacted a U-turn. His response to this threat will be intriguing.

Garcia is on the starting list, published on Monday, for this week’s LIV event in Chicago. The £20million three-day tournament starts on Friday and will also feature Americans Talor Gooch and Patrick Reed, who on Sunday finished fourth and fifth respectively behind Ireland’s Shane Lowry. In celebration, Lowry said: “This is one for the good guys.” There are no new LIV recruits this time.