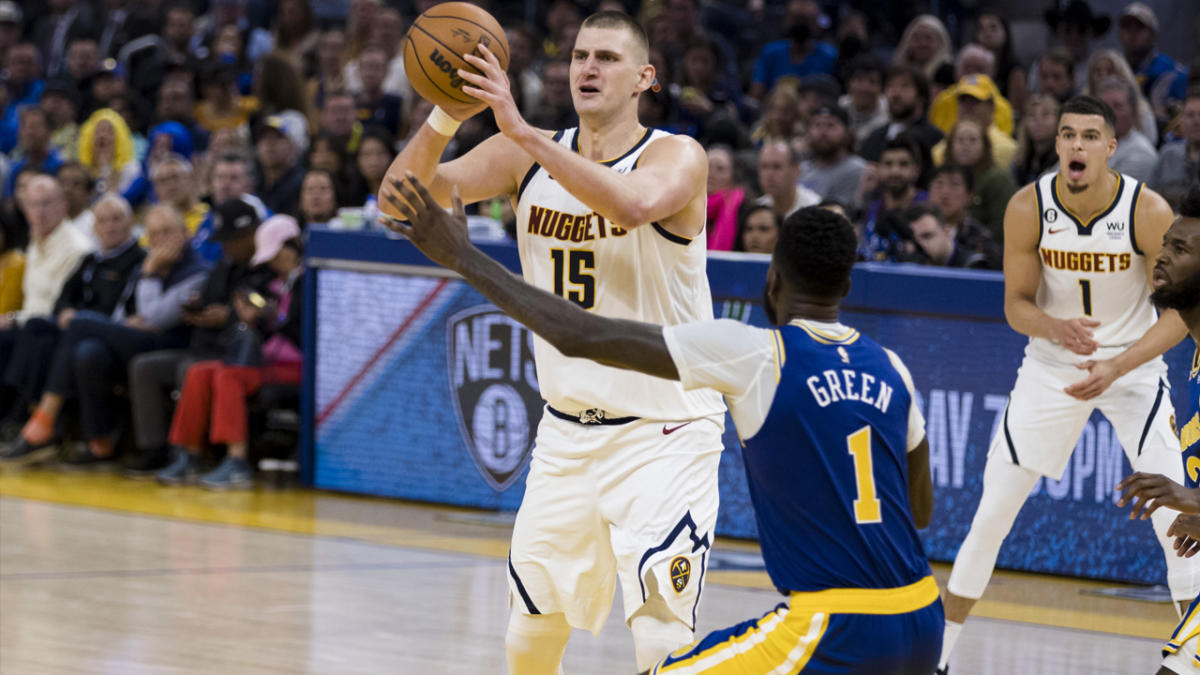 SAN FRANCISCO — The Warriors in their season opener beat the Los Angeles Lakers by 14 points, and led by as many as 27. The Denver Nuggets in their opener suffered a shocking upset loss to the Utah Jazz, losing by 21 points.

So naturally it was the Warriors who came out and found themselves in a major first-half hole against the Denver Nuggets on Friday night at Chase Center, trailing by 18 points as they went back to the locker room at halftime. Then came the Third-Quarter Warriors, putting up 36 points to make it a 10-point game going into the fourth.

While the Warriors outscored the Nuggets by 13 points in the second half and battled until the final buzzer, it wasn’t enough. Simply put, it was too little, too late in a 128-123 Warriors loss to Denver.

Allowing 40 points in the first quarter will do that. So will sloppy defense, early foul trouble and some whacky early-season rotations.

Steph Curry and Andrew Wiggins did everything they could to try and will the Warriors to a win. Curry led the way with 34 points, splashed five threes and added five rebounds and four assists. Wiggins looked like the best player on the floor at times, consistently finding ways to make an impact with 23 points and a team-high eight rebounds.

These two teams are sure to be atop the Western Conference standings all season long. Last season, the Warriors were 1-3 against the Nuggets in the regular season, but beat them in five games to open the postseason. This season, the first game goes to the Nuggets.

Here are three takeaways from a wild Warriors loss in the second game of the season.

Draymond Green came out of the gates full of energy, looking like a man ready to make a statement. He was pushing the pace, setting teammates up and playing lockdown defense. And then, he had to go to the bench.

Steve Kerr said before the game that he wanted to push Green’s minutes, and Draymond wound up playing 27. His team needed a few more.

He did it all for them, scoring 13 points with nine assists, two rebounds, two steals and two blocks. He led the Warriors by finishing as a plus-13.

Those early fouls were costly, though.

Depth was the go-to buzzword throughout the preseason, and it followed the Warriors in Game 1. But in their second contest of the season, the Warriors’ bench mob laid a major dud on their home court.

With Green and Kevon Looney in foul trouble, Kerr had to rely on his second unit earlier than he likely hoped. They didn’t do themselves any favors. In the first half, the benches of the two teams were on completely different planets.

Through two quarters, the Warriors’ bench of Jordan Poole, JaMychal Green, Donte DiVincenzo, James Wiseman and Jonathan Kuminga were a combined minus-61. Moses Moody did not get any run in the first half.

On the other side, Denver’s bench had its way with Golden State. In the first half, five Nuggets players combined to be plus-58. That’s a tad bit better than the reigning champions.

In the end, the Warriors’ bench was a minus-67. The Nuggets reserves were a plus-63.

Throughout the regular season and the playoffs, Poole was by far the Warriors’ second-best offensive player. That hasn’t been the case so far, in a very small sample size.

Against the Lakers, Poole scored 12 points, and after making his first two 3-points attempts, he missed his next seven. What was odd against the Nuggets was how passive he was. Poole didn’t attack the basket, and he didn’t shoot it from the outside.

Though he played 27 minutes, Poole scored only seven points and three of those were free throws. He attempted only five shots and he missed both of his 3-pointers. He’s a bucket-getter, but not this time.

There was too much hesitancy from him. Poole is best when he’s decisive and you can feel his swagger from the upper deck. The Warriors need their young star to find his confidence, and play with it every single game.