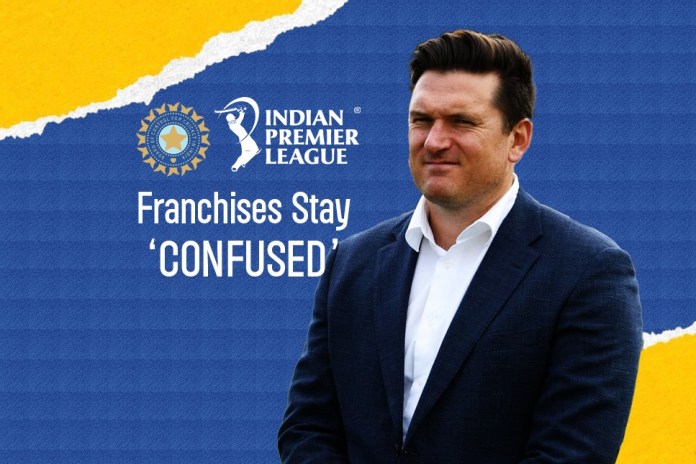 IPL 2022 – South Africa Players IPL: The suspense on the availability of South African cricketers for the first two weeks of IPL 2022 is continuing. The BCCI’s SOS to Graeme Smith hasn’t brought any positive result. Reason, Smith himself is on his way out from Cricket South Africa: Follow IPL 2022 LIVE Updates with InsideSport.IN

“We are confused now. We haven’t heard from the BCCI on the issue. When we speak to our player he assure he can land on time. But we are not getting the assurance from the BCCI”, said one the franchise official to InsideSport.

InsideSport also reached out to the BCCI as well on the issue of South African players availability.

“See we reached out to Graeme Smith. He is the one who was coordinating everything. But his situation becuase of the hearing against him is not good. But we are still hopeful of a solution.” a senior BCCI official told InsideSport.

South Africa Players IPL – Why Graeme Smith has not been able to help? Graeme Smith’s contract with CSA expires at the end of March. His position will be advertised again. According to sources in CSA, it’s expected that he will part ways with the board.

Smith along with coach Mark Boucher is charged in the Ombudsman’s Report. According to the findings of the report, the duo had acted in a prejudicial or discriminatory manner.

According to Sport24, the bulk of the arbitration hearings took place the past week. The findings could be wrapped up by the coming week.

Recently speaking on one of the local Radio show, CSA chairperson Lawson Naidoo confirmed there would be an “open process” to select the new director of cricket.

“With regards to Graeme Smith’s contract ending in March, the position will be advertised. There will be an open process,” Naidoo commented.

South Africa Players IPL – IPL Franchises Getting Concerned: With no final answers in sight the the IPL franchises are getting very jittery now.

Chances are that most of the top IPL Players from South Africa will miss out almost 3 weeks of IPL.

See also  Can Shakib make a cut against SRH?

South Africa vs Bangladesh Series: The home series against Bangladesh which includes three ODI and two Tests starting March 18 and ending on April 12.

There is no certainty on whether Proteas pace attack of Kagiso Rabada (Punjab Kings), Nortje (DC), Marco Jansen (Sunrisers Hyderabad), Lungi Ngidi (DC) will be available for the IPL.

According to the sources, the players will make to IPL only after the completion of the Test series against Bangladesh.

Other than the above, Dwayne Pretorius, Rassie van der Dussen, Aiden Markram, David Miller can also miss out the start of IPL.

RCB newly appointed Captain Faf du Plessis will be available right from the day 1 as he has already retired from the international cricket.

Same will be the case of Quinton de Kock. De Kock has retired from Test cricket and will play for Lucknow Supergiants in IPL 2022.

See also  Bring on the Barmy Army! England fan group hoping to head Down Under for the Ashes