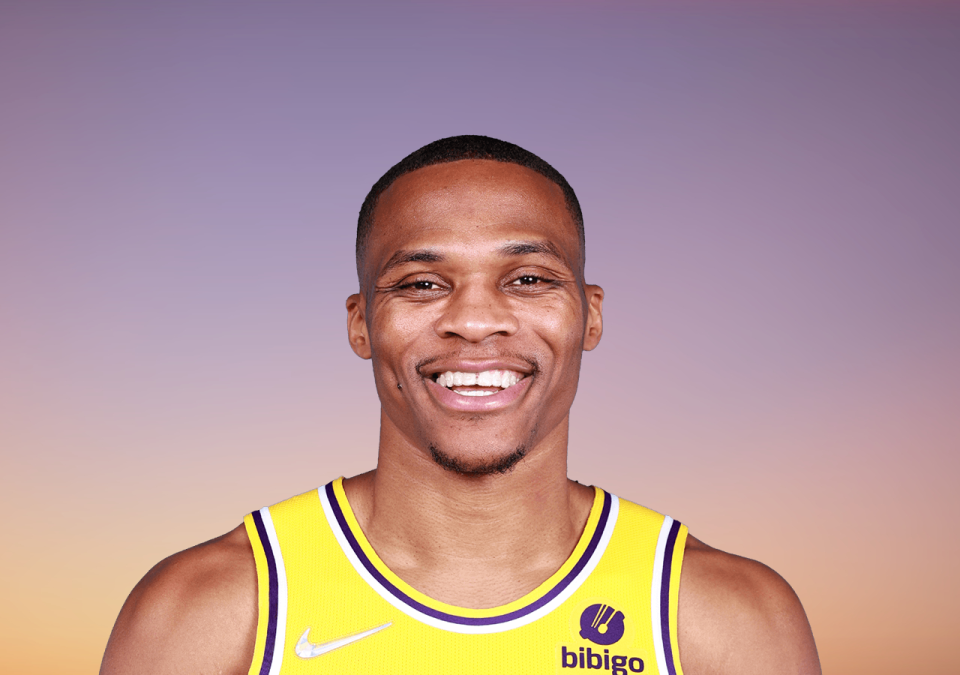 The Los Angeles Lakers have been arguably the NBA’s most disappointing team relative to expectations entering the season. Los Angeles had title hopes coming into the season but have fallen short of that lofty goal, as they currently sit at 28-35, good for ninth place in the Western Conference. One of the more frustrating players on the Lakers has been guard Russell Westbrook, who was acquired via a trade this past offseason. Westbrook has often been booed by fans, which isn’t a surprising reaction considering the passion of some fans. However, sometimes, fans take it too far, which is exactly what happened with Westbrook and his family. Westbrook received some ‘death wishes’ from fans. The All-Star guard’s wife Nina sounded off on such fans with emotional messages on Twitter.
Source: Tim Capurso @ Clutch Points

Kyle Goon @kylegoon
The discourse around whether Russell Westbrook should come off the bench seems to dance around the biggest question.
The Lakers Weekly Reset: ocregister.com/2022/03/07/doe… – 3:56 PM

Kamenetzky Brothers @KamBrothers
Monday’s @LockedOnLakers podcast! We discuss new reports of tension between Russell Westbrook and the Lakers, whether with his role, film session attitude, the assistant coach that got away, and more. #FirstListen @LockedOnNetwork @LockedOnNBAPods
podcasts.apple.com/us/podcast/mor… – 12:23 PM

Mark Medina @MarkG_Medina
Russell Westbrook on his game tonight that included 20 points on 9-of-17 shooting, four assists, five fouls and five turnovers: “Just trying to find ways to be active. That’s about it.” – 12:10 AM

Mike Trudell @LakersReporter
LAL went up 119-112 with a ridiculous alley-oop dunk from LeBron (Monk pass), but then turned it over, unforced, on B2B possessions (Westbrook, then Anthony), with GSW scoring both times to get within 3 points.
Time out LAL, with 1:06 to play. – 10:59 PM

Mark Medina @MarkG_Medina
Russell Westbrook is going to be in the closing lineup for this one. – 10:50 PM

Ryan McDonough @McDNBA
6 of the 9 Lakers who played in the 1st half – Anthony, Monk, Bradley, Reaves, Johnson, Augustin – are on minimum salaried contracts
The only Lakers who played and make more than the minimum are LeBron, Westbrook and THT – 9:43 PM

Kamenetzky Brothers @KamBrothers
The Lakers open the quarter with Russell Westbrook essentially at the 3, with Augustin-Bradley in the backcourt. Let’s get weird, baby! AK – 9:13 PM

Sam Quinn @SamQuinnCBS
I came into this season thinking that the absolute worst-case scenario for Russell Westbrook was that he’d be something resembling bubble Rondo, and if he was, this team would still be pretty good.
It’s about as wrong as I’ve ever been about a Lakers topic. – 9:08 PM

Sam Quinn @SamQuinnCBS
This Lakers roster is full of former stars who have effectively transitioned into role players. Dwight Howard. Carmelo Anthony. Rajon Rondo earlier on.
Russell Westbrook has so many examples to look up to and he’s rejecting them all. His pride is more important than winning. – 8:39 PM

Adrian Wojnarowski @wojespn
ESPN Sources: There’s an increasing push among many in the Lakers organization to demote nine-time All-Star Russell Westbrook from the starting lineup, but so far coach Frank Vogel has resisted bringing him off the bench: es.pn/3sKJXe5 – 8:28 PM

Keith Smith @KeithSmithNBA
Despite some questions about it, Russell Westbrook is in the Lakers starting lineup for tonight’s game vs the Warriors. – 8:01 PM

Neil Dalal @NeilDalal96
Raul Neto with his best Russell Westbrook impression from last season maintaining his dribble as he falls to the floor, nifty – 7:55 PM

Ohm Youngmisuk @NotoriousOHM
After watching Reggie Jackson dance through Lakers defense for 36 points, Russell Westbrook said he is still trying to figure out his role which changes “every single night.” Asked if Russ off bench is possibility, Vogel says everything has been discussed espn.com/nba/story/_/id… – 6:22 PM

Russell Westbrook’s wife Nina spoke about how ‘obscenities’ and ‘death wishes’ have been sent the way of she and her family. That is something that should never happen in the sports world, but unfortunately seems to be happening to the Westbrook family. Westbrook’s wife went on to speak about how she supports her husband through all the negativity he receives and that she hopes that the players who come after him don’t have to deal with what he has had to endure. -via Clutch Points / March 7, 2022

There has been an increasing push among many in the Los Angeles Lakers organization to demote nine-time All-Star guard Russell Westbrook from the starting lineup, but so far coach Frank Vogel has resisted bringing him off the bench, sources told ESPN. -via ESPN / March 5, 2022

The coaching staff and Westbrook have had differing visions on how best to utilize the 2017 NBA Most Valuable Player, and that has partly accounted for some tense moments between Vogel and Westbrook in the past several days, including during a Friday team film session, sources told ESPN. -via ESPN / March 5, 2022