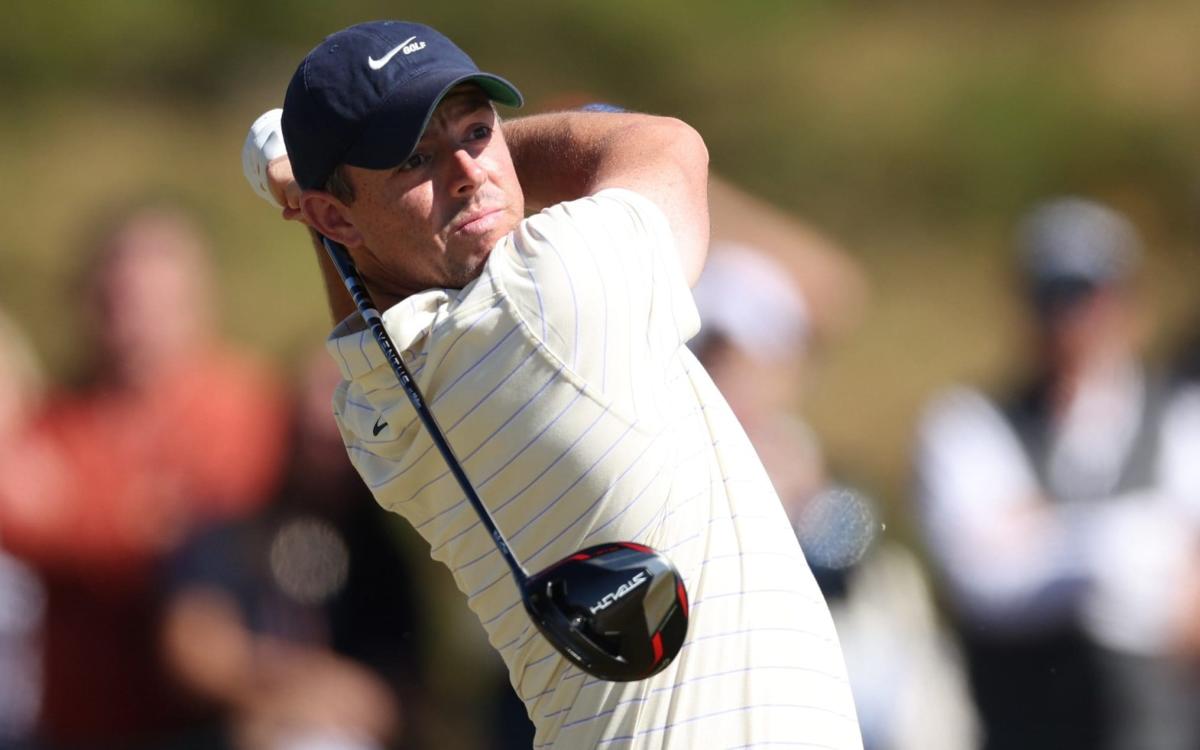 Rory McIlroy is poised to reclaim world No 1 after more than two years. The Northern Irishman goes into Sunday’s final round of the CJ Cup with a one-shot advantage looking ready not only to defend that PGA Tour title but also to ascend back to the summit that many believe to be his rightful position.

On 13-under, the Northern Irishman is one clear. McIlroy began the penultimate day in South Carolina three off the lead held by fellow Ryder Cup player Jon Rahm, but proceeded to put on a typically impressive display of ball-striking to shoot a four-under 67. This would clearly mean so much to the 33-year-old.

“To get to No. 1 in the world at whatever you do is an unbelievable accolade and something that you should be proud of,” said McIlroy who fell as low as 16th in the rankings in August, 2021. “I have an opportunity to do it this week and I’m proud of the fact that I’ve at least given myself that chance.”

A victory in South Carolina – which would be his third victory of the year – would ensure that McIlroy leapfrogs American Scott Scheffler, but even finishing runner-up would see him make the jump.

See also  From Atthaya Thitikul to Ashleigh Buhai, the biggest LPGA breakthroughs of 2022

To unseat Scheffler, McIlroy would need to win at Congaree Golf Club and for Scheffler to finish worse than a solo tie for second, or for McIlroy to finish second and the Masters champion to come outside the top 34 in the event featuring 15 of the world’s top 20. After 54 holes, Scheffler is in a tie for 47th on level par following a two-over 74.

This would be McIlroy’s ninth stint as No 1. “I’m just thinking about winning here tomorrow,” he said. “That takes care of most things.”

Regardless of the result at Congaree Golf Club, McIlroy seems destined to win his first order of merit title in seven years on the DP World Tour – formerly the European Tour – although New Zealander Ryan Fox could still be a factor in that race.

The son of Grant Fox – the legendary former All Blacks fly-half – could put himself into position to overhaul McIlroy with his second title this month, after the Dunhill Links success that saw the big-hitting 35-year-old crack the world’s top 25.

Fox is on 16-under at the Mallorca Open after a 65 to stand on 16-under and in a tie for lead going into the final round with Germany’s Yannik Paul. Two behind in Palma stand Marcus Armitage and Dale Whitnell.

“Obviously I’d like to get closer to Rory and give him a bit of a run, but it would be nice going into Dubai [the final event of the season] knowing I hold it in my own hands – if I win that event I could probably win the rankings. It’s certainly not a position I’d expected to be in at the start of the year.

“Regardless I’m pretty happy to be where I am and tomorrow I’ll just go out and do what I’ve done all year, try and beat the golf course and see what happens.”