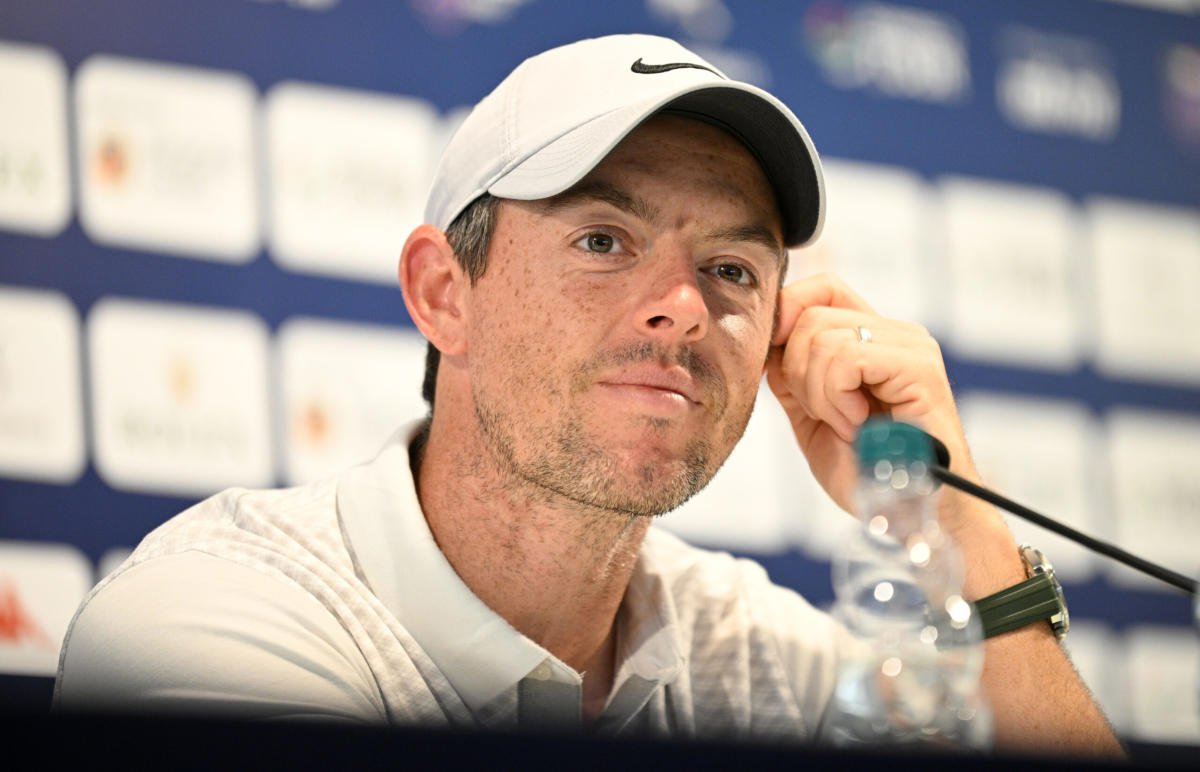 There’s something inherently special about a national open, but it comes as no surprise that the attention this week at the 2022 Italian Open is more so focused on the future.

Unlike at last week’s BMW PGA Championship, there’s a small presence of LIV Golf players in the field this week as most are competing at the series’ fifth event near Chicago, but that certainly didn’t keep McIlroy from fielding yet another question about the upstart circuit led by Greg Norman and backed by the Public Investment Fund of Saudi Arabia.

“I have said it once I’ve said it a hundred times, I don’t think any of those guys should be on the Ryder Cup team,” McIlroy definitively said during a Wednesday press conference.

Donald is joined in the field by vice captains Thomas Bjørn and Edoardo Molinari, who will undoubtedly be scouting out players for their six selections for the 12-man team that will challenge the United States in a years time. McIlroy even let slip that he, Donald and a few others would meet for dinner Wednesday evening for some team bonding and discussion on how the course could favor the Europeans.

“I think the European Team has a core of six or seven guys that I think we all know are pretty much going to be on that team, and then it’s up to some of the younger guys to maybe step up,” McIlroy said.

“But I think we were in need of a rebuild, anyway. It was sort of, we did well with the same guys for a very long time but again as I just said, everything comes to an end at some point. I think Whistling Straits is a good sort of demarcation, I guess.

“That’s all behind us. We have got a core group of guys but let’s build on that again, and instead of filling those three or four spots with older veterans, let’s blood some rookies and let’s get them in and build towards the future. I think that’s important.”

The United States rolled to victory at Whistling Straits in Wisconsin, 19-9, back in 2021, defeating a European side that featured the likes of Bernd Wiesberger, Paul Casey, Lee Westwood, Sergio Garcia and Ian Poulter, all of whom have gone to LIV Golf (Garcia and Poulter were captain’s picks).

Using the 2021 side to speculate, one can assume the six or seven core players McIlroy referenced are himself, Jon Rahm, Tommy Fleetwood, Tyrrell Hatton, Viktor Hovland, Matt Fitzpatrick and Shane Lowry. As for the rookies, the trio of captains will likely have their eyes on the Hojgaard brothers, Nicolai and Rasmus, who are both in this week’s field.

“I think anyone playing well this week will obviously be seen under a different light in a year’s time,” Edoardo Molinari explained. “Obviously still a very long way to go. Everyone will have to play very well to make the team or get a pick.”

“I think it’s very important, at least to have a good first look,” he said of McIlroy and Fitzpatrick playing this week. “I mean, as I said, we are going to make a few little changes but the bulk of the course will be the same, and even just for us to get their opinion on how the course is playing and what they would like to see and what they like to see on a golf course, how they play better in certain conditions or others, I think it’s just a benefit for everyone, and obviously it’s much appreciated that those guys were able to come here and play this event ahead of the Ryder Cup. Hats off to them.”

Significant moments in the history of the Ryder Cup, one of the game’s most riveting spectacles