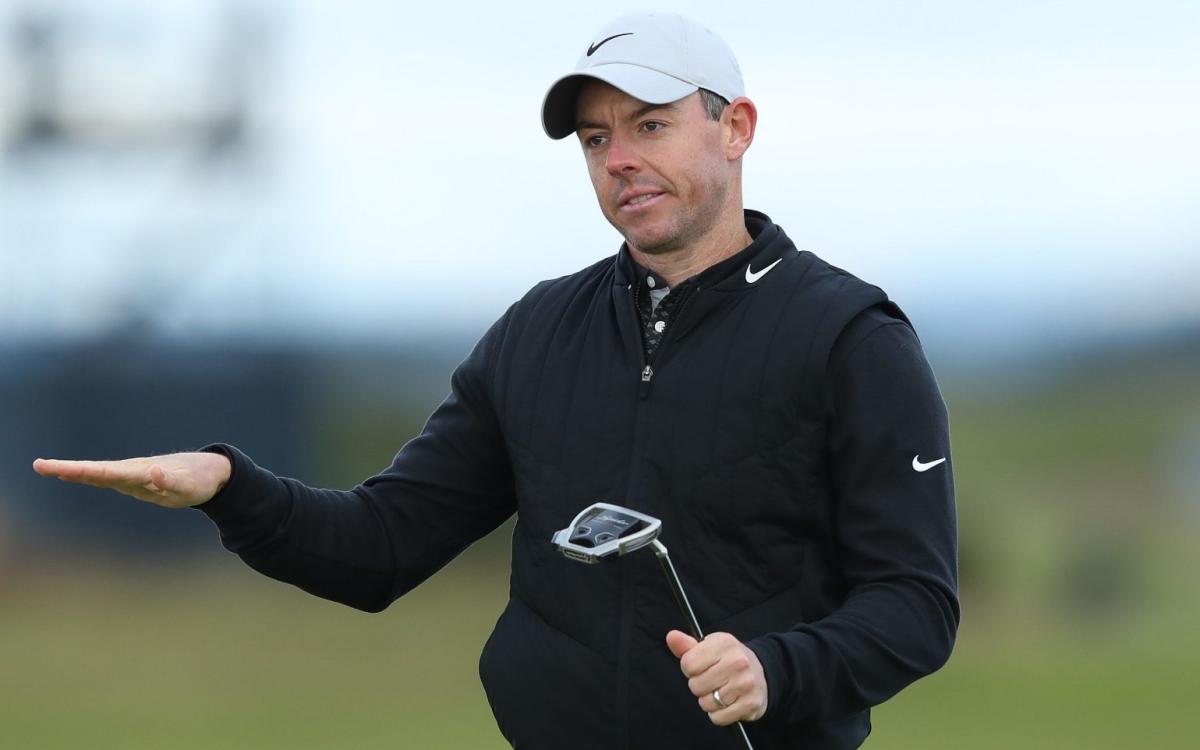 Rory McIlroy has called for the warring factions of golf to “sit around a table to figure something out” because he believes “the game is ripping itself apart”.

As one of most vocal opponents of the LIV Golf Series, McIlroy’s call here at the Home of Golf is significant. The Northern Irishman has previously hinted that the PGA and DP World Tours should negotiate with the Saudi-funded circuit, but has not before gone this far.

“It’s no good for anyone. There is a time and a place for it. I just think right now, with where everything is, it’s probably not the right time. But saying that, I don’t think we can let it go too much longer. So I’m all for everyone sitting around the table and trying to figure something out for sure.”

McIlroy’s plea comes a few weeks after Phil Mickelson, one of LIV’s highest-paid rebels, made a similar statement. On Tuesday, Alfred Dunhill, the sponsors of this Links Championship which has invested more than $100 million over a near 40-year association with the DP World Tour, told Telegraph Sport that there should be “a cessation of hostilities which are threatening the future of the game we all love” and that “people need to talk to each other to find a solution.”

However, prospects of peace talks appear further away than at any time since the Saudi sovereign wealth fund signified its intent to set up a circuit last year, with a $2 billion war chest. Jay Monahan, the PGA Tour commissioner, has consistently refused to entertain entering negotiations, while recently Greg Norman, the LIV chief executive has declared he no longer has “any interest” in a sitdown.

Meanwhile, Keith Pelley, the chief executive of the DP World Tour, is adamant he would only deal with LIV if it was prepared to act as a sponsor “within the sport’s ecosystem” and not exist as a separate concern. And as McIlroy acknowledges the looming court cases do not make this likely either. There is a hearing into the Europe circuit’s sanctions against LIV players in February, with one in America set to begin late next year.

“It’s very hard for that to happen right now when there’s two lawsuits going on,” McIlroy said. “That’s what makes it difficult. And I think, as well, there’s a natural timeline here to let temperatures just sort of settle down a little bit and people can maybe go into those mediations with cooler heads and not be so emotional about it all.”

McIlroy has returned to the Old Course, a little two months after being denied his fifth major by Cam Smith, the Australian who has since joined LIV. In a practice round on Wednesday, McIlroy eagled the 18th, holing a 20-footer and quipped: “I wish I’d done that in July.” He also received a favourable bounce on the 14th. “I said the same then as well,” he said.

However, McIlroy has not come back to exorcise the demons, but instead because he wants to partner his father, Gerry, in this four-day pro-am. “I would prefer to win the team event with my dad, here, than the individual event,” he said. “It wouldn’t make up for the Open, but it would cushion the blow. To be honest, I have so many great memories of the Old Course, my view of the place will never be soured.

“I earned my Tour card in this event here 15 years ago [when finishing third] and I’ll always have a deep appreciation for St Andrews and what it means to our game.  That’s more important than me trying to win an Open Championship here.”

There is also a storm brewing over LIV applying for official world ranking status. Norman has demanded that Monahan and Pelley, who are on the panel of the world rankings board, recuse themselves from the vote over whether to recognise LIV and LIV golfers last week wrote an open letter to Peter Dawson, the rankings board’s chairman, urging for a “positive” and “quick” resolution.

However, the process takes at least a year, meaning that without access to the ranking points on the PGA Tour – from which they are all banned – their rankings will tumble.

“I certainly would want the best players in the world ranked accordingly. I think if Dustin Johnson is somewhere around 100th in the world then it’s not an accurate reflection of where he is in the game.

“But at the same time, you can’t make up your own rules. If they want to pivot to meet the criteria, they can… I certainly have no problem with them getting world ranking points, at all. But if you don’t meet the criteria, it’s going to be hard to justify why you should have them.”

LIV actually fails to meet the majority of the qualifying criteria, including tournaments being contested over 72 holes, an average of 75 players per event over a season, a 36-hole cut and an open Q-school held at the start of each season.  LIV’s contention is that the Tours also flout these rules. There are rumblings that, as McIlroy noted, LIV might seek to alter their format in order to convince Dawson’s board.