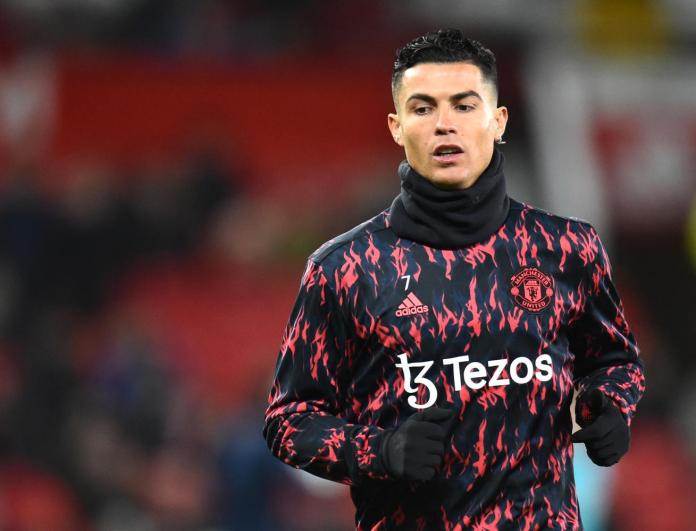 Ronaldo leaving Manchester United? Cristiano Ronaldo Manchester United: Cristiano Ronaldo and 15 other Manchester United players are said to return to the club’s Carrington training complex on Monday morning for pre-season training following their off-season break. But since CR7 dropped a bombshell on Saturday regarding his desire to play Champions League football and leave the Red Devils, it is unclear whether the Portuguese will turn up for Erik ten Hag’s first training session. Will Ronaldo turn up for Man United’s Pre-Season training? Follow Latest Football News LIVE with InsideSport.IN

Ronaldo leaving Manchester United? Man United says ‘he is not for SALE’, will Cristiano Ronaldo turn up for training session on Monday? Follow LIVE UPDATES

▫️ Man Utd insist he’s not for sale, as they want him to stay;

▫️ Mendes will push again with many clubs, PSG not working on it;

The 37-year-old has been enjoying some time off with his partner Georgina Rodriguez and five kids in Spain. Ronaldo and Georgina were then spotted on the expensive yacht in Ibiza with friends. He then spent his summer break in Mallorca training with his son Cristiano Jr.

It had been revealed on Saturday that Cristiano Ronaldo told Man United he wants to leave this summer as he wants to see more ambition from the club. With the likes of Erling Haaland, Darwin Nunez and Julian Alavrez already securing a move United have very limited options to purchase a striker if Ronaldo leaves.

According to various reports, it is said that Cristiano Ronaldo appreciates Erik ten Hag but with the club’s lack of activity in the transfer market and no UCL football, the Portuguese feels a move is the best option for the few remaining years of his career. Although United have insisted that Ex-Real Madrid man is not for sale.

Roma, Sporting Lisbon, Chelsea and Bayern Munich have all registered an interest in recent weeks.

Football Transfer Window 2022: Every DONE DEAL of the…

Will Ronaldo turn up for first training session with Erik ten Hag on 4th July?

However, those involved for their countries during the June internationals, including Ronaldo, were given a longer period off.

According to the Manchester Evening News, Man United will have 15 players back in training on Monday, as Ten Hag prepares to name his squad for the pre-season tour of Thailand and Australia.

The 20-time English champions will take on Liverpool, Melbourne Victory, Crystal Palace, Aston Villa, Atletico Madrid and Rayo Vallecano as part of their preparations for the 2022-23 campaign.

“I spoke to him a few weeks ago – we’re both on vacation, no one bothers friends on vacation. I hope to meet him on [July 4] to train there [at Manchester United], I’m not expecting more than that.

“There is nothing more than that, but each one takes care of their future. I don’t believe that the club is willing to lose a player of the value of Cristiano.”

Ronaldo leaving Manchester United? Man United says ‘he is not for SALE’, will Cristiano Ronaldo turn up for training session on Monday? Follow LIVE UPDATES