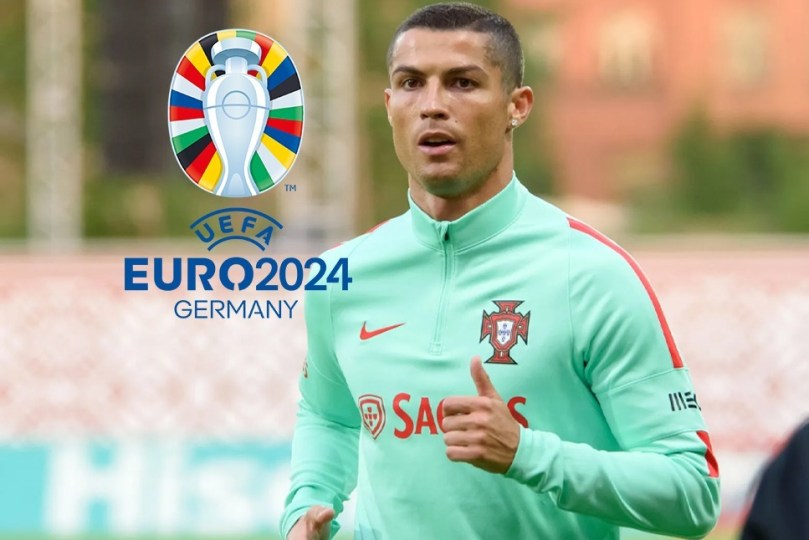 Cristiano Ronaldo Euro 2024 – Euro 2024 LIVE – Cristiano Ronaldo has set his sights on playing for the Portugal national team till Euro 2024, insisting that he has no plans to retire. The 37-year-old Manchester United striker is expected to be a key figure in his 10th major tournament for Portugal later this year at the Qatar World Cup. Follow InsideSport.IN For Football Latest updates

“My journey is not over yet, you’re going to have to put up with ‘Cris’ for a while longer. I want to be part of the World Cup and the Euros. I feel very motivated. My ambition is great,” said Ronaldo during the Portuguese football federation’s (FPF) Quinas de Ouro awards in Lisbon.

Ronaldo has scored 117 goals in 189 Portugal appearances, with the forward’s brace against the Republic of Ireland in September 2021 taking him above Iranian great Ali Daei’s haul of 109 goals as the record international scorer.

The Portuguese has been struggling with his club, having wanted to move away for Champions League football in the summer transfer window. However, he is set to continue the second year of his contract, with his first goal of the season coming against Sheriff FC in the Europa League.

Ronaldo’s teammate Bruno Fernandes along with Manchester City’s Bernardo Silva, Joao Cancelo, and Ruben Dias will all feature together in a star-studded line-up. Having qualified for the World Cup via the playoffs, the team will now be a dangerous threat with a squad filled with immense talent.