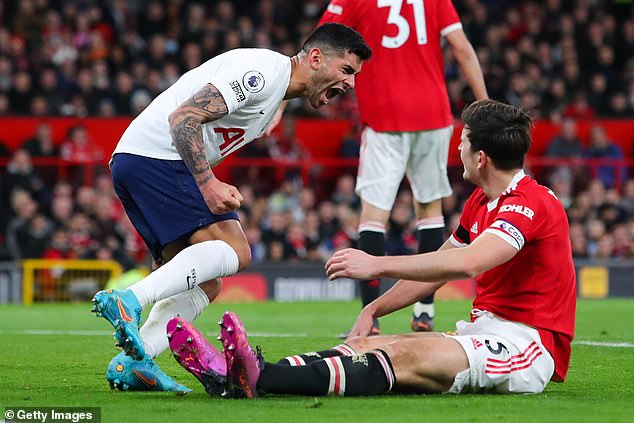 Cristian Romero’s taunting of Harry Maguire after his own goal was ‘bang out of order’, says Ray Parlour… and Arsenal legend says he ‘would taken him out’ Spurs defender

Manchester United were leading 2-1 with 20 minutes to go when Sergio Reguilon’s cross – intended for Romero – was bundled in by the Red Devils skipper to hand Spurs an equaliser.

Romero was spotted taunting the England international by laughing in his face.

However, Maguire would go on to have the last laugh as Cristiano Ronaldo then completed a hat-trick to give the Red Devils a 3-2 win in a crucial battle involving the top four race.

‘I think that’s bang out of order,’ Parlour told talkSPORT.

‘I don’t think I’d do that. I know it’s a big game for both sides but come on.

‘I don’t know the situation but you don’t need to do that. Just take the goal and run away and celebrate with your teammates.’ 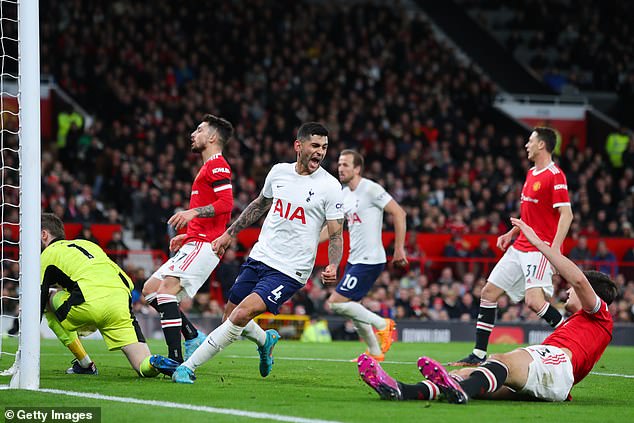 Pundits Roy Keane and Michael Dawson slammed Romero after match, and Parlour added: ‘I’m with Roy Keane. I’ll be waiting for him in the next game, do him – boff!

‘You can take him out though! Go for a tackle and get a yellow card for it.

‘I got brought up in an era where you do that – Martin Keown, Tony Adams – they know exactly who’s taking the mickey out of people and they do him.’ 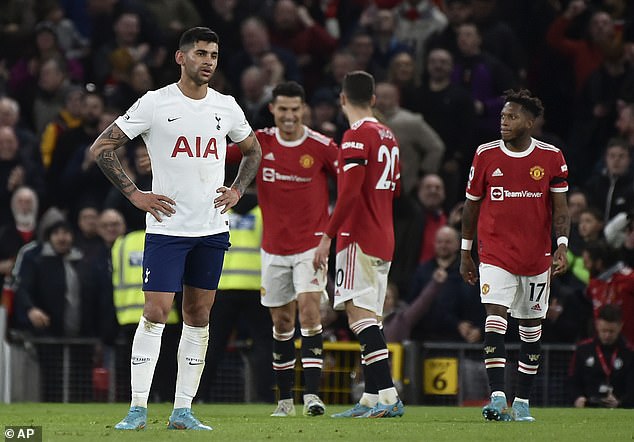 Roy Keane blasted the Spurs defender, but United had the last laugh in a 3-2 victory