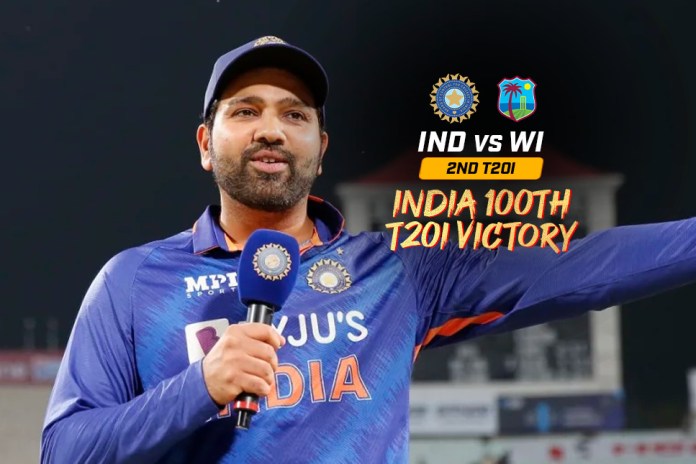 India achieved the feat after defeating West Indies by 8 runs in the second T20I of the three-match series here at the Eden Gardens, Kolkata. Apart from India, Pakistan is the only team to have won more than 100 T20Is. Pakistan has so far won 118 T20Is. Rohit Sharma is yet to lose a single game after becoming India’s full-time captain.

India has won all eight games so far under the captaincy of Rohit.

Virat Kohli and Rishabh Pant’s quality knocks were backed up by a spirited bowling performance at the death by Bhuvneshwar Kumar and Harshal Patel as India defeated West Indies by eight runs in the second T20I. In the penultimate over, Bhuvneshwar conceded just four runs and it swung the match in the hosts’ favour.

IND beat WI: Earlier, Kohli played a 52-run knock as India posted 186/5 against West Indies in the allotted twenty overs. Rishabh Pant (52*) and Venkatesh Iyer (33) also contributed with the bat as India posted a score of more than the 180-run mark. Pant and Iyer had formed a 76-run stand for the fifth wicket.

In the final six overs, India managed to add 76 more runs to their total, taking the score past the 180-run mark.

With this win, India has gained an unassailable 2-0 lead in the three-match series and the final T20I will now be played on Sunday at the Eden Gardens. 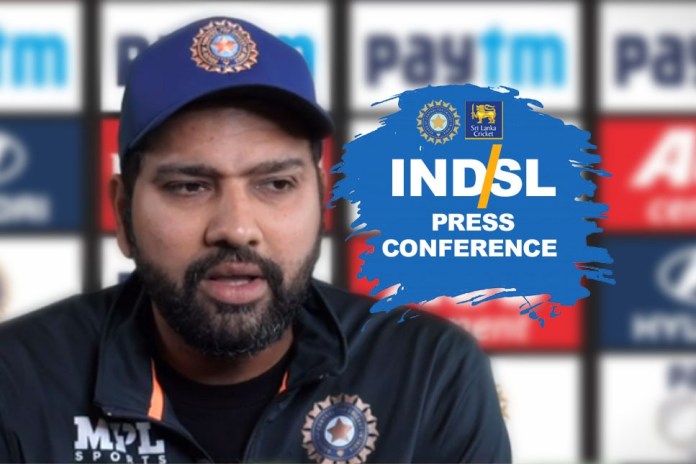