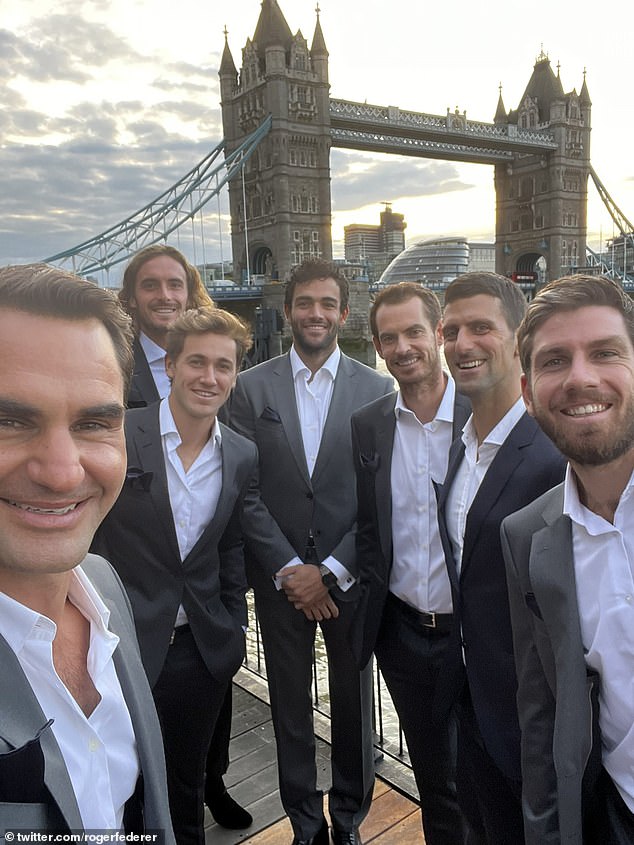 His voice cracking with emotion, Roger Federer contemplated 15 months of pain and a likely farewell playing alongside Rafael Nadal.

The Swiss master, 41, will strike his final shots, with that serene kind of anger, on Friday evening at the Laver Cup in London. It could well be in the company of his oldest rival.

Federer confirmed he will play just one doubles match in the Team Europe versus Team World match, his right knee unable to survive anything more vigorous.

It may seem curmudgeonly, but it should be pointed out that this will be another case of tennis bending its own rules to accommodate its superstars. These stipulate each player in the six-man squad must play singles in the first two days of the event.

The star attraction can no longer do that and, for all this event’s pretensions of being a serious tournament, he has had clearance from all concerned to avoid it. It may stop some sort of genteel riot among those who will flock to London’s O2 Arena, for they all want a last sight of the player who can claim to be the most popular in history.

‘This is an ATP event and I don’t want to mess with that, but at the same time, I know my limitations,’ said Federer. ‘This is why I asked Bjorn (Borg, the Europe captain) if it was OK if I play just one doubles. Then I guess Matteo (Berrettini) would come in and play on Saturday for me. Bjorn said that’s totally fine. 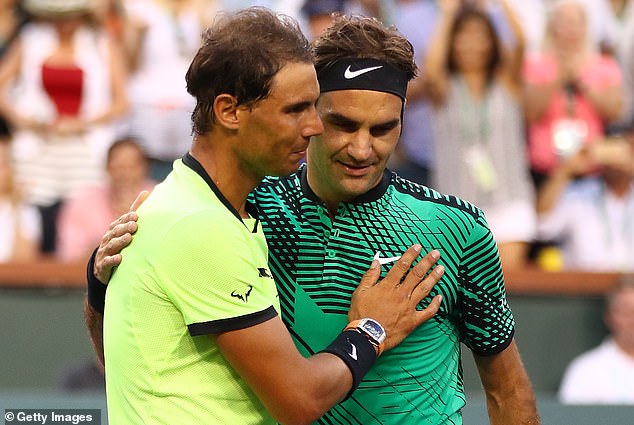 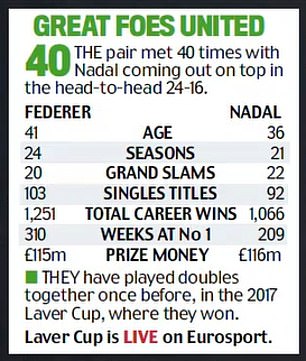 ‘I spoke to John (McEnroe, Team World captain), as well. They asked the tournament and the ATP if that was OK and everybody said that was fine. So here I am trying to prepare for one last doubles. I’m nervous because I haven’t played in so long. I hope I can be somewhat competitive.’

There is unlikely to be a repeat of the last set Federer played, the 6-0 reverse against Hubert Hurkacz at Wimbledon last year.

Nadal would be a fitting partner, given their extraordinary shared history. Contemplating this rarefied partnership, Federer said: ‘As long as we battled together, having always this respect for one another, the families, our coaching teams, we always got along really well. 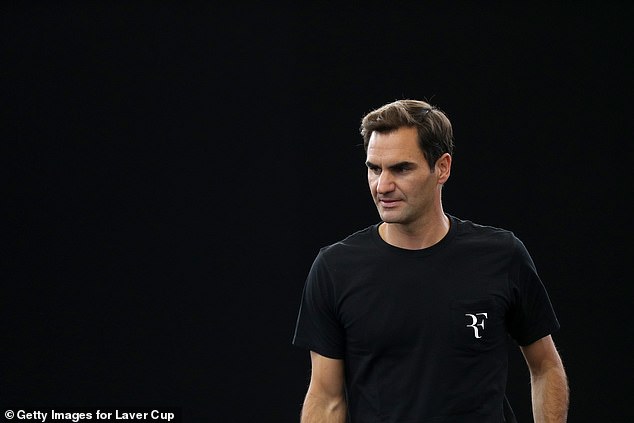 ‘For us to go through the career we had and to come out on the other side, being able to have a nice relationship, is a great message as well. To not just tennis but sports and maybe even beyond.’

Federer plans to play exhibition matches in future if his body is up to it. Regardless, he will not be disappearing from view as many of the elite have done.

‘I won’t be a ghost,’ said Federer, who appeared to have a slight lump in his throat. ‘I feel tennis has given me too much. I have been around the game for too long, fallen in love with too many things. That’s what I wanted to let the fans know, that you’ll see me again.’ 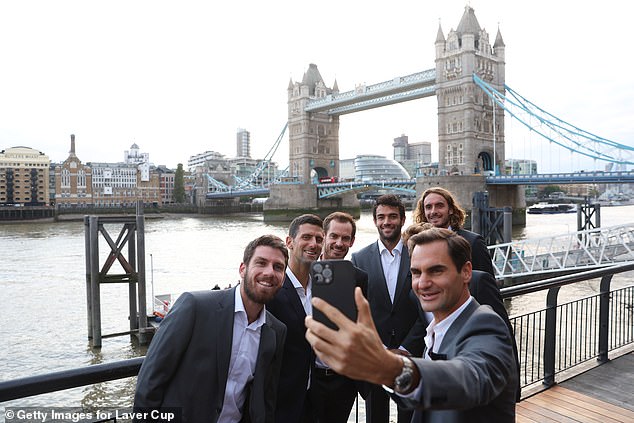 Federer has already reflected on what he considers the high spots of an astonishing career. Three came to mind: beating Pete Sampras at Wimbledon in 2001 (their only meeting), his lone triumph at Roland Garros in 2009 and winning the 2017 Australian Open immediately after coming back from injury.

Above all, however, it is the longevity of his success that has given him the most satisfaction.

‘That has a special meaning to me. I always looked to Michael Schumacher, Tiger Woods, the other guys that stayed for so long at the top. I didn’t understand how they did it. Next thing you know, you’re part of that group and it’s been a great feeling.’

Meanwhile, Emma Raducanu moved into the second round of the Korea Open in Seoul with a 6-2, 6-4 win over Japan’s Moyuka Uchijima. The 19-year-old said: ‘My goal is to keep trying to swing freer and freer in each match. My other goal is to try and stay in Korea for as long as possible.’ Raducanu faces former world No 12 Yanina Wickmayer from Belgium today.