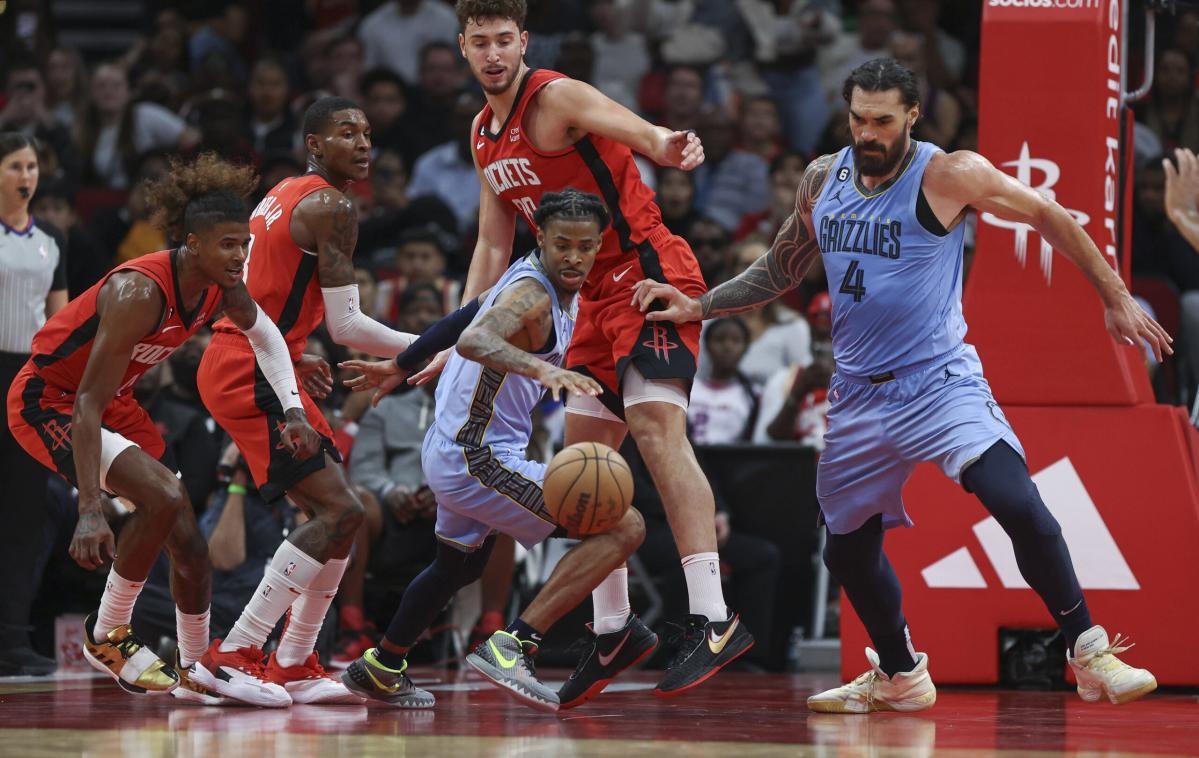 HOUSTON – In Friday’s home opener at Toyota Center, the Rockets found themselves trying to solve a problem that seemingly had no answer. Perennial All-Star guard Ja Morant continuously found holes in Houston’s defense while putting up an astonishing 49 points and 8 assists, leading visiting Memphis to a 129-122 victory.

That is the highest point total against the Rockets since Russell Westbrook had 49 for Oklahoma City in 2017. The 49 points is both the second-highest total of Morant’s career (he had 52 versus San Antonio in February 2022) and the second-most in Grizzlies franchise history. He also added 8 assists, 4 rebounds, and 2 blocked shots.

Whatever the Rockets threw at Morant, it seemed he had an answer. It was as if he was playing basketball in his backyard in his hometown of Sumter, South Carolina.

“Ja Morant is pretty good,” Rockets head coach Stephen Silas said postgame. “He started going under his pick and rolls, and he was 5-for-6 from 3-point range. So, we started moving up in our pick and roll defense and then he started to get downhill (in the paint). We picked up a little too soon, so he was getting downhill quickly.”

Once the former No. 2 overall pick in the 2019 NBA draft got going, it seemed like he was throwing rocks into the ocean.

During the game, Morant hit floaters, mid-range shots, 3-pointers, dunks, and lay-ups. His ability to get any shot off he wanted opened the floor for the rest of his teammates.

“When he gets going like that, the whole defense collapses on him and it makes it easy for all of us to get open looks,” said teammate Desmond Bane, who chipped in 14 points for Memphis.

Houston took an eight-point lead into halftime, as Memphis struggled to find its rhythm. Morant came out on a mission in the third quarter, however. He scored 19 points in the frame on 8-of-9 shooting, and that changed the game’s complexity for the Grizzlies. Although Houston still held a five-point advantage to start the fourth quarter, everyone in the building could tell that Morant was in his zone.

“You can’t do nothing,” Rockets guard Jalen Green said. “Ja is already a problem, as it is. When he’s hitting that jumper, all you can do is pray that he misses. That is what took the game to a whole other level for Memphis. He started to hit those 3s, and we were going under. He did his part in knocking them down.”

In his first two games of the 2022-23 regular season, Morant is shooting 66.7 percent (8-of-12) from beyond the 3-point arc for the Grizzlies (2-0), which he credits to his rigorous offseason workouts.

“Hard work,” Morant told reporters when asked about his 3-point shooting this season. “Locking myself in the gym. Going onto the gym and getting as many shots as I can. A lot of game rep shots, trying to be more consistent in that area. I feel like that is the key to my shooting. I have to keep it going and continue to work on my shot.”

Podcast: Will Jalen Green be a winning player? Matt Moore dives in