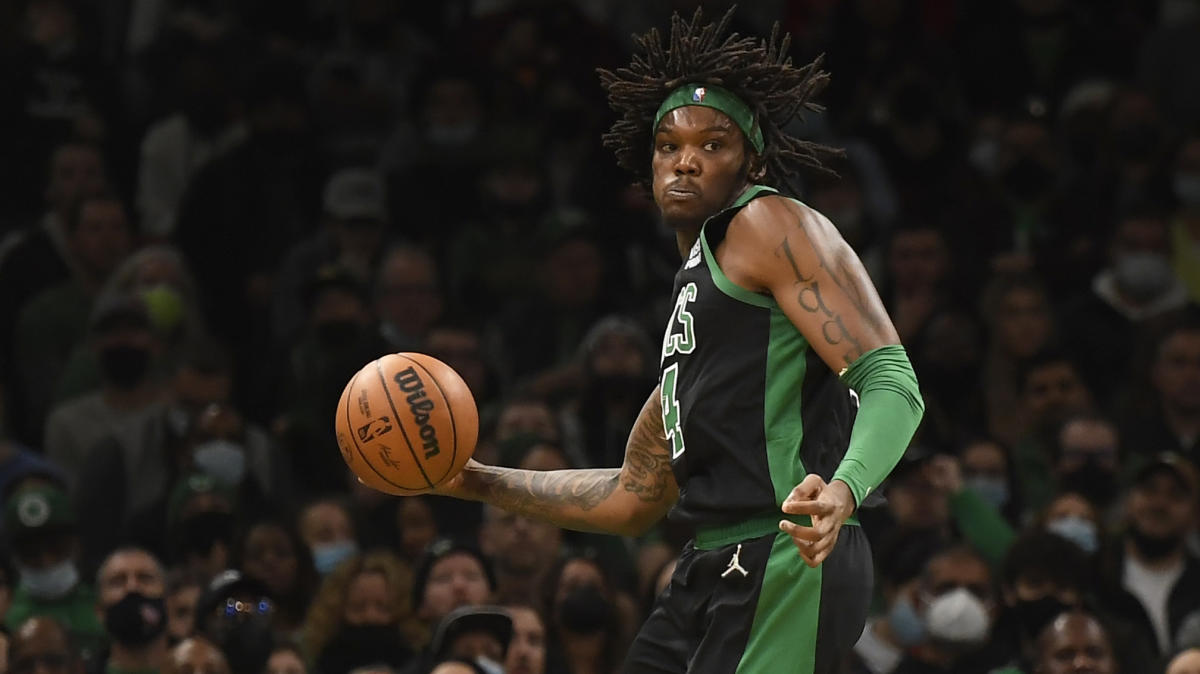 The offseason is winding down and these news recap columns will soon become a thing of the past. But for now, here are some of the headlines you might have missed over the last week.

Robert Williams will have arthroscopic left knee surgery and is expected to miss the first few weeks of the season. This is a good news/bad news situation. Hopefully, the surgery will take care of his knee issues once and for all and he’ll have a long and productive season. But for those of us who have already drafted fantasy teams, the fact he’ll miss some time to start the season is a buzzkill. He’ll miss 4-6 weeks and if he’s only out for four weeks, he could be ready for the opener on Oct. 18, which might be an unrealistic expectation. Six weeks would put him back sometime around Nov. 5, meaning he’d miss the team’s first eight games. I’m guessing he’ll miss the first 10 games of the season and then be ready to go. Either way, it now looks like the maximum number of games the Timelord will play would be 72. And that’s an optimistic outlook. If you were thinking about drafting him as a top center in the first three rounds of your fantasy draft it would make sense to bump him down a round or two with this news. It also means good things for the playing time of Al Horford and Grant Williams, while the Celtics might also be looking at free agents like LaMarcus Aldridge or Dwight Howard to help fill the gap until Williams is back.

Zion Williamson’s strength and conditioning coach says that his offseason regimen “focused on addressing body composition – his body weight, body fat, etc. while staying healthy through the rigors of a full season and playoff run.” The plan included two-a-day workouts and a nutrition plan and according to trainer Jasper Bibbs, Williamson was “phenomenal” with his nutrition. No word on how much weight Zion has lost or what his body actually looks like right now, but this is certainly an encouraging report after a lost season. Maybe this is the year we finally get a full dose of Zion.

James Harden says he hasn’t been healthy in two years

James Harden said recently that his hamstring was never 100 percent last season while playing for the Sixers. “I was getting there, man. Honestly, it’s been a long two years from me. I’m finally starting to feel OK again,” he said. Daryl Morey added that Harden has “worked hard to get it to a great place.” We’ll have to see how he looks in training camp before getting too excited, but this is at least a good sign that he might be able to stay healthy this season, especially if he comes in at 100 percent.

Josh Giddey is over his right hip injury and says that he’s physically ready to go for the upcoming season. Giddey has reportedly spent a lot of time in the weight room and should be healthy and ready to pick up where he left off last season. Giddey has a ton of upside and will be a popular fantasy pick any time after Round 3, but the chance of the Thunder shutting everyone down again in a tankfest is a very real possibility. That means guys like Giddey and Shai Gilgeous-Alexander are risk- reward fantasy players and it all hinges on what the Thunder decide to do and when they decide to do it. Trading OKC players sometime after the new year makes sense in fantasy leagues.

Collin Sexton missed most of last season after tearing his left meniscus but says he’s 100 percent healthy and ready to play for his new team, the Jazz. Sexton has some fantasy hype building based on the move to Utah and the amount of time he should have the ball in his hands. Prospective fantasy managers will just have to hope that he doesn’t become a tanking casualty if the Jazz start shutting guys down. But the fact the knee injury is no longer a concern should help keep him on the floor, either way.

Bob Myers said on Tim Kawakami’s podcast recently that he’s ‘really encouraged’ about the progress James Wiseman has been making. “This is the first time organizationally we’ve been able to see him building consistently without an injury,” he said. “He keeps getting better, which is really encouraging, on the little things like spatial awareness, rim protection, on the finishing, shot selection, on reading pick-and-rolls.” Myers is also excited about Wiseman and Jordan Poole working together in the second unit. Wiseman is slated to come off the bench and will be a popular fantasy target in the later rounds, especially in two-center leagues. The upside is there so it will all come down to his playing time and health.

See also  After NBA draft, free agency, is the frontcourt too crowded?

Will Barton could start at small forward for Wiz

Wes Unseld says the starting small forward job is “wide open” in Washington. Barton will battle with Deni Avdija and Corey Kispert for the job and while Barton is still the favorite to win it, Avdija could make it interesting with a strong training camp.

The Suns are working on an extension with Cam Johnson in hopes of avoiding a restricted free agency situation like they had with Deandre Ayton over the summer. Johnson is expected to take a step forward this season and will be worth a look late in fantasy drafts. There are also rumors about the Suns shopping Jae Crowder, potentially in a deal for Bojan Bogdanović, for what it’s worth.

The Lakers are reportedly interested in Jazz veterans Bojan Bogdanović, Jordan Clarkson and Malik Beasley. The Lakers need 3-point shooting and all of these guys would help in that department, although it doesn’t sound like the Jazz are too desperate to move them just yet. They do have 17 guaranteed contracts on the books and are in the process of rebuilding so there is a decent chance they’ll have to make a deal or two before the season starts.

Free agent Dennis Schröder is signing a one-year, $2.6 million deal with the Lakers. Schroder had an impressive EuroBasket for France and may have a chance to start for the Lakers. Especially since there seems to be growing support for the Lakers to bring Russell Westbrook off the bench and the team considers Patrick Beverley more of a three-and-D guy than a point guard. It’s a little crowded in the Lakers’ backcourt, which will hurt all three players in terms of fantasy, but Schroder might be an interesting late flier if he ends up winning the job.

Immanuel Quickley getting expanded role, Thibodeau could be on hot seat

Ian Begley thinks Immanuel Quickley will get an expanded role this season. He played 27.5 minutes per game after the All-Star break last year and has a ton of upside. He’s also another year older and may see more love from Tom Thibodeau now that’s he’s 23. The only problem with this whole plan is that the Knicks signed Jalen Brunson and he should get all the point guard minutes he can handle in New York. They also have Evan Fournier, Quentin Grimes and Derrick Rose, so it’s not a lock that Quickley will suddenly explode this season. But it does sound like he’ll have a longer leash than he did last year.

In more Knicks news, Stefan Bondy thinks Thibodeau will be on a short leash this season and could lose his job if the Knicks get off to a slow start or fall out of the playoff hunt. “If the Knicks are struggling like they did last season, I think Tom Thibodeau’s in trouble. It’s always the coach that’s first to go,” Bondy said. This isn’t exactly breaking news and this could probably be used as a blanket statement regarding 25 other NBA coaches, but the Knicks added Jalen Brunson and expectations are going to be a bit higher than they were last season.

Suns’ owner Robert Sarver was suspended for a year and fined $10 million due to his conduct in the workplace and Anthony Edwards was fined $40,000 for using offensive and derogatory language on social media. People are not happy about the leniency shown to Sarver and Edwards may have lost some fans for his remarks.