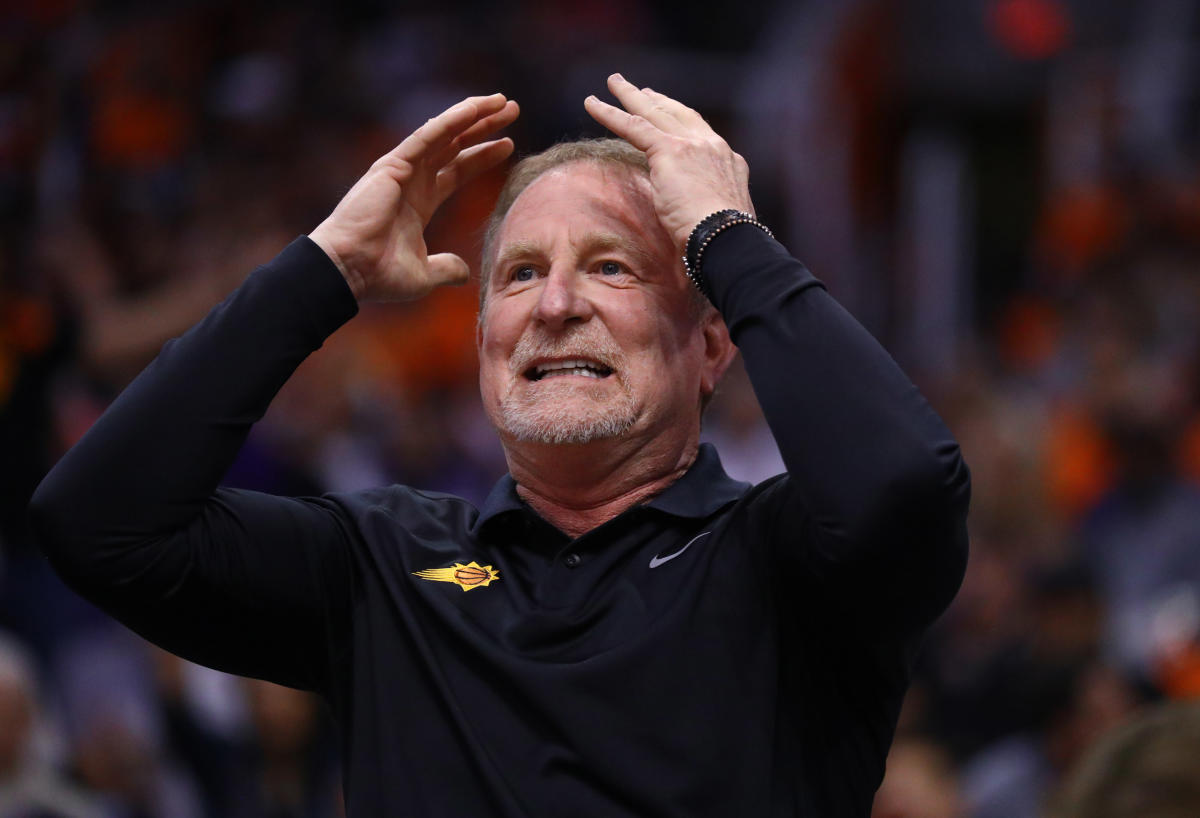 Phoenix Suns and Mercury owner Robert Sarver’s admissions of guilt to ESPN in November 2021 justified a lifetime ban from the NBA on their own merit. That he received a one-year suspension following Tuesday’s confirmation of numerous additional allegations of racism, misogyny and other oppressive behavior is beyond a travesty.

No NBA employee outside of ownership could survive the sheer volume of misdeeds uncovered by a 10-month investigation into Sarver’s conduct by the independent law firm of Wachtell, Lipton, Rosen and Katz. We should draw no other conclusion than the NBA’s willingness to excuse abuses of power based on one’s financial standing in the league — a far more dangerous precedent than Sarver’s ouster might have been.

Article 13D of the NBA constitution specifies that team owners may be terminated by a vote of three-fourths of their peers if they “fail or refuse to fulfill [their] contractual obligations to the Association, its Members, Players, or any other third party in such a way as to affect the Association or its Members adversely.”

Nowhere in the NBA’s three-page statement or the accompanying 43-page investigative report announcing Sarver’s one-year suspension and $10 million fine on Tuesday was there mention of such a vote, despite droves of corroborative evidence detailing the Suns owner’s adverse effect on the league and its members.

Sarver admitted through lawyers to ESPN in November that he used the N-word in conversation quoting a player, shared a photo of his bikini-clad wife with executives, asked a player if he shaves his genitals and pantsed an employee before more than 60 coworkers at a charity event. In a series of often contradictory statements, his lawyers denied many more allegations that the NBA’s investigation has since confirmed.

Video published by Sports Illustrated in November of a sexually explicit “roast” Sarver delivered at a memorial for late Suns minority owner Dick Heckmann merely illustrated the environment he created in the organization. Allegations corroborated by 320 interviews and 80,000 documents over the past 10 months reveal a far greater toxicity and hostility that will permeate the Suns for as long as Sarver owns the team.

According to the investigation, “Sarver said the N-word in repeating or purporting to repeat a Black person on at least five occasions during his tenure” — in a 2004 free-agent recruitment pitch, during a team-building exercise in 2012 or 2013, after a 2016 loss to the Golden State Warriors and at least twice more in recounting an incident involving a player’s family member — despite being warned on multiple occasions, including the first such instance, that “he could never say the N-word, even when quoting someone else.”

Once, and you might be able to follow the independent law firm’s conclusion that “the investigation makes no finding that Sarver’s conduct was motivated by racial or gender-based animus.” Five times, after being asked not to repeat the word? That’s deliberate racism, and we should not be afraid to call it what it is.

Same goes for Sarver repeatedly telling a Black coach, “I hate diversity.” He mischaracterized the incident to investigators, implying that he meant “diversity of thought,” but “it was reasonably understood by meeting participants that the coach was advocating for racial diversity in the organization, and that Sarver responded to that advocacy in a deliberately contrarian way,” according to the firm’s investigative report.

As for gender-based animus, there is even less room for interpretation.

According to the investigation, Sarver threatened a pregnant employee’s role in the organization because her “baby needs their mom, not their father,” and then convened a meeting with a lawyer who informed the employee that the owner “had done nothing wrong.” Six contemporaneous emails confirmed Sarver’s screaming brought a female employee to tears, to which he responded, “Why do all the women around here cry so much?” Following that incident, he called an all-woman meeting, urging employees of his bank to inform members of the Suns organization “how to handle Sarver’s demands” and not “cry so much.”

“The investigation substantiated six other reports of Sarver making comments that witnesses reasonably perceived as demeaning toward female employees,” the firm’s report stated. Yet, no gender-based animus?

Perhaps investigators concluded the environment was equally hostile for all employees.

Dozens of interviewees recalled instances in which he made sexually explicit comments during meetings. “On at least 20 other occasions in workplace settings throughout his tenure, Sarver made crude references to sex or sexual anatomy, or joking sexual analogies.” He sent pornographic material to male employees, and he unnecessarily “exposed his genitals to a male employee who was on his knees,” the report said.

Per the report, Sarver also “made repeated lewd comments about the sexual activities of at least one NBA player’s significant other,” “made joking references to procuring women for NBA players to have sex with,” “made comments about female employees’ sexual orientation and same-sex relationships that witnesses reasonably perceived as offensive” and “made crude comments about the size of Suns players’ genitalia.”

“In another instance, when the Suns were recruiting a free agent in 2015, Sarver made a joke that the team should have players impregnate local Phoenix strippers so they would feel connected to the area, giving the Suns a potential edge in free agency recruitment,” the report determined.

This is serial sexual harassment. Call it what it is.

The NBA banned former Los Angeles Clippers owner Donald Sterling for racist remarks he made in privately recorded conversations that were made public. There is no known tape of Sarver’s repetition of the N-word, and the league could argue that Sterling’s comments were more overt, but what level of racism is the NBA prepared to tolerate from someone confirmed to also repeatedly sexually harass his employees?

See also  Celtics' Smart out with thigh bruise for Game 2 vs. Bucks

You cannot make the argument that the culture Sarver has created in the Suns organization will not adversely affect the team’s current employees. Dozens did not come forward publicly before ESPN’s Baxter Holmes exposed the team’s toxic conditions, and many feared repercussions if they did. There is no telling how they would respond should Sarver’s behavior persist upon his return, especially now that they know he faces only a fine amounting to 0.5% of his team’s valuation in lieu of losing his ownership stake.

The sum of the 10-month investigation was confirmation that you can survive, in the report’s own words, “workplace misconduct … that involved using racially insensitive language, including the N-word; engaging in inequitable conduct toward female employees; making sex-related comments; and treating employees in aggressive and demeaning ways,” so long as you have enough money to become one of 30 NBA owners.

Is Robert Sarver really someone the league wants representing them? We should all be asking why three-quarters of NBA team owners are not on record in opposition to his abuse of power, if not for fear of losing theirs.