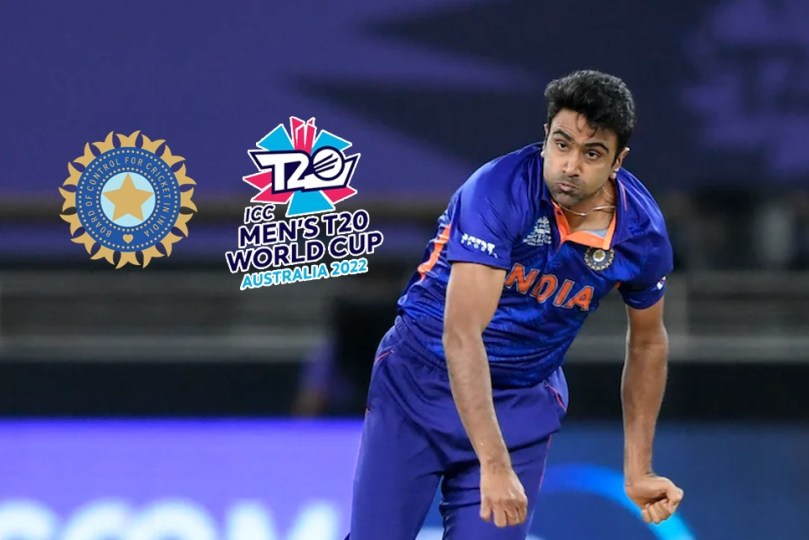 India T20 WC Squad: Ravichandran Ashwin T20 WC: In a make-or-break day for Ravichandran Ashwin, the veteran spinner reigned supreme as the Board of Control for Cricket in India (BCCI) selected him in the India’s T20 World Cup 2022 squad. Ashwin’s primary competition, Ravi Bishnoi, was included as the standby player for Men in Blue in the ICC T20 WC which is set to be held in Australia in October. Follow T20 World Cup 2022 Live Updates of on InsideSport.IN

After the T20 World Cup 2021 in the UAE, Ravichandran Ashwin, one of India’s best spinners of all time, played only two matches against New Zealand. But for some unknown reason, he was not selected for over 8 months in T20Is. It led many to believe he was no longer important to India in T20 format. He was however selected for the T20I series against the West Indies after an absence of eight months just ahead of T20 World Cup.

After series against West Indies, veteran spinner also played two matches in Asia Cup 2022 as the defending champions. But his engagements were limited to just 2 matches as the overwhelming favourites suffered a shock exit in the Super 4 stage.

If selected for the T20 World Cup in Australia, Ashwin will undoubtedly bring his unparallel experience and quality to the team. He is no more an off-spinner in T20 cricket, he is a mystery bowler. The ace spinner has got all the variations up his sleeves.

End of Road for Ravichandran Ashwin? The non-selection in the T20 World Cup squad can however end Ravichandran Ashwin’s T20I career for good. As BCCI have other options to replace the veteran Indian bowler and the prominent name which has grab the eyeballs of selectors and fans alike is Ravi Bishnoi.

Bishnoi, a 22-year-old legspinner from Rajasthan who has drawn attention in the IPL with his googly and variations, has not disappointed in any of the 10 T20 Internationals he has played so far since making his debut against the West Indies in Kolkata earlier this year, taking 16 wickets at a 7.08 average.