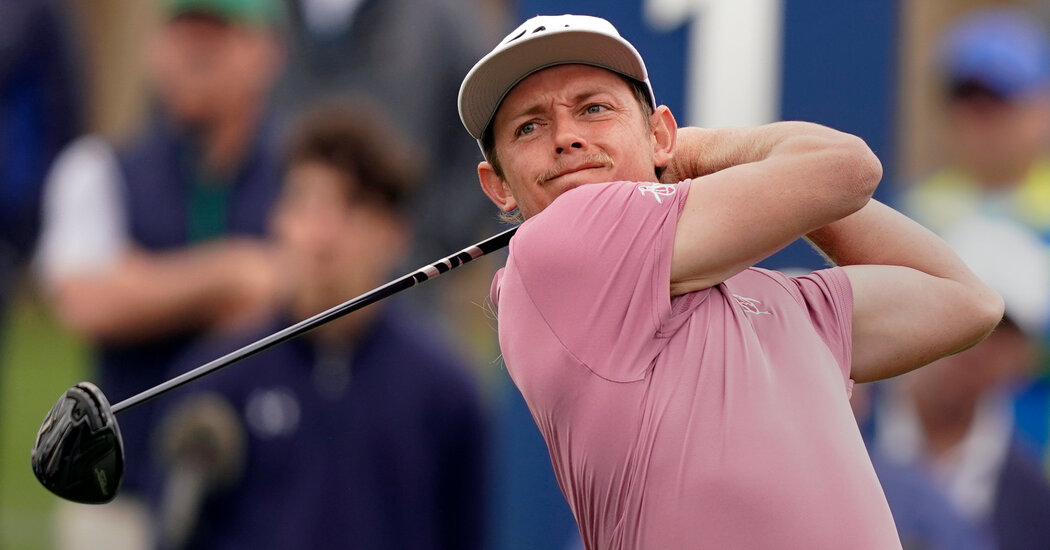 PONTE VEDRA BEACH, Fla. — There was an early omen that this year’s Players Championship, a signature event of the PGA Tour, would radically defy golf tournament convention. It arrived before the sun rose for Thursday’s first round in the form of an ominous-sounding weather delay, delivered as the golfers slept.

In the end, most of them probably felt like they never woke up, as the ensuing five days of golf unfolded like a vengeful nightmare.

“It was brutal out there,” Rory McIlroy, the four-time major winner, said of conditions that included 40 mile-an-hour winds, more than four inches of dousing rain, tornado warnings and temperatures that occasionally dipped to the mid-30s. As he spoke, McIlroy’s eyes almost appeared glassy. His face was wind burned, and his trousers were sullied by mud.

Not long after McIlroy retreated to the clubhouse, the agreeable tour veteran Kevin Kisner described his tournament journey in spiritual terms: “It was just hit and pray.”

As it turned out, the first weather delay Thursday was the literal calm before the storm and perhaps the last moment when the environment would be even remotely close to typical at the 2022 Players, an event that is meant to serve as a pre-spring celebration of warm-weather golf. Early Thursday it was not yet raining sideways on the T.P.C. Sawgrass golf course; it was just inevitable.

What followed was something rarely seen on the PGA Tour — golf that made the pros curse like sailors and fling clubs into ponds while the everyday golfer watched at home and snickered: “Welcome to our world, Mr. Fancy Pants.”

See also  Tony Finau doesn't mind sharing his goals, and he just crossed a big one (and likely another) off Sunday

The pros, who generally did not complain about the conditions, understood. Max Homa wrote on Twitter: “Today was basically the worst day ever to play a golf tourney at Sawgrass but seemed like the best day ever to watch one. I was very jealous of the spectators.”

Postponed to Monday, the event was won by a rising star on the tour, Cameron Smith, 28, of Australia. Smith pulled away from a handful of rivals with five birdies on the final nine to win by one stroke over Anirban Lahiri of India. It was the second PGA Tour victory this season for Smith, who has 10 finishes in the top 10 in the past year.

Others left the golf course shuddering, and not just because of their soggy clothing and freezing fingers. At times, the battered field — from Thursday to Monday there were more than 82 rounds with a score of 75 or higher — appeared to be in a half-numb daze.

Sam Burns, who was in contention for much of the event, could be heard asking his caddie after one shot: “What day is today?”

On Friday, after Matthew Wolff yanked an ugly shot way left and into the pond alongside the 18th fairway, he gently flipped his club, one-handed, into the pond. Apparently, he didn’t want anything to remind him of his nine-over-par 81.

On Saturday, when the wind was blowing the strongest, 29 tee shots aimed at the famed 17th hole par-3 island green splashed into the enveloping water hazard. On Thursday and Friday, only four tee shots had been deposited in the water.

Brooks Koepka, ranked 18th in the world men’s golf rankings, was forced to play the devilish 17th hole twice on Saturday because his first round was postponed. He made a double bogey the first time on the 17th tee and then had a triple bogey on his next try.

Then Koepka knocked his cap off his head to reveal hair dyed blond and walked away laughing.

“I don’t laugh too often in competition,” Koepka said later. “But you know, this was different.” Koepka shot 81 and tied his career high for a tour round.

Russell Henley had a different kind of daily double. He made a dispiriting double bogey on the 10th hole, then made a rare albatross — a 2 on a par 5 — on the 11th hole.

Ian Poulter was so determined to finish his round on Thursday, he ran onto the 17th green and sprinted over to the 18th tee so he could be sure to get off the T.P.C. Sawgrass layout before the sun set.

The wind and frigid temperatures over the weekend also had the golfers making some peculiar wardrobe choices.

Joel Dahmen wore sweatpants beneath his form-fitting golf pants. Most players went with the more traditional thermal underwear. Paul Casey kept a hand warmer in each pants pocket. Viktor Hovland shoved his hands inside what looked like a pair of oversized oven mitts after each shot — and Hovland is from Norway.

The wind was fierce and swirling in unpredictable patterns. Keegan Bradley, faced with a 95-yard shot downwind on Saturday, hit a short 9-iron. Later, in the same round, Keegan had 208 yards to the flagstick with the wind at his back. He hit 9-iron again. Bradley shot a fairly pedestrian score for a tour player, one-under-par 71, and yet, he proclaimed it “one of the best rounds of my life.”

Some of golf’s biggest stars, including Jordan Spieth, Collin Morikawa and Xander Schauffele did not make the cut. Schauffele arrived at T.P.C. Sawgrass for Sunday’s second round tied for ninth in the tournament and left tied for 90th.

But not everyone in the field will recall the 2022 Players Championship with consternation and a chill in their bones and down their spine.

Shane Lowry of Ireland made a hole in one at the 17th hole on Sunday and zealously celebrated for almost five minutes with fans behind the tee. For a while, it looked as if Lowry might joyously leap into the water surrounding the hole.

He thought better of it. Some parts might have been frozen.