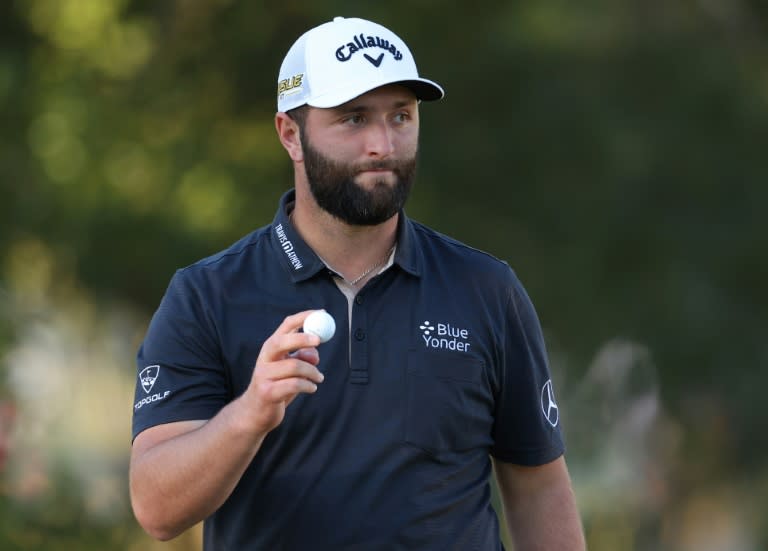 Jon Rahm fired a course record nine-under par 62 to seize a share of the lead with American Kurt Kitayama after Friday’s second round of the PGA Tour’s CJ Cup.

The 27-year-old Spaniard rolled in ten birdies, split evenly across the front and back nines but closed with his only bogey to stand on 11-under 131 after 36 holes at Congaree Golf Club in Ridgeland, South Carolina.

“Right from the get go my speed was good and felt confident and the rest of the game accompanied the putting,” Rahm said.

“I hadn’t putted on greens this fast in a while. Took me a little bit to get used to it,” Rahm said. “It’s one thing to do it on the putting green. It’s another to do it on the course.”

Rahm, last year’s US Open champion, won the most recent of his seven career PGA titles in May at the Mexico Open. He’s coming off a DP World Tour victory two weeks ago at the Spanish Open, where he fired a final-round 62.

On Friday, he matched it by sinking 125 feet of putts, making 22 putts in all.

“I’m glad to have such a good putting day,” Rahm said. “I’m hoping to keep the pace as good as it has been the last few holes on the course and hopefully tidy up a few ball-striking mistakes.”

Kitayama, chasing his first PGA title, fired a 65 that included birdies at 16 and 18 and holing out from a bunker for eagle at the par-5 12th.

“Overall I felt pretty solid on the greens,” he said. “This week I feel like I see the line better and can hit a more confident stroke.”

Second-ranked defending champion Rory McIlroy, who could overtake Masters champion Scottie Scheffler for world number one with a victory, fired a 67 to stand fifth on 133.

“Didn’t feel like I was much off,” McIlroy said. “On the back nine I just started to hit a lot more quality golf shots.”

The four-time major winner joked he was trying to stay close to Rahm.

“Hell of a round out there even with bogey at the last,” McIlroy said of Rahm. “It’s tricky and the greens are super quick. If you’re just a little off, they can punish you. Really impressive round of golf.”

Rahm reeled off four birdies in a row from the third through sixth holes, all on putts from inside 10 feet, and holed out for birdie from a bunker from 62 feet at the eighth.

After missing a birdie putt from inside three feet at the ninth, Rahm sank a 35-foot birdie putt at the par-3 10th and followed by rolling in birdie putts from just inside 25 feet at 13, 12 feet at 15th and 25 feet at 16.

“It’s always a bonus to make a couple of long ones like I did on 10 and 16,” he said. “Those are holes where you are just hoping to cosy it down there and made a couple good ones.”

At 18, his approach rolled off the green and set up his only bogey to leave him level with Kitayama.

“There was a lot of good out there today,” Rahm said.