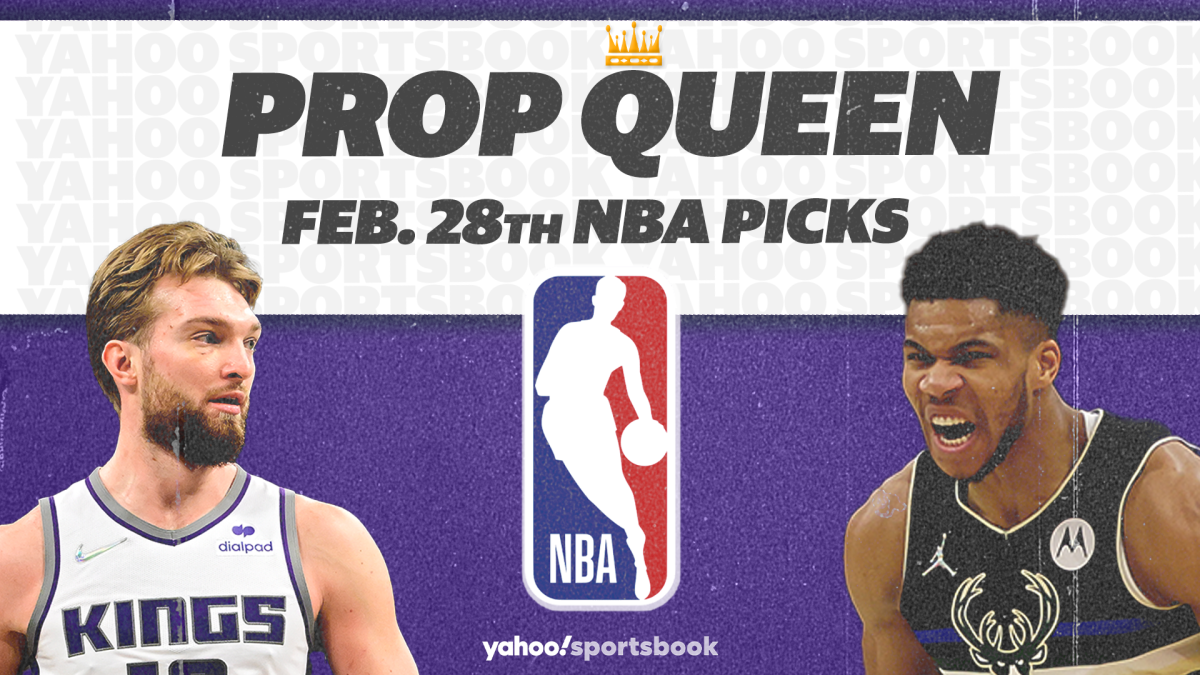 The Prop Queen, Ariel Epstein, gives her best plays for the NBA slate on Monday, Feb 28.

I’m starting with one of my favorite players in the NBA, and that’s the Sacramento Kings power forward, Domantas Sabonis. I’m betting his over 39.5 points plus rebounds plus assists. He’s up against Oklahoma City tonight. Oklahoma City is the worst rebounding defense in the NBA. They have been for majority of the season.

Domantas Sabonis eats on the boards. He eats in the paint. And also, looking back at the last six games that Sabonis has played as a Sacramento King since the trade deadline, he’s gone over this in three of the different games where the Kings have gone up against the defense. That’s bottom 10 in either points allowed in the paint or rebounds allowed. Go take the over 39.5 points, plus rebounds, plus assists on Domantas Sabonis.

For my second play, speaking of bad rebounding defenses, I’m going with the team that allows the second most rebounds for their opponents, the Charlotte Hornets. I’m betting the over on the power forward of the Milwaukee Bucks, Giannis Antetokounmpo, 11.5 rebounds. It’s pretty crazy to think that Giannis has gone over this number in 11 of his last 12 games against the Hornets.

Looking at what the Hornets have done this year, struggling on the boards, allowing just under 48 rebounds per game, I’ve got to go with a player that’s hit this in every game he’s played the Hornets three different times this year, and 11 of his last 12, over 11.5 rebounds on Giannis Antetokounmpo tonight.

That’s it for me, your prop queen, Ariel Epstein, here in Yahoo! Sportsbook on a Monday. Good luck tonight.

Bet $10 and win $200 in free bets by signing up at BetMGM.com/YahooVIP. New customers only. Must be 21 or older. Terms apply.

– I got a Mike par leg on tonight.

– I bet on every team with a player named Mike.

– Bet however you want. Yahoo! Sportsbook is your ticket to BetMGM.