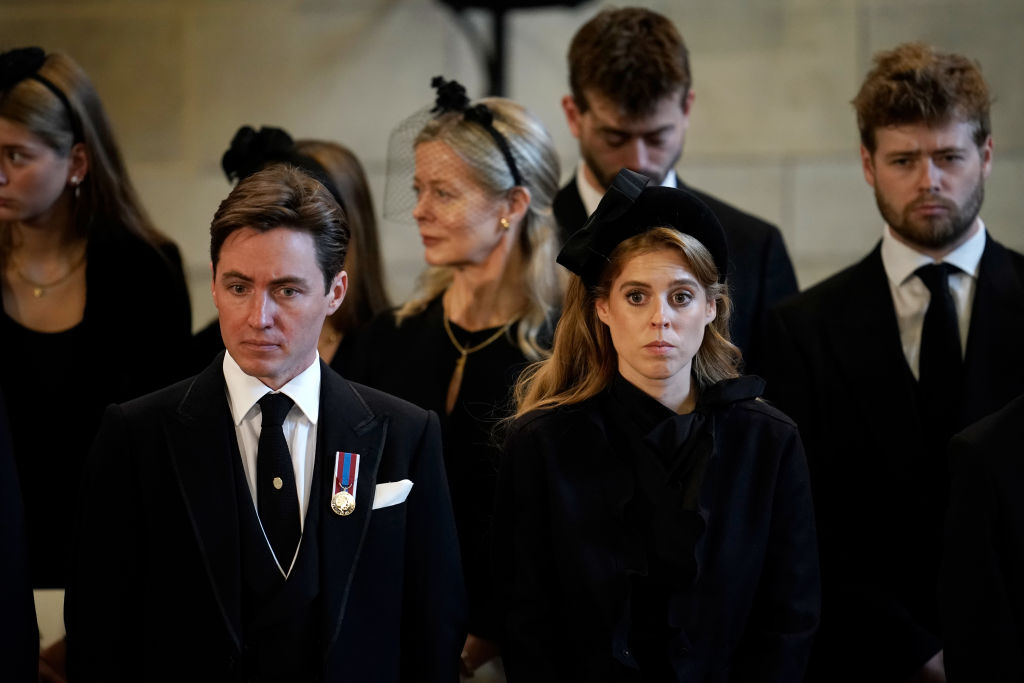 The princess followed the royal traditions in a somber outfit, wearing a ruffled-trim coat featuring a bow detailing, with a black skirt, black tights and matching pumps. She accessorized the look with a chunky velvet headband that also featured black bow detailing.

The tradition of black mourning clothing started during the Roman Empire. Back then, the deceased’s family would wear a dark-colored toga as a sign of grief. This tradition persisted throughout medieval times when widows would wear black caps and veils to mourn the loss of their loved ones in England. By the late 19th century, black clothing had become associated with mourning after Queen Victoria spent 40 years wearing only black to mourn the loss of her husband, Prince Albert.

Although there are no official rules for royal women regarding wearing tights in public, it’s expected that royal women will wear black or nude tights during the mourning period as a sign of respect to Queen Elizabeth II.

Buckingham Palace said that the Queen’s state funeral will take place on Sept. 19 at 11 a.m. The Queen will lie in state in Westminster Hall for four days to allow the public to pay their respects.