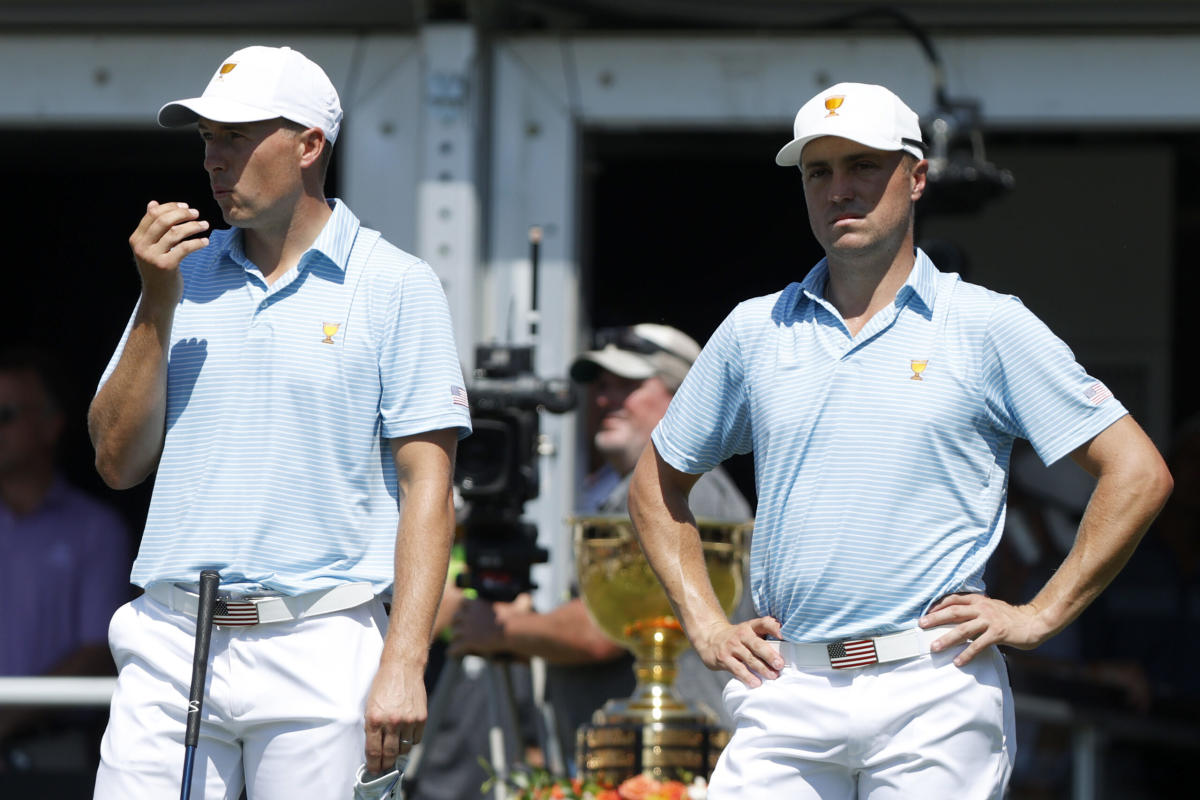 CHARLOTTE, N.C. — The first match of the 2022 Presidents Cup featured what was on pace to be a historic beatdown and set the table for what would follow Thursday at Quail Hollow Club.

Patrick Cantlay and Xander Schauffele danced all over International vets Adam Scott and Hideki Matsuyama to the tune of a 6-and-5 victory to put the first point on the board (the largest American margin of victory is 7 and 5). From there the United States went on to win its next two matches, both 2 and 1, before Si Woo Kim and Cam Davis bested Scottie Scheffler and Sam Burns, 2 up, for the lone International point of the day. Tony Finau and Max Homa also went to the 18th hole to squeak out a 1-up win over Taylor Pendrith and Mito Pereira to seal the 4-1 Day 1 win.

While the score paints a picture of a strong day for the Americans, it wasn’t worry-free as a few hiccups down the stretch on the back nine kept the Internationals in the mix.

So where do we go from here? Friday afternoon features five more matches, this time in the four-ball format, where each player plays his own ball and the lowest score on the hole wins.

Here’s how the pairings shake out for Day 2 at the Presidents Cup, with the live TV coverage starting 90 minutes earlier than it did Thursday.

Tony Finau and Collin Morikawa will sit for the Americans while Si Woo Kim and K.H. Lee will ride the pine pony for the Internationals.

How to watch, stream, listen

Presidents Cup: Americans hold on for early lead after Internationals fight back in Thursday foursomes