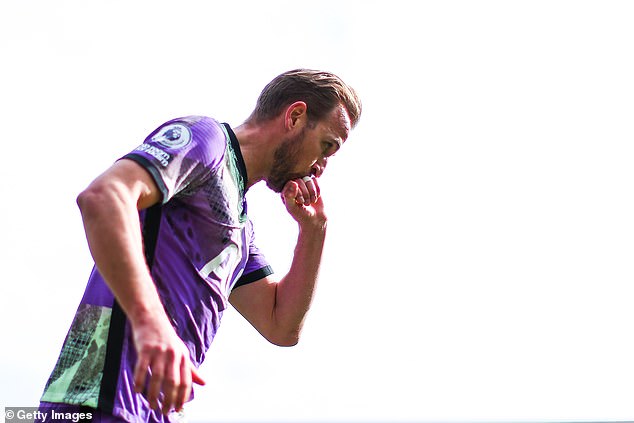 It was another captivating week of Premier League with huge results at both ends of the table.

Manchester City nearly threw away their position in the driver’s seat for the title until Phil Foden came to the rescue with his 81st minute winner against Everton.

It was another great weekend for Newcastle who moved up to 14th with a 2-0 victory against Brentford – while the six teams below them in the standings all dropped costly points in the scrap to avoid the drop.

Manchester United meanwhile lost points to both Tottenham and West Ham in the battle for the Champions League positions after they were held to a goalless draw by Watford.

Four teams were not in action this weekend, due to Liverpool’s Carabao Cup final victory over Chelsea on Sunday.

So with that in mind, meet your latest Top 10 of our Power Rankings.

It’s safe to say that Joe Willock has not met the lofty heights of last season at Newcastle.

The midfielder became the youngest player in Premier League history to score in seven successive Premier League games during his loan spell at the Magpies from Arsenal last season.

However, it took until Newcastle’s 1-1 draw with West Ham on February 19 for Willock to score his first goal for the club since his permanent move to St James’ Park last summer.

The 22-year-old though has made it two goals in two now after smashing the second Newcastle goal past David Raya in their 2-0 victory over Brentford.

He had a long wait to get off the mark this season but two goals in as many games will give him confidence going into the latter stages of the season that he can go on a similar run to last campaign.

Eddie Howe’s side are climbing the table, now in 14th, and Willock is forming a good midfield three alongside Jonjo Shelvey and Joelinton who was also able to get on the scoresheet and just narrowly misses out. 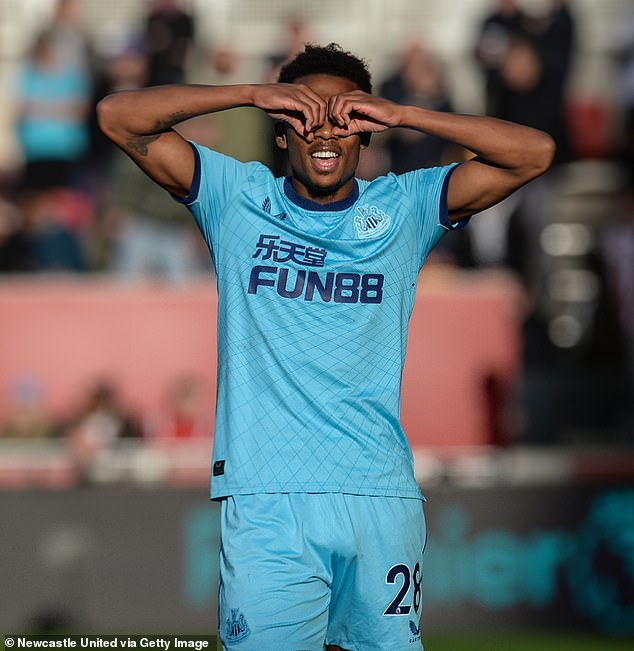 It has been a seesaw week for Tottenham which started off with their brilliant 3-2 victory over Manchester City – in which Son Heung-min contributed two assists.

It was doom and gloom subsequently after their 1-0 loss to Burnley, but the positive vibes have returned after they smashed Leeds 4-0 at Elland Road on Saturday.

The South Korean international was lively throughout the contest as he dragged Luke Ayling all over the pitch with some intelligent runs and creating space for his team-mates.

He also showed great strength holding up the ball at times and finished off Harry Kane’s sensational pass late on.

It is the first time the 29-year-old has made the top ten since the start of December which is deserved on the back of his performances against Man City and Leeds.

This season, Son hasn’t particularly stood out, but still only the Liverpool trio of Mo Salah, Diogo Jota and Sadio Mane have scored more goals than him in the Premier League. 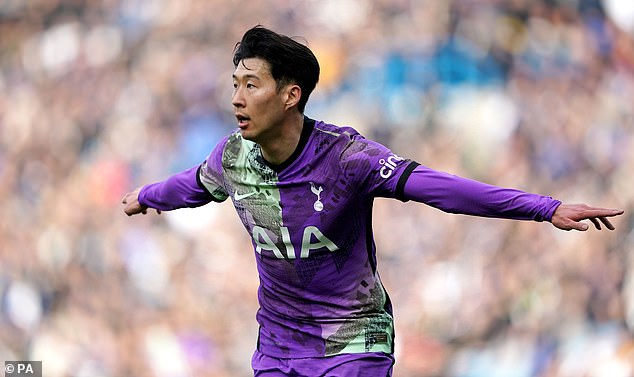 The Newcastle fan, now Magpies centre back, moves up one spot in the power rankings after keeping a clean sheet against Brentford on Saturday.

Since his arrival in January, he has been the heart of some solid rearguard efforts as Newcastle have climbed out of the relegation zone up into 14th position.

Admittedly, Burn’s afternoon was made a lot easier when Brentford went down to ten men after Josh Dasilva’s red card after just 11 minutes.

But the impact he has made on what was a leaky Newcastle defence has been remarkable.

The Magpies have now not conceded more than one goal in a match since their 4-0 thrashing against Manchester City just after Christmas, after shipping goals for fun in the first part of the season.

His positive impact also seems to have made an impact on Fabian Schar who also produced a great showing at the weekend. 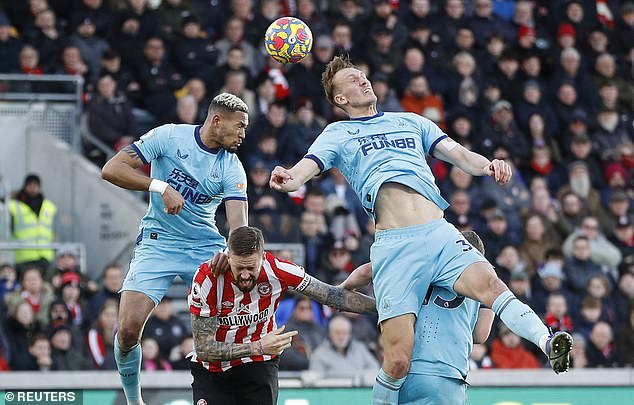 Last week saw Luis Diaz make the top ten for the first time since his January arrival and this week we see another Premier League debutant make the list.

Tottenham might have failed in their pursuit of Diaz, or Adama Traore who went to Barcelona, but Dejan Kulusevski has made a very bright start to life at the club.

The 21-year-old bagged his first goal and assist for the club in their 3-2 victory over Manchester City.

He was involved with everything positive from Tottenham in the opening half and thoroughly deserved his goal which he smashed into the bottom left hand corner past Illan Meslier.

What the Swedish international seems to offer is another potential goal threat for Antonio Conte’s side after Kane and Son.

This will be handy in their fight for the Champions League places and take some of the pressure off their main two stars. 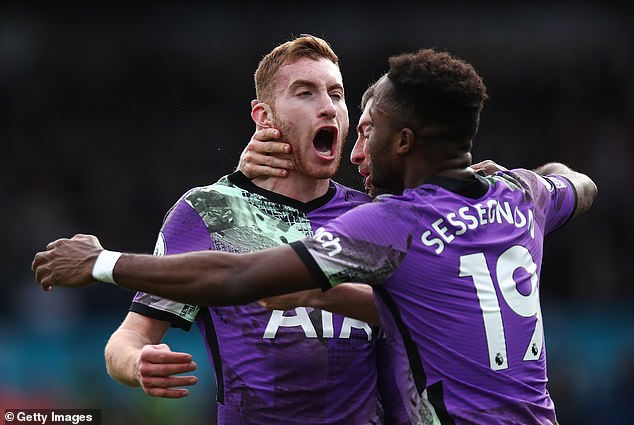 Raheem Sterling shot into the Power Rankings after his exceptional hat-trick against Norwich but his last two performances in the league haven’t been his best.

He was unable to unlock the Tottenham defence just over a week ago and against Everton, he made a number of bad mistakes that stopped several promising Manchester City attacks.

Sterling was replaced by Gabriel Jesus with 13 minutes left to go as Pep Guardiola searched for a winner.

They ended up taking the three points after capitalising on a defensive mistake which could prove crucial in the title race.

With Liverpool closing in on Manchester City in the fight for the title and their forwards scoring goals for fun, Guardiola will be hoping Sterling returns to form quickly with local rivals Manchester United up next week.

There was a time when his days looked numbered at the club but if City go on to win one or more trophies this season, he is likely to play a major role. 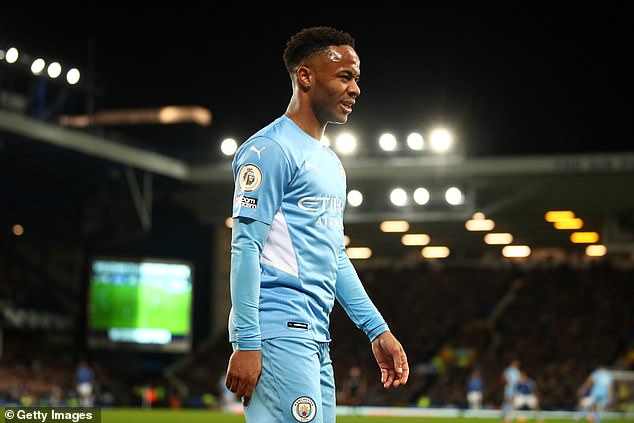 What a big goal Phil Foden’s winner against Everton could prove to be come the end of the season.

The youngster who came through the club’s academy looked the most likely player to make something happen for Guardiola’s side on what was a very uncomfortable afternoon.

He was a constant menace and almost carved up Everton’s defensive line with brilliant pieces of skill and great off the ball movement.

Foden eventually forced the issue by punishing Michael Keane and scoring the goal to open up their lead at the top of the standings back to six points over Liverpool.

The 21-year-old has scored ten out of his last 12 Premier League goals at home showing what an influential figure he is on the road – while perhaps suggesting he needs to be more ruthless at home.

It was his tenth goal contribution of the season and Guardiola will be hoping for more as they look to build a gap back up to Jurgen Klopp’s side in the fight for the title. 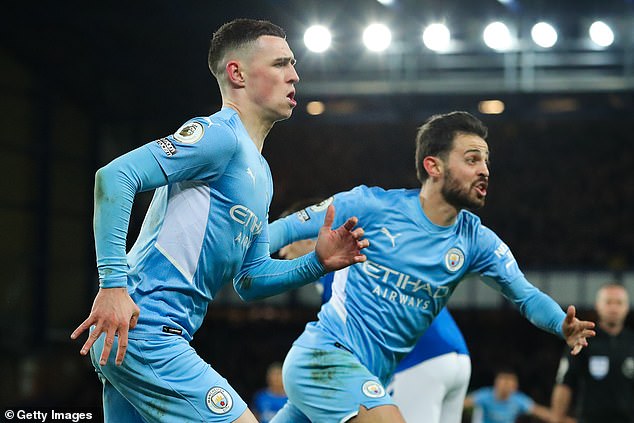 In recent seasons, Eric Dier has not been heavily fancied under previous managers at Tottenham and his below-par performances led to him being dropped from the England set-up.

But Antonio Conte is getting the best of Dier who is becoming a really important player in the heart of their defence.

He has formed a very effective partnership alongside Cristian Romero and against Leeds he was solid with his passing and defended well when needed keeping a clean sheet.

With other centre-backs in the England fold either not on form or not playing as regularly, Dier’s career rejuvenation is certainly a big positive for England manager Gareth Southgate.

There have been signs of frustration for Conte at Tottenham in recent weeks and Dier will be hoping the Italian stays at the club for the long term.

As Conte has got Dier playing some of his best football since his days under Mauricio Pochettino at the club, 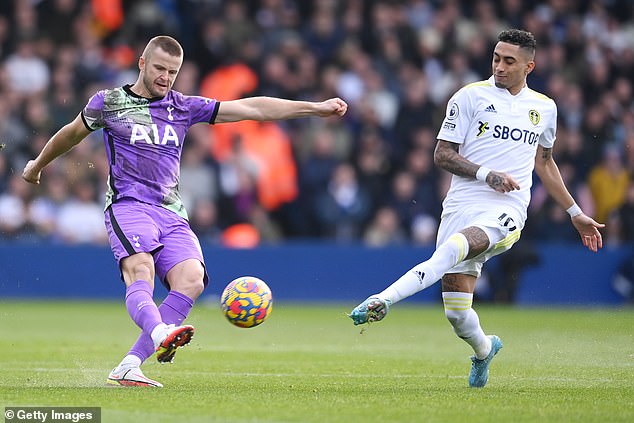 The West Ham star moves down another place in the rankings this week after topping the list two weeks ago.

The Hammers took a vital three points in their fight for the top-four thanks to Tomas Soucek’s second-half goal in a hard-fought encounter against Wolves.

Bowen has been a revelation this season but he had a quieter performance against the West Midlands side.

He had one big moment in the first-half to make an impact but his pass to Michail Antonio wasn’t the greatest.

However, it was a typically tireless performance and he caused Wolves problems with his runs in behind.

It certainly won’t be too long before he adds to his eight goals and assists this season. 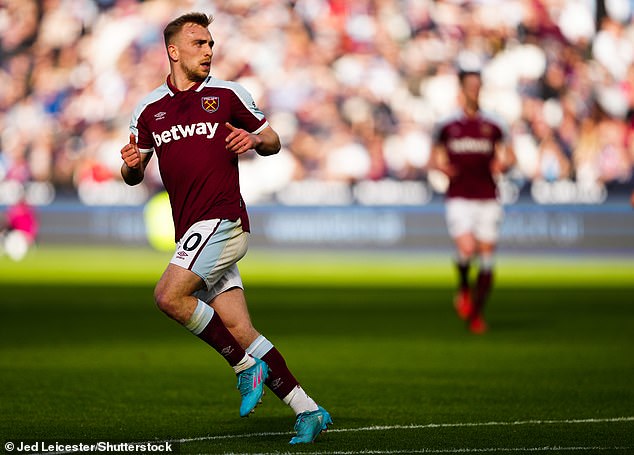 The brilliant Manchester City midfielder swaps positions with Bowen this week after his club’s 1-0 victory over Everton.

The Belgian found it tough especially in the first-half as he couldn’t get his passing game going and the energy of Everton’s midfield three of Abdoulaye Doucoure, Allan and Donny van de Beek was causing problems.

But his performance lifted in the second-half as he threatened to make the breakthrough in a frantic second-half.

He put a lot of pressure on as City searched for the winner and managed to get some shots off.

It wasn’t the most vintage performance from De Bruyne on his 200th appearance in a Man City shirt, but with other stars dropping down the list, not playing and several new entries into the rankings, he moves up one to second. 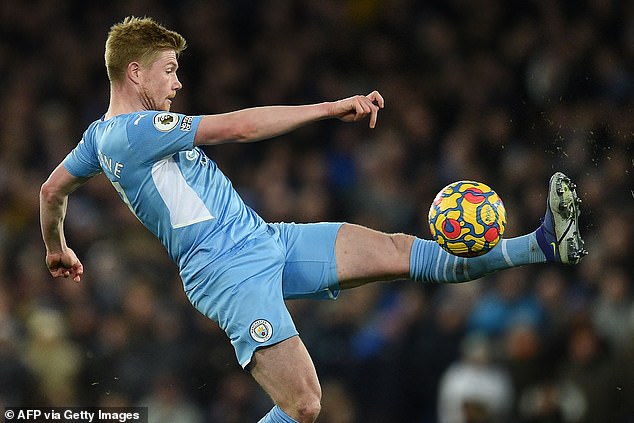 Harry Kane romped to the top of the rankings last week from nowhere and this week he retains his spot at the top of our list.

If it hadn’t been for the 1-0 defeat by Burnley, it would have been the perfect week for the England captain.

He produced one of the best displays of the season in their victory over Manchester City, and he again was heavily influential in their 4-0 win over Leeds.

Kane executed the run for his goal to perfection and his finish was top class, showing he has come a long way since the horrid form he displayed at the start of the season.

He ripped Leeds apart time and time again throughout the game as he looked to turn from scorer to provider.

Eventually he got his assist with a brilliant pass for Son to tuck away Tottenham’s fourth goal.

Their link-up play was exactly why they have overtaken Didier Drogba and Frank Lampard’s previous record of goal combinations with 37. 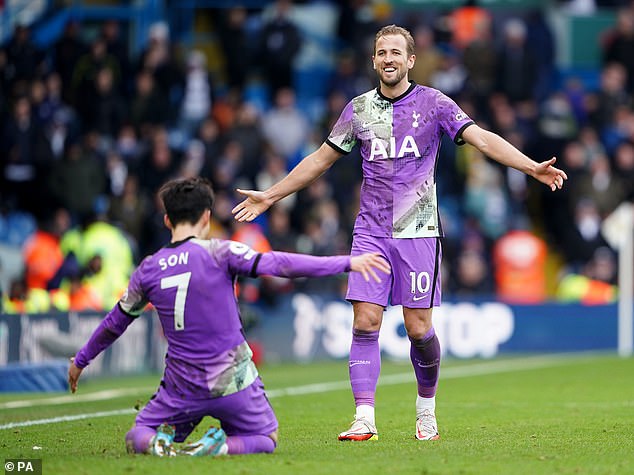