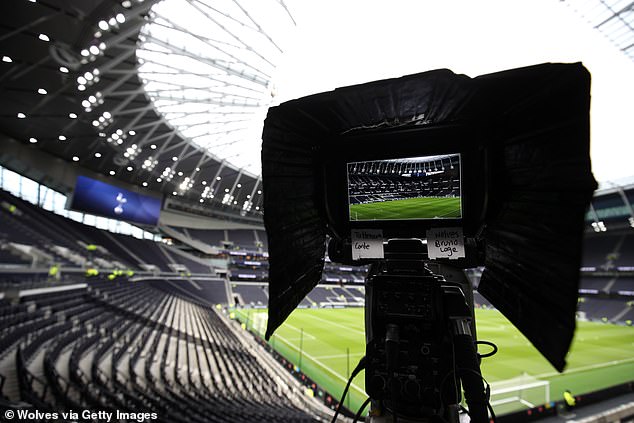 BREAKING NEWS: Premier League ‘will pull the plug on Russian broadcasters in the next 24 hours, with their £6m-a-year deal terminated three months early’, after footage from last week’s matches WAS sent to Moscow

The Premier League will imminently plug the plug on their deal with Russian TV broadcasters, according to reports, meaning their lucrative £6million-a-year partnership will be terminated three months early.

According to The Telegraph, lawyers have handed executives the go-ahead to tear up the remaining time on the the top-flight’s agreement with Rambler Media. Feeds to Russia are expected to be cut in the next 24 hours.

Influential companies and brands have attempted to crackdown on Russia after their bloody invasion of Ukraine, with the Premier League now deciding that they will cut off transmissions inside the country as a result of their aggression.

In a surprise development, footage from the top tier was screened to Moscow over the weekend, with a ‘Football Stands Together’ graphic displayed over the match clock during the Manchester derby for Okko Sport’s coverage.

It is also said that the EFL will scrap their deals, too, with clubs ‘certain’ to give permission for the dramatic move to go ahead by tomorrow at the latest.

Sberbank, the state-owned company which runs Rambler, was named on the list of sanctioned Russian entities in the UK.

They were also targeted by sanctions in the US, affected their international business, and expelled from the SWIFT payment system.