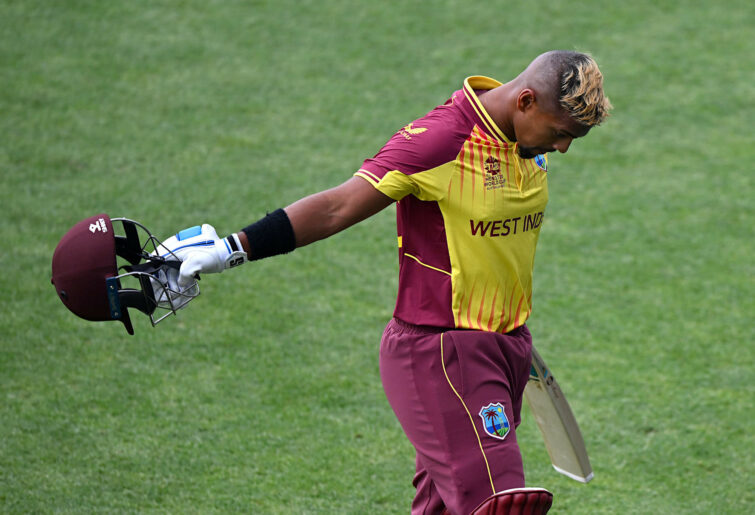 With the West Indies exiting the T20 World Cup before the Super 12 stage, past similar failures come to mind.

Most famously, India and Pakistan failing to reach the Super 8s at the 2007 50-over World Cup. It was that 2007 financial catastrophe that prompted the ICC to try to ensure something similar never happened again through manipulating future World Cup formats.

Which is in large part why we have the current strange format of 16 teams competing at the World Cup, but with the top eight-ranked nations starting in the second round. However, starting at the next T20 World Cup in 2024 there will be 20 teams with everyone competing in the first round.

We’ll be back to something resembling that 2007 World Cup format: 20 teams split into four groups of five teams with only the top two from each group qualifying for the Super 8s.

Get ready for more upsets, like what we just saw with the West Indies, only the stakes will be even higher.

For starters it will be five teams in a group not four like that seen at recent T20 World Cups. Second, all teams are competing, not just lower-ranked countries. That means, for example, unlike Sri Lanka having a chance to rectify their first-up loss to Namibia, any slip-up in the future may mean an early exit.

The ICC is taking a huge risk in changing the formats of the forthcoming World Cups in the 2024-31 cycle. The 50-over World Cup will also see similar change with only the top three teams from two groups of seven reaching the Super 6 stage.

It would come as no surprise to any cricket fan by now to know that a tournament organiser (whether that be national boards or the ICC themselves) desperately rely on selling broadcast rights in India to make a profit, and to a lesser extent in other cricket-mad Asian countries.

The result was a change in format to the 2011 World Cup, with an expanded initial round ensuring each team would play a minimum six matches, rather than the three in 2007. Then an even more drastic change was introduced for the 2019 World Cup with a 10-team league ensuring each team plays at least nine matches.

Although, the changes the ICC are making this time don’t have quite the same level of risk as in 2007. Each team will have four guaranteed matches and there will only be another three to come in the Super 8s stage. However, it is still a brave and commendable move of the ICC.

The format is much fairer and gives all competing teams the same opportunity as each other, regardless of their ranking, as a World Cup should.

Imagine a hypothetical but entirely possible group in 2024: India, Pakistan, Bangladesh, Namibia and Netherlands. I’m assuming India and Pakistan will always continue to be put together in the same group, as the ticket sales and viewers for this match are too key a moneymaker for the ICC.

If the loser of the India-Pakistan match lose one other game, they quite likely won’t make the Super 8s.

These changes in formats ensure future World Cups will have every match feeling critical and include plenty of upsets. It might not be India, but due to the unpredictable nature of T20s you can bet every T20 World Cup will feature one of the traditional cricketing nations exiting early, even Australia at some point.

See also  India could slip to No. 4th in WTC standings with a defeat: Check