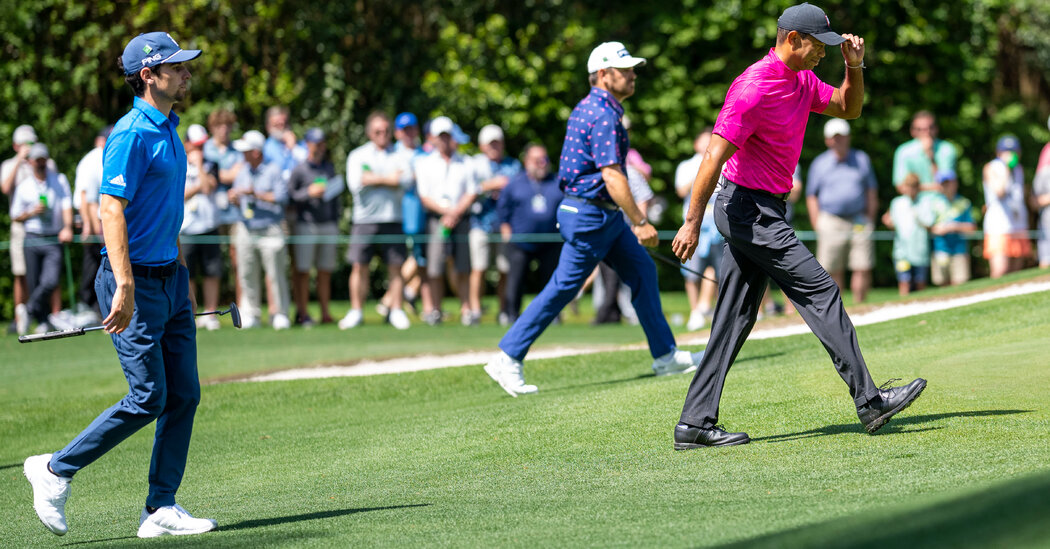 AUGUSTA, Ga. — Joaquín Niemann could not hear his caddie.

He had made another Masters Tournament. He had navigated the thicket of spectators. Now, as the 23-year-old Chilean stood at Augusta National Golf Club’s first tee on Thursday, Gary Matthews, who was carrying Niemann’s bag, may as well have been anyplace else.

Such is life playing alongside Tiger Woods.

It was only weeks ago that Woods, whose doctors weighed amputating his leg after a car wreck last year, seemed certain to miss the Masters. But his decision to play in the tournament, his first professional competition since November 2020, instantly transformed how spectators would follow the action — and any player accompanying the five-time Masters winner at Augusta National.

Woods’s presence in a pairing or group has long defined the playing environment around his slice of just about any tournament, with his fans, and quite often just the curious, offering up a barrage of cheers, commentary, cameras, bustle and scrutiny. The spotlight, it seems, only barely tilts away from him, if it does at all.

And so the chaos, or whatever counts for chaos on a golf course, can make Fred Couples — a Masters champion, once the world’s top-rated golfer and a hero to baby boomer duffers — look more like an afterthought than a leading man. It can render Stewart Cink, a British Open champion and one of the finest golfers of his era, a merely thrilling bonus, or Francesco Molinari, also a British Open winner, something less than a pairing’s marquee name.

“It’s way different when you play with Tiger anywhere, and Augusta National is no different,” said Cink, who has often had an up-close view of Woods at the Masters.

Woods, who earned the first of his Masters green jackets 25 years ago, has long commanded one of the largest Augusta galleries, with some other champions certain that a “Tiger roar” through the pines simply sounds different than cheering for other players. And with Phil Mickelson, one of Woods’s rivals for attention and affection, absent from this year’s Masters, Woods is even more the player with the greatest following around Augusta this week.

See also  Tee times, TV and streaming info for the first round at August National

The frenzy of this particularly intense week began well before Niemann, Woods and Louis Oosthuizen found themselves peering down the 445-yard No. 1 on Thursday. Couples, who played in his 37th Masters this week, joined Woods for a pair of practice rounds and was left agog on Monday, the first day the course was open to spectators.

“I’ve never seen anything like it,” he marveled. Couples said he found a way to get to the tee where Woods’s fans “were only four deep.”

But frequency does not necessarily make the scenario easier for others pursuing their own ambitions.

“The biggest thing is just the energy in the crowd and the intensity of the reactions and the scrambling for position,” said Cink, whose best finish at Augusta was a tie for third in 2008. “There’s a lot of movement out there.”

Cink said that Woods had routinely tried to keep it a fair fight by allowing others to finish playing a hole before he did, keeping the crowd in place just a little while longer.

“When you play with him, it’s busy, it’s noisy,” said Molinari, who won the 2018 British Open at Carnoustie when he was paired with Woods and, the next year, played with Woods on Sunday at Augusta. “I don’t think it makes a big difference if it’s here or somewhere else.”

Woods, mighty as he is, has only so much control.

On Thursday, the spectators began to amass around the first tee box long before Woods emerged from the clubhouse to start his tournament. A drone flew overhead. At least one man shouted “let’s go Tiger!” at least twice, though it was hard to tell in a crowd that seemed about 25-deep in places so people could see Woods (or maybe just the top of his cap) as he took his first shot.

Niemann and Oosthuizen received polite, restrained welcomes from the crowd, which started to break up as soon as Woods, who hit first, finished swinging his driver, all the better to get a head start down the fairway or to the second green, to see Woods again.

The din quieted enough on later holes that Niemann said he could, in the end, hear Matthews as he played his way to a three-under-par 69. He said he had even come to find pleasure in the enormous crowds.

“They were always telling me to make sure you try to finish before Tiger, that way the people don’t start moving,” Niemann said. “But they were really respectful, so it was an enjoyable round.”

Daniel Berger suggested that a worse fate than being paired with Woods was playing just in front of him.

“If you are one or two ahead of him, then it’s always a struggle with people trying to run up to see him,” said Berger, who debuted at the Masters in 2016.

Padraig Harrington, another British Open winner who has played with Woods, had a similar assessment.

“It’s very difficult if you’re the group ahead of him,” he said. “It’s very, very difficult because the crowds are watching him and they’re moving on to see him. When you’re playing with him 20 deep, you can’t hear a thing because there’s so much going on.”

But Harrington, who has won two Opens and a PGA Championship, had no complaints about life with Woods as a playing partner.

“He’s actually one of the easiest guys to play with over the years,” he said. “He’s a very simple guy to play with. He plays golf. He says ‘good shot’ only when you hit a good shot. There is no messing around, no rubbish about it.”

Practice rounds are, of course, less pressurized, and Couples, who has long been close to Woods and is now in the twilight of his career, signaled that he sometimes plays the court jester. It appeared that way this week when Woods played with Couples, who won at Augusta in 1992, and Justin Thomas, who was born the next year and was 3-years-old when Woods first won the Masters.

“I like to tell them stories, but usually on the tees it’s very quiet and I let them do their thing, and as soon as we step down the fairway there will be a story about this guy or that guy or me or Tiger,” Couples, who said that Woods and Thomas make him hit last, recalled this week. “Then we laugh until we get to a ball.”

The crowds are always thick, and always watching, and always bouncing. But Couples said there is a benefit of playing with Woods and Thomas, all of the theatrics and distractions aside.

“It’s nice because they only want to play nine holes,” Couples, 62, said. “I am great with nine holes.” 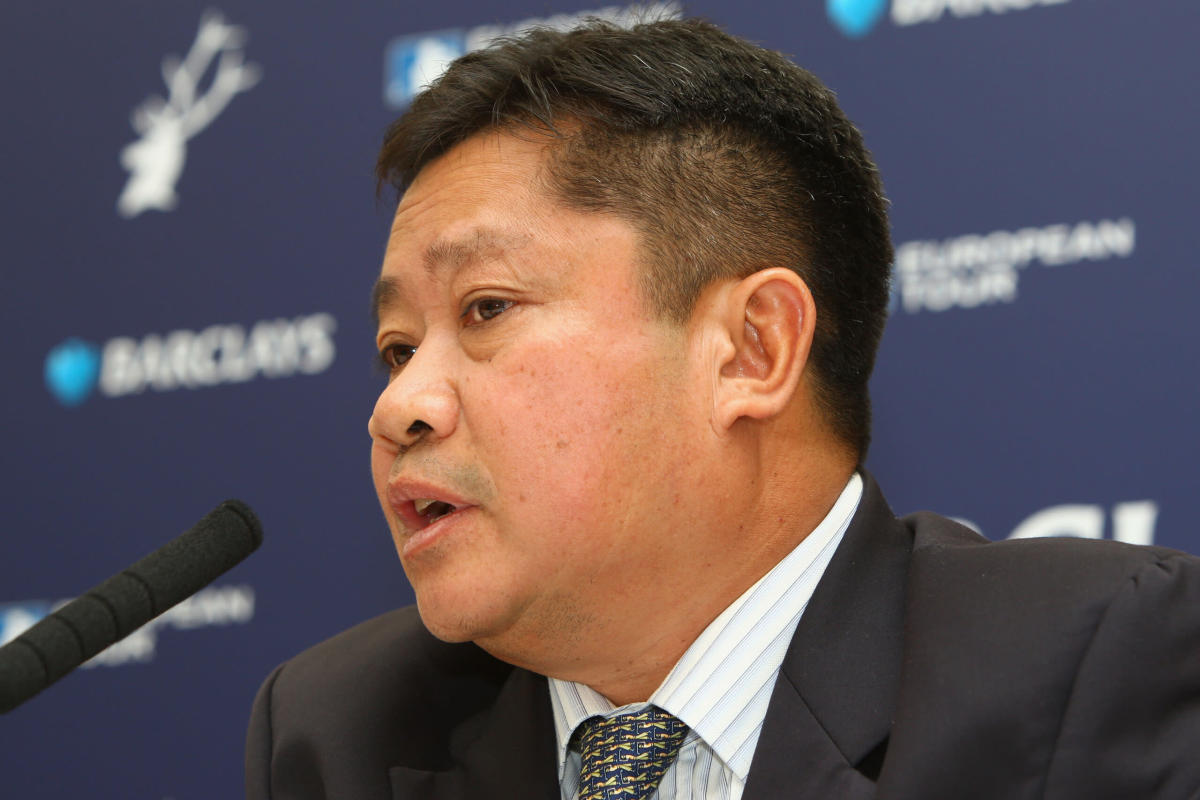 Kyi Hla Han, former Asian Tour executive who elevated the status of golf in the region, is dead at 61 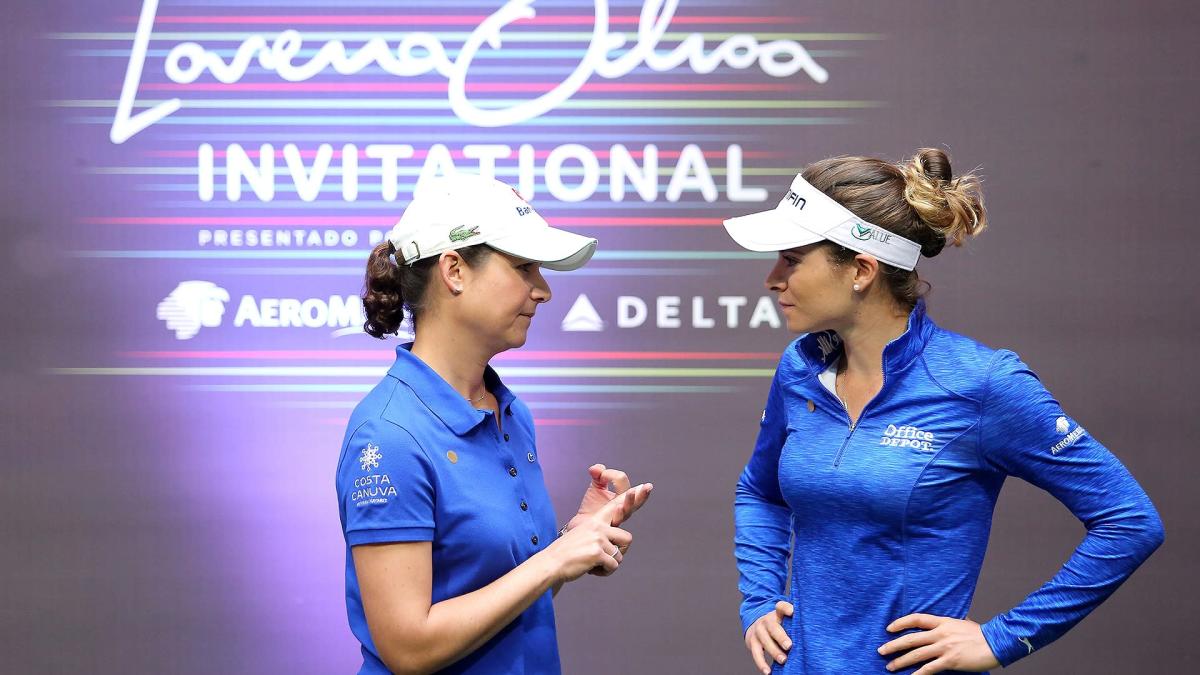 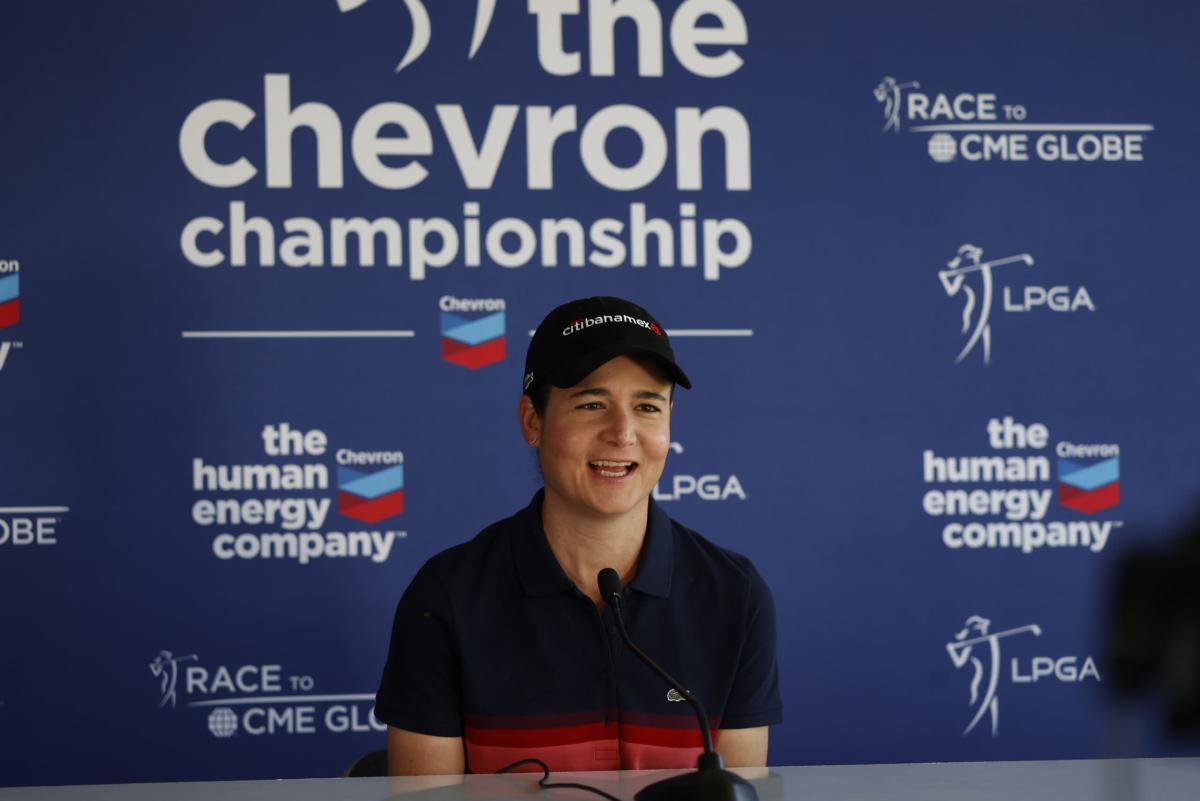 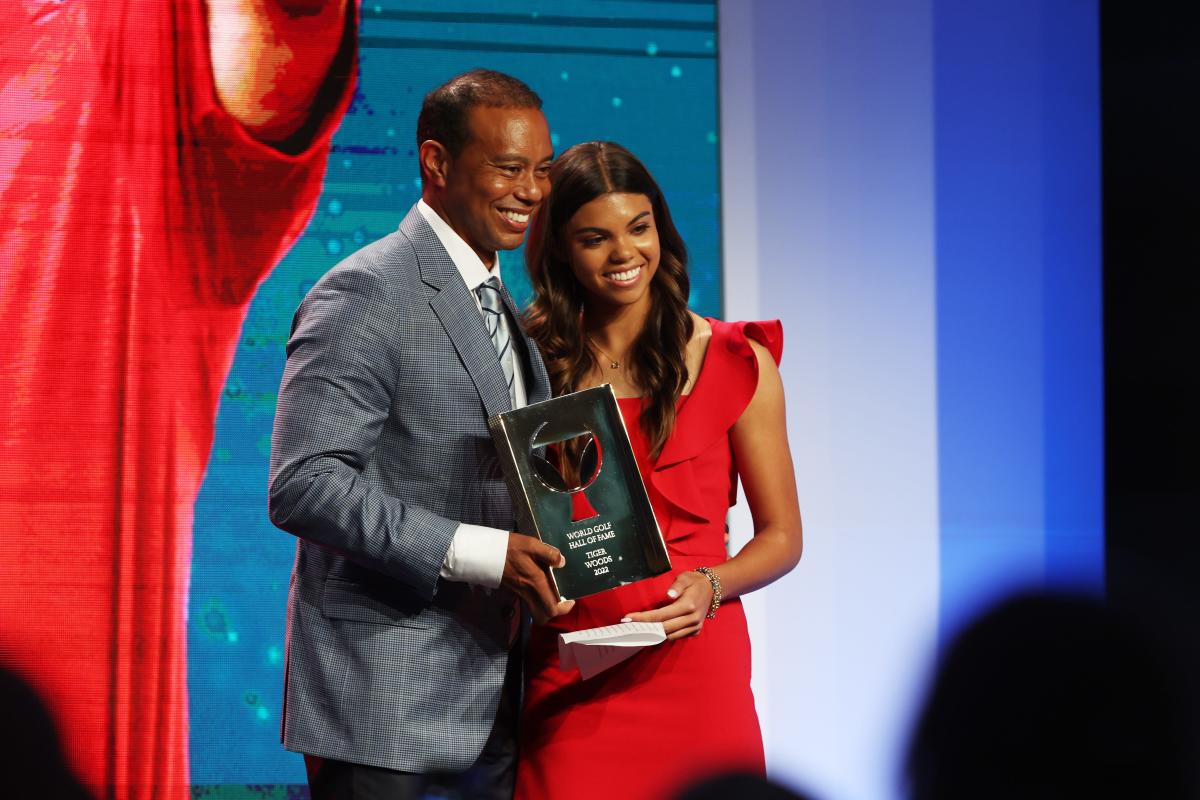