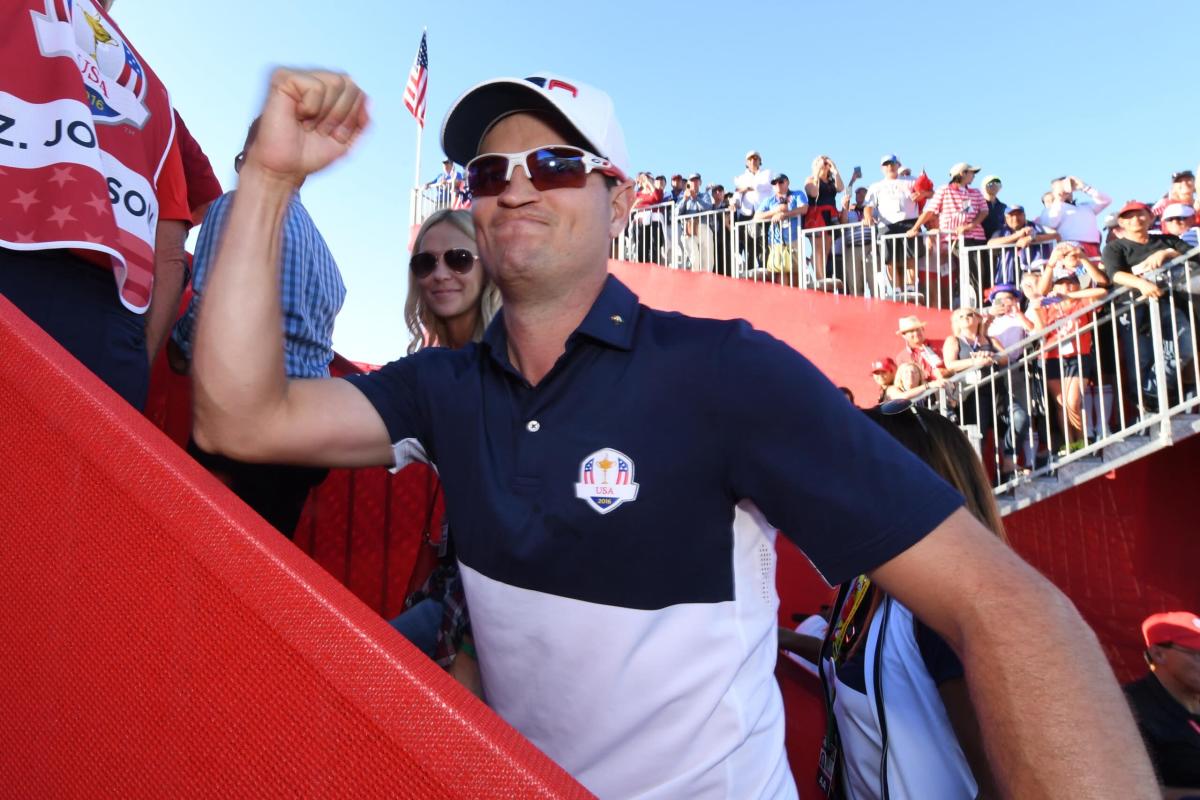 That’s the overwhelming feeling among players and former captains concerning Johnson officially being named the 2023 Ryder Cup captain for Team USA on Monday at PGA of American headquarters in Palme Beach Gardens, Florida.

That’s just a snapshot of the praise for Johnson, 46, who has played in the Ryder Cup five times and the Presidents Cup four times. He’s also been an assistant captain the past two editions of the Ryder Cup.

Now the mission for the two-time major champion and winner of 12 PGA Tour titles is to end the USA’s 30-year drought on foreign soil in the biennial matches against Europe at Marco Simone Golf & Country Club in Rome, Italy.

Here are those who think he’s up to the task.

“He’s just good people. He’s someone that has showed his kind of grit, determination and work ethic for years can work out here. He’s never necessarily been one of the longest guys or anything like that. But to see the career that he has made for himself, is very impressive. Not to say that he wasn’t good, but, you know, someone that comes from not much length and to make the most of it by playing to his strengths just says a lot about him and his character.

“He’s a bulldog. But he’s also someone that can joke around and have a good time. He knows the guys to put around himself to be assistant captains to be successful. He’s a great leader. He knows how to, you know, loosen up and have some fun, but when the time comes to go to work, you know, he’s a fighter.”

“It’s a great choice. Him being involved with the last couple of teams, being a player many times, is important. He’s a fierce competitor. As a player, he finds a way to get it done. He’s got a little bulldog mentality. All the guys know that about Zach. He’s a fighter. He’s the right guy to go overseas leading the team.

“With me at Whistling Straits at the Ryder Cup, he was instrumental. He’s friends with a lot of the guys, he talks to the guys, communicates with them, he gave me a lot of great advice along the way. He was ready to do anything at any time. He dots all the I’s the dots all the T’s.

“Zach is a lot like I am. I wasn’t overly long, we relied on our short game a lot, putting and chipping, and got it around and managed our game best we could. And his demeanor off the course is very much like mine. He’s laid-back, a Midwestern guy, great work ethic, his mentality is a lot like mine. He’s a great guy.”

“I like Zach. He’s always been fun in the team rooms. He’s been kind of a little bit of a rah-rah guy, which is always good. We all knew he was in line, knew it was going to happen sooner or later, so it’s nice to see him get one. The stuff he does behind closed doors is what I think makes the big difference, and I think every guy that’s played on a team that he’s been an assistant or played with him would definitely agree with that and be happy to see him do it

“He’s more of an energizer, like a team energizer. He’s been pretty good. He’s never really been a part of my pods, so all the details and certain things, I don’t see maybe that other guys will see, but he’s definitely fun to be around.”

“He’ll be a great captain. He has the experience not only as a player but as being in that role of being a leader. It was just a matter of time that he was going to get that call. And you know, the biggest thing for us right now as players is to play as hard as you can to make that team and make Zach’s life a little easier.

“He listens and you have to be a good listener to be a great coach. He listens to the guys and he takes everyone’s input and is able to disperse it hopefully in the best way possible.”

“I think he’s such a great blend of kind of new school/old school. He’s been a part of so many big teams and he’s played on Tour for so long and he’s so well respected among us out here that when he says something, you listen. Having spent some time with him at the Ryder Cup last year, I know he’s going to make a great captain. He’s very chill. He kind of reminds me of captain Stricker. He’s very low key, lets the guys do what they need to do to get ready, and he has great experience from Ryder Cups in the past.”

“Zach is the perfect choice at this time to be the captain. The American Ryder Cup team has a system in place, finally, where assistant captains eventually work their way up to be the captain. And that formula won in 2021. I think it just bodes really well for Zach to try to continue that model. The Europeans have had that model in place since Tony Jacklin took over.

“His No. 1 asset is going to be experience. He’s been around a lot of Ryder Cups as a player and as an assistant. And the players really respect Zach and trust him. And that’s very important. Now he has to create the best environment for those players to succeed. And he will.”

USA captain Paul Azinger is sprayed with champagne after defeating the Europeans on day 3 of the 37th Ryder Cup at the Valhalla Golf Club in 2008. (Photo: Frank Victores-USA TODAY Sports)

“I think he’ll make an excellent captain. He’s the perfect kind of guy. He’s level headed. He’s well respected. He’s smart. He’s known this game, at our level inside and out, for a long time. And he’s my best friend. There’s actually a little bit more motivation for me to try to get onto the team. Most of the time when you play the Ryder Cup you’re playing for the guys that are not really in your competitive generation. They’re older. All my captains, I think, have been older players, but me and Zach, if I can get on his team, he’d be like, an actual peer. I’d be older than that guy. So that would really be cool.

“He treats everybody fairly. He’s honest. He’s just like a good friend. He doesn’t pick favorites. He doesn’t have any grudges out here. Just got a really healthy relationship with almost everybody.

“He’s got some fire. He’s a competitor and he’s played great.”

Stewart Cink (R) of the USA chats with Zach Johnson during a practice round prior to the 2010 Ryder Cup at the Celtic Manor Resort on September 30, 2010 in Newport, Wales. (Photo by Sam Greenwood/Getty Images)

“He’s been in the system, so I think he knows what to do. He’s a great guy. He’s confident. He won’t take (crap) from anybody. And he’s smart.”

“He’s been a part of a lot of Ryder Cups. He is familiar with the team format in the team room and all those types of things that are involved with being a captain. He’s got good rapport with, like all the players that would be eligible, the younger guys, and some of the, you know, veteran guys that have been part of this team.

“It’s well deserved. Ryder Cups are tough. He’s always been considered a tough-minded-grinder type of guy. He was a good pairing for me. We’re very similar in how we play; we didn’t have a lot of power off the tee, but we kept it in play. We’re good with our irons. And he gave me a lot of confidence because he was such a good putter. So it kind of freed me up to do my thing. We kind of thought the same way about how to attack the golf course and how to plot our way around and, you know, try to get points for the team.”