‘Absolutely PATHETIC way to win a cricket match’: Piers Morgan leads outcry at India women after Deepti Sharma ‘Mankadded’ England’s Charlie Dean at the non-striker’s end and insists the team should be ‘ashamed of themselves’

Piers Morgan has branded India’s ‘mankad’ in the final One Day International against England an ‘absolutely pathetic way to ‘win’ a cricket match.’

With her side needing 17 to win, England batter Charlie Dean was run out at the non-striker’s end by Deepti Sharma in an act that has caused a stir in the cricketing world.

Morgan was one viewer who was displeased with the act, and took to Twitter to vent his frustrations. 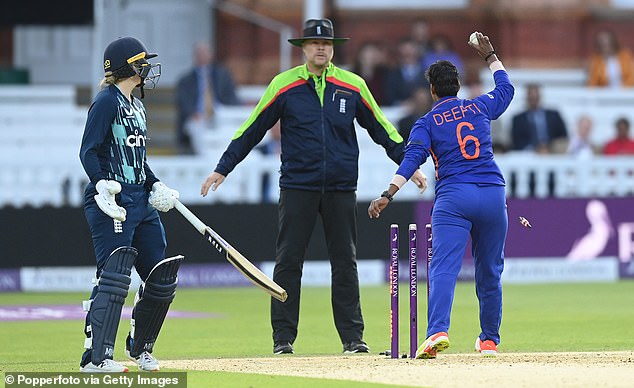 ‘The whole India team should be ashamed of themselves,’ he said.

England had struggled in their run chase of 170 to win the third ODI at Lord’s today but were rebuilding well with a 10th wicket partnership of 35 between Dean and Freya Davies.

With the duo going well and 39 balls remaining, it seemed England could recover to record an impressive victory over an Indian side that had already won the series.

But with Davies on strike, Sharma ran into bowl before stopping during her run-up to controversially run Dean out and secure a 3-0 series win for the visitors.

The action resulted in boos around the ground and Dean in tears as India celebrated. 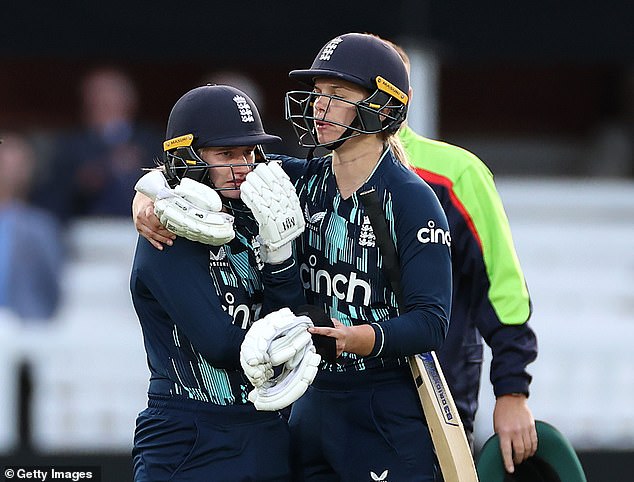 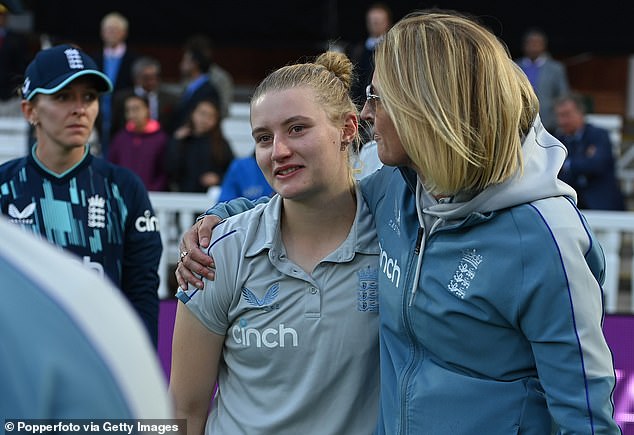 Several cricket stars have had their say on the matter, including men’s bowler Stuart Broad, who tweeted: ‘I personally wouldn’t like to win a match like that.’

His views were echoed by wicketkeeper Sam Billings, who posted: ‘There’s surely not a person who has played the game that thinks this is acceptable. Just not cricket.’

He added: ‘Well within the laws but not in the spirit. Just my opinion… the law should be changed back to a warning system or penalty runs for excessive backing up for eg.’

Billings then posted a still image of the controversial moment, with the caption: ‘Not even looking at the other end in delivery stride.’

Alex Hales, who has recently been recalled to the England team after a three-year hiatus, however, said: ‘It shouldn’t be difficult for the non-striker to stay in their crease til the ball has left the hand.’ 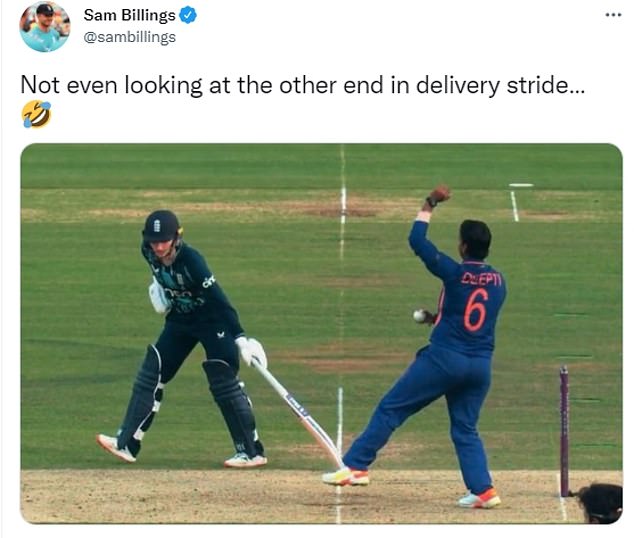 Sharma’s teammate, Harmanpreet Kaur, when interviewed after the match said: ‘It’s part of the game. We have not done anything new.

‘It is part of the ICC rules and it just shows your awareness. I will back my players and at the end of the day, a win is a win.’

It has been suggested that there was no warning from Sharma or the umpire about Dean leaving the crease early.

Images also show that Dean was in her crease until moments before the bails were taken off, seemingly not attempting to gain an advantage.

The laws were recently changed the state the bowler had to be in their run-up to run a non-striker out before the ball was bowled after several controversial incidents.