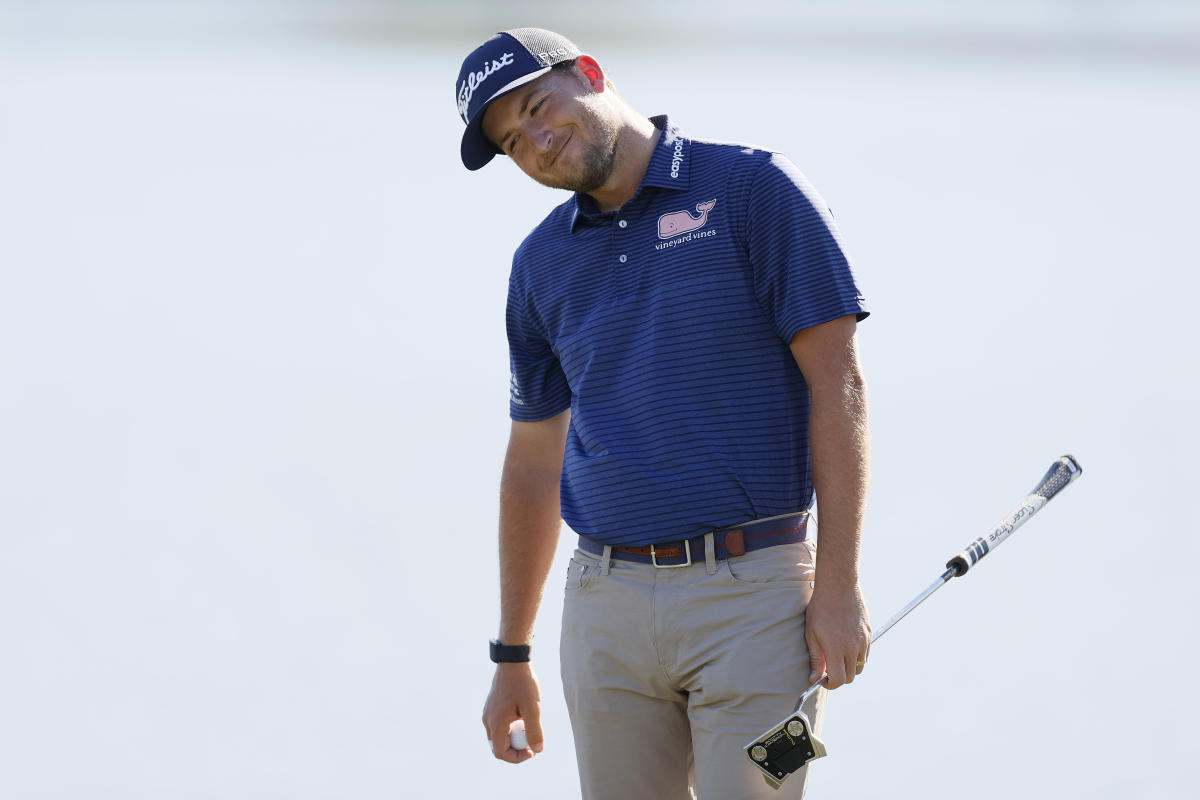 Like the rest of the golfing world, PGA golfers get into jams on the course.

It’s how they get out with creative, sometimes spectacular solutions that separate them from mere golf mortals. They’re pros after all.

Then there’s this from 26-year-old pro Lee Hodges.

Hodges found himself on Sunday in a sizable greenside bunker on No. 15 at the Honda classic at PGA National in South Florida. Instead of lofting his errant ball onto the Par-3 green with a wedge, he pulled out his putter — an approach that can be charitably described as unorthodox.

His execution started mighty whack from his mallet putter. It ended, well — not so great, to put things mildly.

Hodges’ “putt” skidded across the firm bunker sand then rolled from one end of the green to the other before it stopped in some greenside muck just short of a body of water.

Only then did Hodges decide to pull out a wedge. The result this time was considerably better — as in on the green. But not anywhere close to the hole. A two-putt from there salvaged a double-bogey 5 that was almost considerably worse.

Hodges finished the day with 70 that added up to a T9 for the week that came with a tidy $194,000 payday. So all was certainly not lost with No. 15’s near disaster that ended up accounting for just two strokes in the wrong direction.

But here’s guessing Hodges leaves his putter in the bag next time he’s in a bunker.