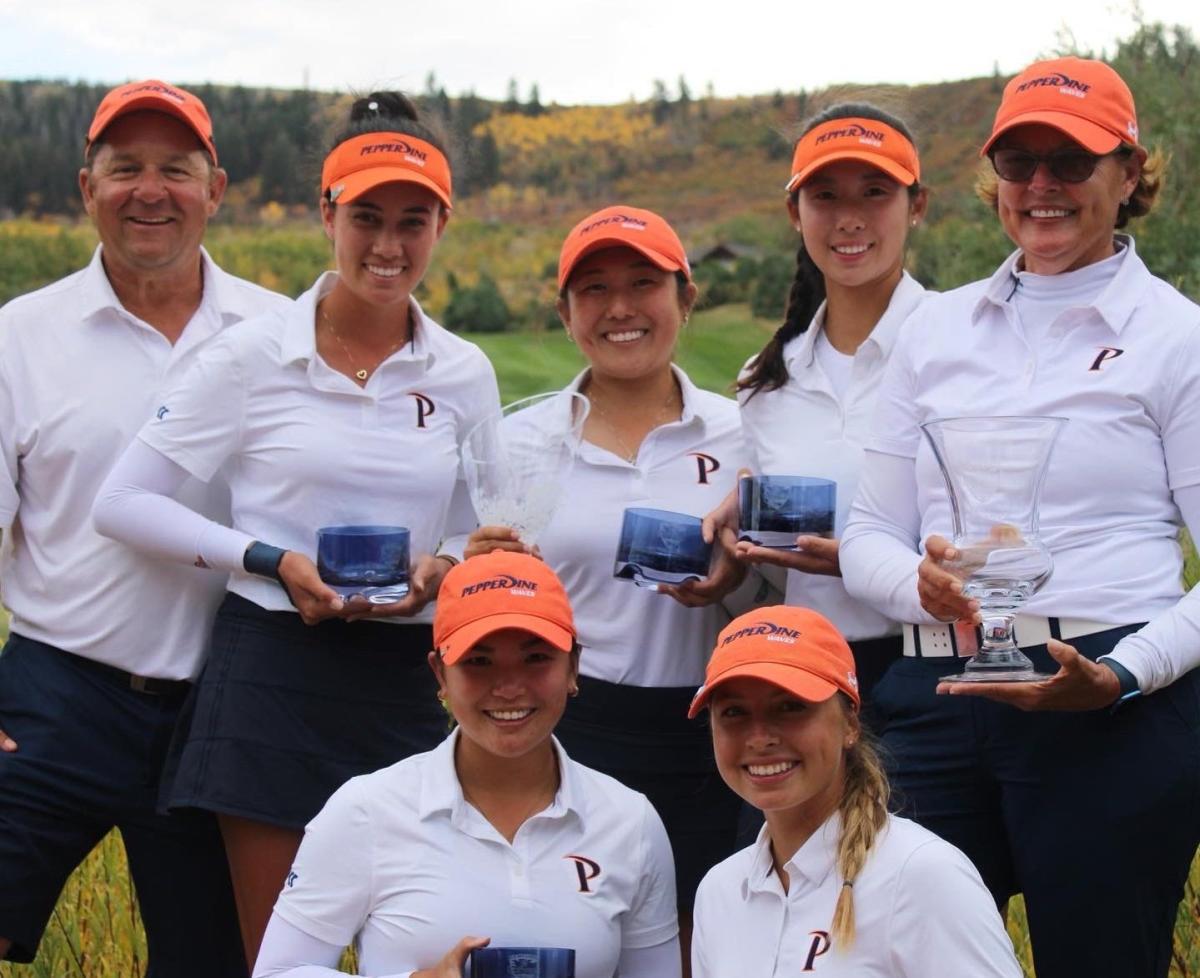 Head coach Laurie Gibbs had other coaches seek her out to tell her so this week at the Golfweek Red Sky Challenge, not that anything like that is lost on Gibbs, a 30-year veteran coaching women’s college golf. There’s no magic formula to success, Gibbs said, but the pieces are coming together for the Waves. After going 18 under for 54 holes at Red Sky Golf Club’s Fazio Course in Wolcott, Colorado, this week, Pepperdine won its second start of the season by 15 shots.

Only UCLA in 2018 has ever gone lower (reaching 32 under) over three rounds at Red Sky, a stunning yet tricky layout nestled into the mountains at more than 8,000 feet. In the tournament’s 12-year history at Red Sky, Pepperdine has now won four times.

“I think it’s going to be a really exciting year,” Gibbs said after this latest victory, which came in the Waves’ second fall start. “I think we have a team that could potentially do some really exciting things.”

Junior Lion Higo won the individual title at Red Sky with her 10-under total. It was a much different story from Higo’s experience here last year. Higo, a junior, kept it in the fairway and got hot with her putter this week. If she missed a long putt, she left herself a tap-in.

“It was just some easy golf out there,” she said.

Easy pars is a strategy Gibbs has preached to this squad. Two weeks ago at the USF Intercollegiate at the Olympic Club in San Francisco, the Waves led the field in pars and they repeated that at Red Sky.

“That was something that we’ve really been working on where they’re getting good yardages, really feeling comfortable with clubs into the green and I think they were just really committed to playing smart and really working the dispersion,” Gibbs said. “Even though yeah, they want to be aggressive, they felt like OK, I just want to give myself an easy par. And if they’re two-putting for par on every hole, pars are going to win the day. Sometimes you’re relaxed and you start making birdies.”

In a landscape dominated by Power 5 programs – particularly once postseason hits – Pepperdine has always seemed to find an edge. The Waves were a fixture at the NCAA Women’s Championship in the early 2000s – which included a runner-up finish in 2003 – though their last finals appearance came in 2017. As women’s college golf becomes more competitive, the top players have more choices when it comes to recruiting.

“I thought for us, for our edge, that we need five players in it all the time,” Gibbs said, “and I feel like that’s what we have now.”

Behind Higo, Lauren Gomez finished runner-up individually at 7 under. The next three players finished inside the top 22. Pepperdine’s throw-out score in the final round was a 1-over 73.

Gibbs left two competitive players at home this week and in the spring semester, her roster grows to nine. Jeneath Wong, an Australian ranked inside the top 100 in the world, and Charlotte Brook, an up-and-coming talent form England, will arrive in January. The result will be a loaded roster that breeds competition for a spot in the lineup, and that’s reminiscent of the depth Pepperdine’s men’s program has cultivated these past few years. Pepperdine won the NCAA title in 2021 with a roster of nine men who were exceptionally competitive with one another.

“They really watched how our men prepared and they learned a lot,” Gibbs said of her team having a front-row seat to the men’s 2020-21 championship season. “I think they practice a little bit together. It’s kind of a neat relationship and I think both programs are really very supportive of each other.”

Three days after the Golfweek Red Sky Challenge, Pepperdine’s women have to turn around and get on a flight to New Mexico for the Golf Iconic Classic. The spring season picks up in early February, and Pepperdine will play six regular-season events beginning in early February with the Therese Hession Regional Challenge at Palos Verdes near Los Angeles and running through the WCC Championship in mid-April.

“Lots of players will be able to compete but it’s going to be competitive,” Gibbs said of that tournament lineup. “That really drives the players to make sure their game is ready to go, always be ready to play.

“It will be the positive and the challenge, too.”