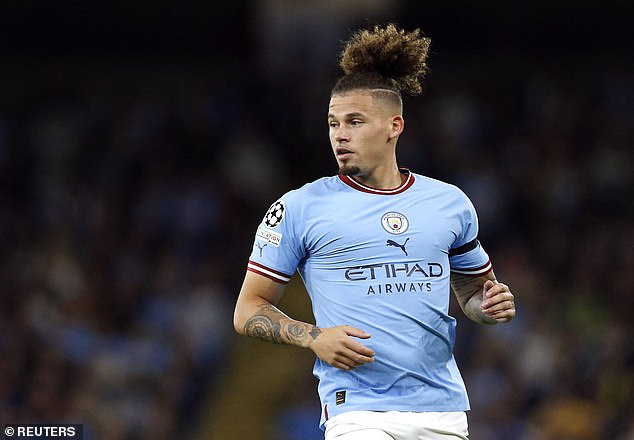 Pep Guardiola believes Kalvin Phillips has a chance of making the World Cup but admitted frustration at the midfielder’s start to life at Manchester City.

Phillips sustained another shoulder injury late last week and City are preparing to send the £42million summer signing to have surgery.

It has proven a persistent problem for Phillips since joining the Premier League champions and was an issue he struggled with at Leeds United last season.

The 26-year-old — who has played just 14 minutes this season — will not join up with Gareth Southgate’s England squad for their Nations League matches against Italy on Friday and Germany next Monday and has been left sweating on his World Cup place.

‘We need him because Rodri cannot play all the games,’ said Guardiola. ‘Kalvin came to fight for that position and sometimes you need two holding midfielders to be more defensive. But I think it will be a bit longer because I think he needs it (surgery).

‘Every time he’s out because of this and the doctors say if it happens three or four times then the only solution is to have surgery.

‘I am not a doctor but in a good way he can arrive at the World Cup, of course.’ 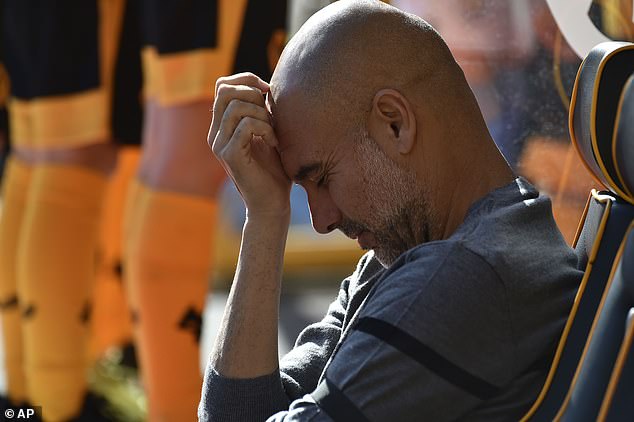 His manager, Pep Guardiola, admitted to being frustrated at the current situation of the midfielder as he faces a further period out of action

Guardiola used all five of his substitutions during Saturday’s victory over Wolves and insisted he would need the help of his entire squad before Qatar.

‘In this crazy schedule, we need everyone,’ he added. ‘Normally the people on the bench when they are not playing, they are complaining but when they make a good impact, they can help us.’

City face rivals Manchester United at the Etihad Stadium after the international break and Guardiola said: ‘I have time to think about that. I need a good dinner first, good sleep.’ 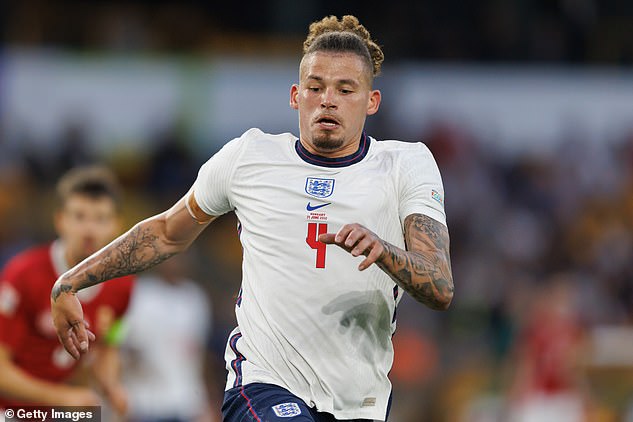