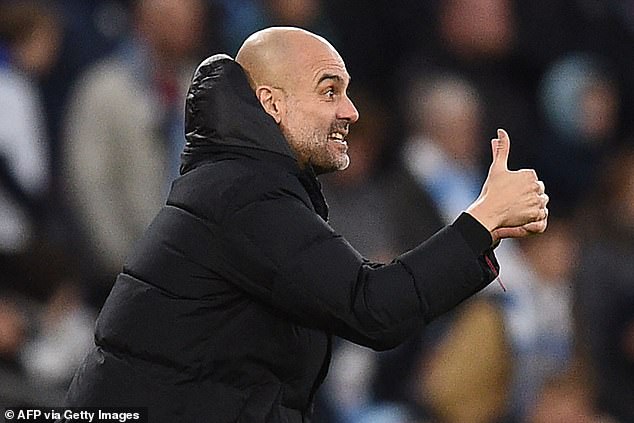 The knives were quickly sharpened in the Sky Sports studio, with Manchester United branded ‘shameful’ for ‘giving up’ at the Etihad Stadium.

But Pep Guardiola wanted to shift the narrative and point out Manchester City were quite good, too, as they went six points clear of Liverpool and widened the gap to United to 22.

Guardiola was asked to assess the positives of thumping their rivals despite City not being at their best. ‘If the second half is not our best, I don’t know what we have to do,’ he said. ‘I’m so demanding but I know my limits and I know the players’ limits.

‘United were eight games without defeat. I am the biggest critic of my team but when we play good, we play good, and second half we were really good. We should have scored more goals.’

United had won on their previous trip to City, this time last year, but Guardiola added: ‘The truth is that when we’ve lost to them, we were already champions.’ 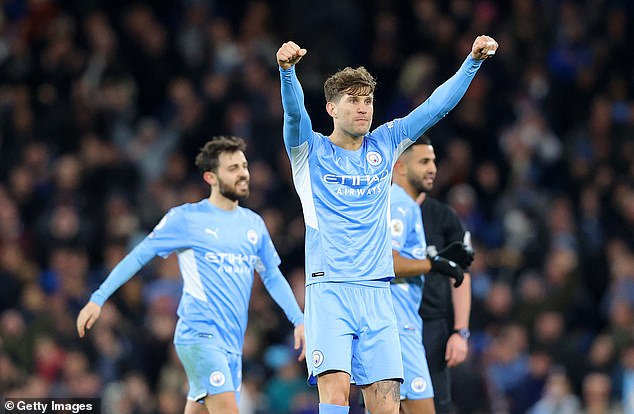 His assertion appeared to be that the only meaningful defeat United have inflicted on his team in six years was here in December 2019, on the way to Liverpool lifting the title.

The City manager expected his protagonists, such as two-goal Kevin De Bruyne, to step up, whereas the pundits anticipated United’s would hide.

Cristiano Ronaldo and Edinson Cavani were unfit, according to Ralf Rangnick. ‘I cannot force a player to play if he doesn’t feel fit enough,’ he snapped, adding that Ronaldo’s hip injury had surfaced on Friday morning.

The players he picked provoked anger from the United legends, though. ‘The worst thing you can say about United is that they gave up,’ fumed Keane. ‘To give up is unforgivable, really. They threw the towel in and that’s shameful. Five or six of them should never play for Manchester United again. 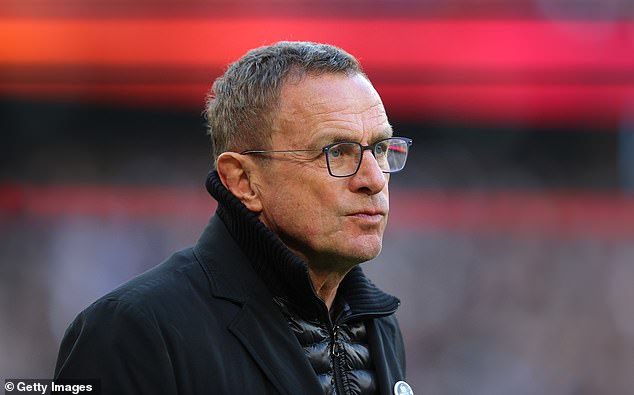 ‘Who’s running that dressing room? These guys seem more bothered about, ‘How am I looking? How’s my hair looking? Are my boots nice?’ You leave your ego at the door when you play for Man United.

‘The United fans are not daft. They’re watching their team and seeing they’re not fighting. There are no excuses.’

Rangnick flatly disagreed as United slipped out of the top four. ‘I didn’t have the impression that they didn’t try,’ he said. ‘It’s difficult when you’re 3-1 down. City are the best team on the ball on the planet.

‘After 28 games, we’re as far apart from each team as the table shows. They deserved to win. It was impossible to keep them away from our goal in the second half. I’m happy with the players we have. We don’t always play City.’