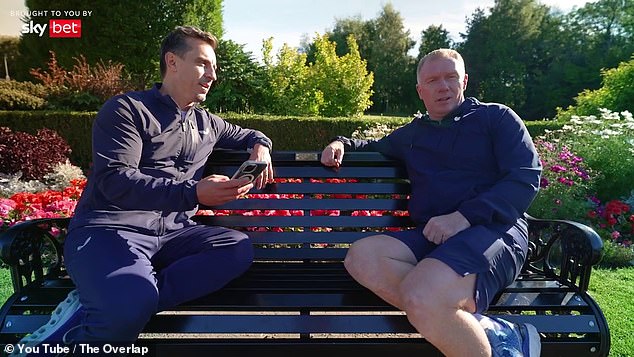 Manchester United legend Paul Scholes has revealed he was close to tears after the club were dramatically pipped to the Premier League title by rivals Manchester City in the 2011-12 season.

Sergio Aguero fired in a last-gasp winner in stoppage time against QPR in one of the most iconic moments in top flight history to ensure City won their first ever league crown, with United’s 1-0 win over Sunderland not enough to bring the trophy home.

United’s players were pictured looking glum on the pitch at the Stadium of Light knowing their efforts were for nothing despite Wayne Rooney’s strike putting them top of the table – with City 2-1 down – before Edin Dzeko levelled for the Citizens and Aguero broke United’s hearts. 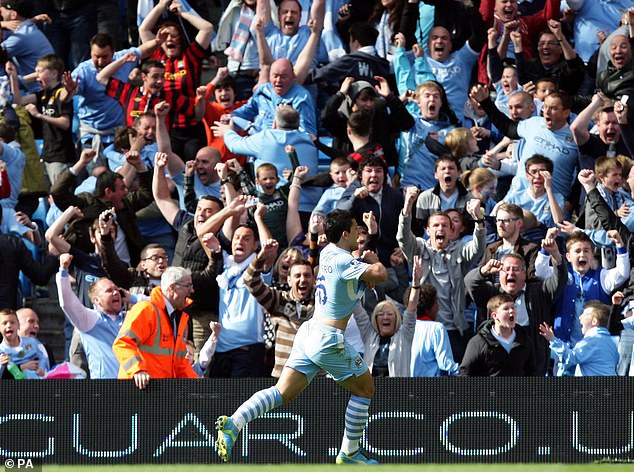 Speaking to old team-mate Gary Neville on Overlap Xtra, courtesy of SkyBet, he said: ‘I nearly cried. It made it worse, because City playing QPR, we just didn’t think it would be a problem. We went to Sunderland thinking it don’t matter.’

Man United finished their game at Sunderland being unable to celebrate as they awaited the result of City’s match – which was moving into added time.

‘We didn’t think we’d won the league [at full-time],’ Scholes added. ‘You don’t think like that, do you?’

Scholes – who played 718 times for United and won 11 Premier League titles – played in a host of fierce derbies during his time as a Red Devil, including against bitter rivals Liverpool. But he claims he always felt the games against City were more momentous and saw them as bigger rivals. 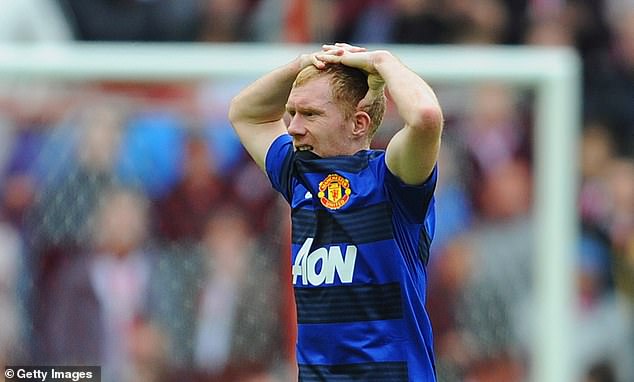 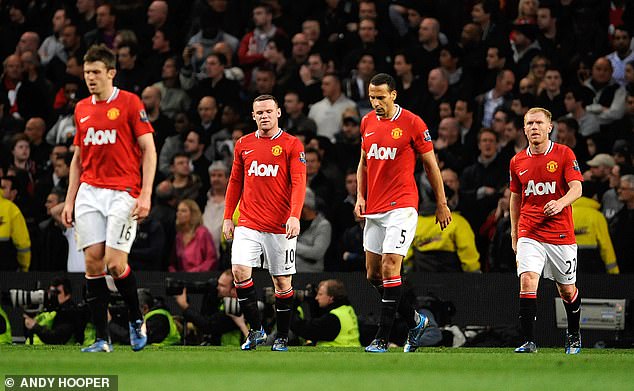 ‘All I knew growing up was you’re either a City fan or a United fan, so that was probably why [the City games felt bigger].

‘Liverpool was a big game but City was always the one for me.’ 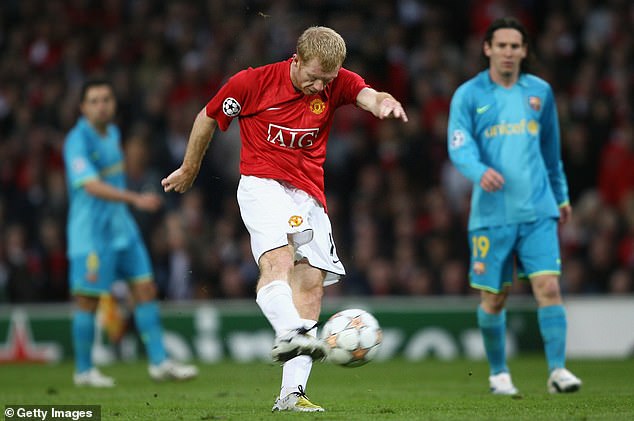 ‘If you’re trying to hit it that way with a bit of fade, it should go outside the post and then in the corner really.

‘I was thinking of just hitting the target to be honest with you. When it goes towards the keeper and that way [swerving to the right], you don’t mean that, no chance.’

Neville appeared shocked by Scholes’ explanation, and asked his ex-team-mate if he would at least concede that it was his most important strike.

‘It was the most important, yeah,’ Scholes acknowledged.