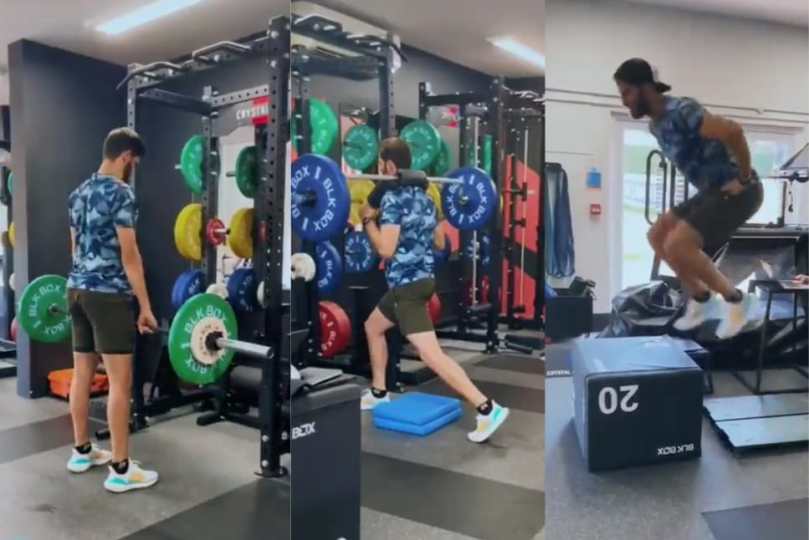 Pakistan T20 WC Squad: Shaheen Afridi Injury – Pakistani star pacer Shaheen Afridi is gearing back to return for the ICC T20 World Cup. The Pakistani speedster who missed the Asia Cup owing to a knee injury is keen on making a strong comeback to his team. Shaheen Afridi took to social media to post a video on how he is preparing himself for his grand comeback. Follow T20 World Cup 2022 LIVE Updates on InsideSport.IN.

Shaheen Afridi, one of the dangerous pacers in the arsenal of the Pakistani team is eyeing to wreak havoc on the opponents in the upcoming ICC T20 World Cup. With a couple of weeks remaining and the squad announcement for the T20 World Cup imminent, Shaheen Afridi was spotted training and sweating hard in the gym.

Shaheen uploaded a video to show his fans the progress that he has been making. The speedster was spotted lifting weights and doing squats and other various leg exercises to strengthen and recover his knee injury.

Shaheen, who was present at the Dubai International Stadium when India played Pakistan recently, travelled to London for his knee treatment. The PCB wanted him to get the best care in London with the hope the player recovers in quick time.

“The PCB medical team has been receiving daily reports over the knee injury status of Shaheen and we expect the bowler will be there with the national team to play against India on October 23 in the World Cup match,” PCB’s chief executive officer Faisal Hasnain told Dawn.